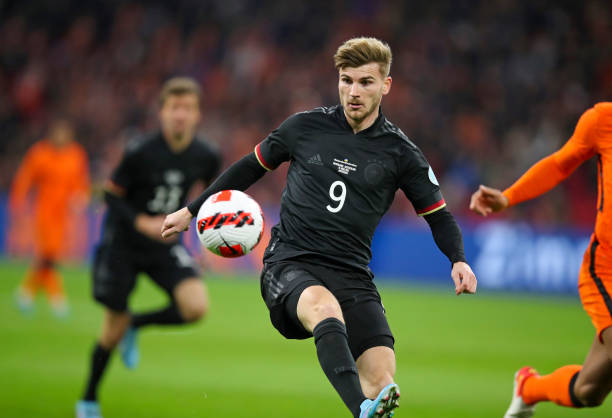 According to recent reports, which have only intensified over this ongoing international break, the 25-year-old – a £49m signing in 2020 – could be set to depart on a permanent basis once the current campaign is concluded at a cut-price fee after a disappointing stint in west London.

werner’s situation: does he Wait it out or move for cheap? 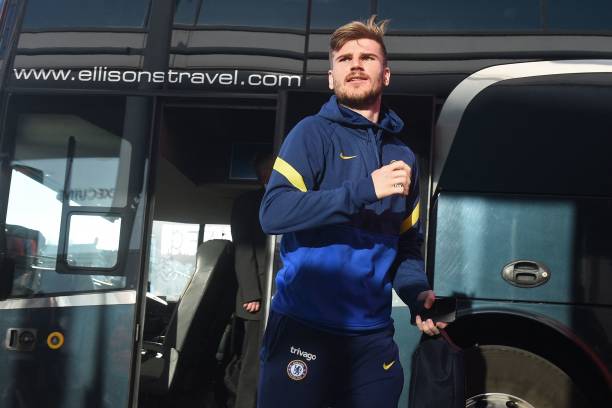 Werner has seven goals and four assists, but made just 15 starts across all competitions this season

Although the Germany international has netted seven and assisted four across all competitions, he has just two goal involvements in just under 750 Premier League minutes this season. Timo Werner’s second campaign at Chelsea hasn’t been particularly memorable, for either party.

That’s why it should come as no real surprise that recent reports are heavily linking him with the exit door at Stamford Bridge this summer, less than two years after the European champions sent social media ablaze after news confirmed they’d activated his £49m release clause.

Big things were expected of a player who notched 34 goals and created 13 more for RB Leipzig during the 2019-20 season, one soured by his decision not to stay for their Champions League one-leg knockout adventure after the COVID-19 pandemic halted football for a few months.

No smoke without fire 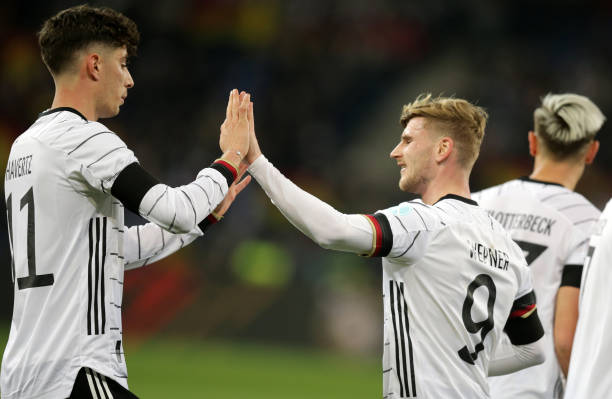 Werner celebrates his goal during their 2-0 friendly win vs. Israel with club teammate Havertz (left)

Instead, he has frustratingly flattered to deceive. While his tendency to miss big goalscoring chances upon occasion at Leipzig wasn’t exactly a revelation, it has been heightened under the microscope that follows Chelsea’s big-money signings with much more scrutiny than most.

He missed more big chances (18) than scored (6) in England’s top-flight last year, a number only Patrick Bamford (21), Mohamed Salah, Jamie Vardy and Chris Wood (all 19) had more of during the 2020-21 season. Wood, the lowest season-ending striker of that quartet, ended with 12.

So while the criticism of his volatile finishing is justified, it wouldn’t have been so intense had his goalscoring numbers been more polished overall. You can miss big chances, every top player does, but they can’t considerably outweigh your converted chances over the course of a season.

German news broadcaster Sport 1 have reported that the 26-year-old is working with his agent Volker Struth on a possible departure, naming €40m (£33.9m) as a transfer fee the Blues would deem fair as they look to reduce the financial loss suffered from a possible sale.

Borussia Dortmund have been linked, as I mentioned last week, though there are doubts whether BVB would manage to pay that and secure a Bundesliga return for Timo – especially considering their ongoing pursuit of RB Salzburg’s talented 20-year-old forward Karim Adeyemi.

We’ll wait and see, but those digesting his latest comments on international duty with Germany will highlight just how different things are once he leaves west London for the national team:

“Sure things aren’t going as I might like them to at Chelsea right now, that makes it all the more pleasant to come here, receive the confidence of the coach [Hansi Flick], get a chance to play, and score a goal.”