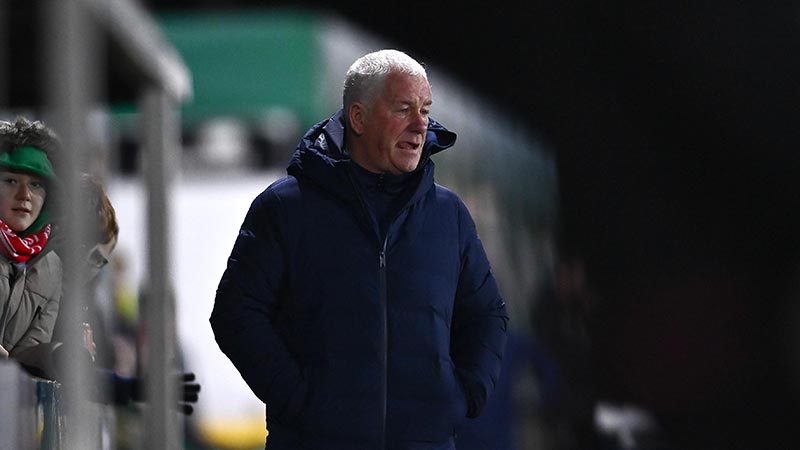 A rough first-half and slow-burning second eventually saw the spoils shared between Bray Wanderers and Treaty United in the battle of two First Division play-off hopefuls at the Carlisle Grounds. As far as both are concerned, they’ll need better and more clinical displays in future. 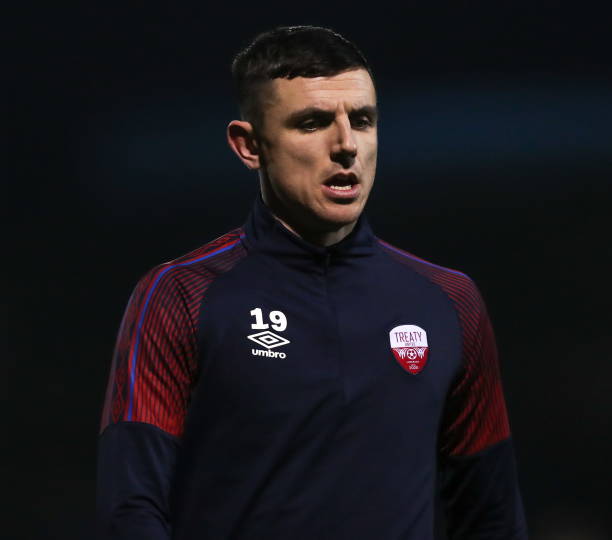 Enda Curran, pictured here vs. Cobh Ramblers, had an evening to forget in-front of goal

Both struggled to retain possession for sustained periods, with incisiveness and cohesion lacking in a stop-start affair as referee Oliver Moran was happy blowing his whistle where others might’ve let play flow. This slower pace invited soft fouls and not much in the way of goalmouth action.

While it proved fleeting, Treaty began the second-half in the ascendancy and should have scored. It wasn’t a surprise the game’s best chance fell to Enda Curran, after Monday’s matchwinner Dean George left Jack Hudson for dead and floated a great ball into the area.

Unmarked and with only goalkeeper Stephen McGuinness to beat, he managed to head over the bar from close-range. Not the sort of finish you’d expect from someone with his goal record.

Shortly afterwards, Stephen Christopher had a genuine penalty appeal waved away by the officials after jinking past two and being the latest to exploit the hosts’ right-hand side.

Bodychecked by Daniel Blackbyrne, a free-kick on the edge of the area was awarded – much to Bray’s relief. Having watched it once live and then with the benefit of multiple replays on stream, this didn’t appear the correct decision but there’s no VAR in Ireland to overturn such decisions. 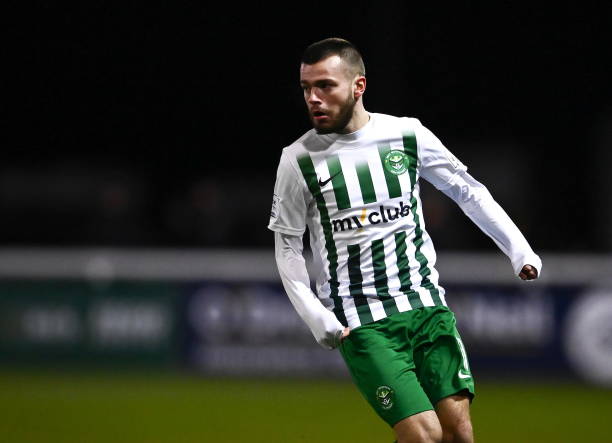 Paul Fox, pictured here against Cork, was a constant thorn in Treaty’s forward forays down his side

While Paul Fox and Keith Dalton were disciplined defensively, tough to bypass, the same couldn’t be said about the opposite flank. Buoyed by their loud travelling fans, Treaty persisted with wing play but it was the hosts who almost stole the show late on.

As though it suddenly dawned on them this was still there for the taking, Bray fashioned two quick-fire chances and more composure would’ve seen them break the deadlock themselves.

Darragh Lynch’s twinkle toes from the substitutes’ bench were key as he expertly teed up Robert Manley. Jack Brady was equal to it, making a strong diving stop to keep the scores goalless.

Then, Brady’s suspect positioning made him look like a sitting duck at his near post. Threaded through by Dean Zambra, Lynch beat the offside trap but curled an effort into the side netting.

Treaty threatened a late winner with multiple stoppage-time corners to crank up the pressure on their hosts, but crucially failed to execute anything of note and both sides were forced to settle for a point. It typified a frustrating, often ponderous encounter that will quickly be forgotten.