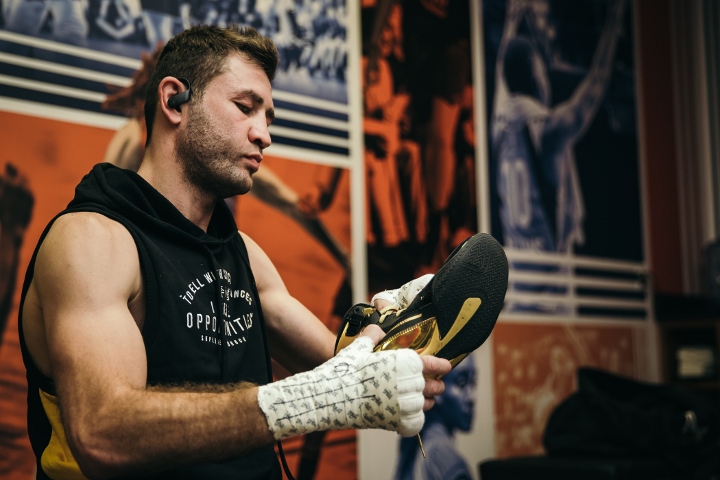 Ahead of their welterweight bout on Saturday, Chris van Heerden has dismissed Conor Benn’s boxing ability by describing the 25-year-old unbeaten prospect as an emotional, angry fighter who he doesn’t rate very highly – insisting a reliance on power will not do him any good this weekend in a matchup many aren’t exactly excited to see given Benn’s lofty title aspirations.

van Heerden: Benn is emotional, angry and cannot box with me 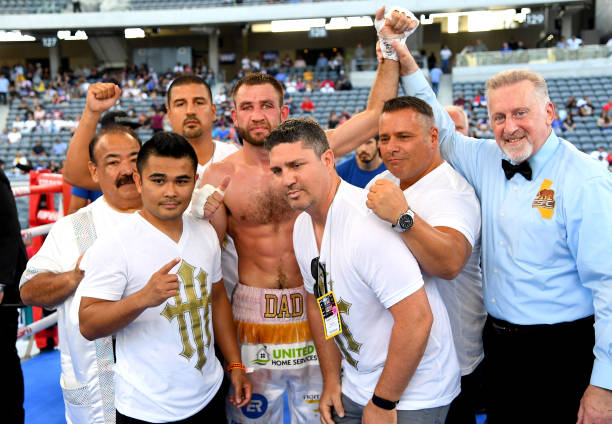 van Heerden (centre) poses with his team after beating Aslanbek Kozaev in Aug. 2019

It’s not the encounter most fight fans were hoping for, or expecting to see Conor Benn in, but this weekend is billed as another necessary rung on the ladder to asserting himself at world level.

After a thunderous fourth-round KO win over American veteran Chris Algieri on Dec. 11 last year, big things were expected of the 25-year-old in 2022 with names such as Adrien Broner, Robert Guerrero and Amir Khan’s conqueror Kell Brook being floated around by Eddie Hearn.

Instead he faces South Africa’s Chris van Heerden (28-2-1, 1 NC), relatively unknown outside boxing fanatics given his inability to regularly fight noteworthy opposition in 16 years as a pro.

Two months shy of 35, the southpaw is hoping to absorb Benn’s best punches and ultimately snatch the Brit’s shine this weekend in search of a late career resurgence – seven years on from an eighth-round TKO defeat by Errol Spence Jr for his then IBF international welterweight title.

“I’m a much better boxer than Conor Benn, he’s an emotional, angry fighter in my opinion who relies on his power and cannot box with me. He’s a power puncher, I don’t rate him as a boxer. I feel the Benn last name put him in the positions that he didn’t need to work that hard for.

Orthodox fighters always have some sort of trouble, it’s not the easiest, that’s definitely going to play a factor in my opinion. They see it as a stepping stone fight for Conor, but I see it as a coming out fight for me. This is where I shine and people say, ‘wow where has this kid been?’ I just never got a fair shot.” 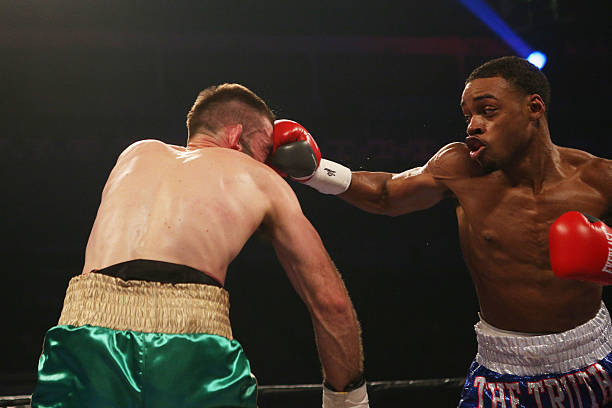 WBC, IBF champion Spence, who faces Yordenis Ugas elsewhere this weekend with three versions of the world title on the line, hasn’t looked back since that night in September 2015.

van Heerden meanwhile, can’t wait for the chance to test himself against one of the division’s fastest rising contenders – in a UK main event no less with 20,000 slated to be attending.

“This is why I started boxing, because of opportunities like this.

I’ve always wanted to fight in the UK, never fought in front of a crowd this big – it’s going to motivate me – now I’m finally getting my shot. I lived for this moment, visualised and it’s why I wake up every morning.”

Having racked up five wins after the Spence loss, van Heerden was thrust into an intriguing fight with Jaron Ennis (#2 WBO, #3 WBA, WBC, IBF) for the vacant IBO welterweight title in Dec. 2020.

The fight was stopped and ruled a no contest after van Heerden sustained a severe forehead cut from an accidental head clash, prematurely ending another shot to fight an American rising star.

In the 16 months since then, Benn has produced contrasting wins over Samuel Vargas, Adrian Granados and Algieri – and is now ranked #5 in the WBA and IBF, as well as #7 by the WBO. He’ll be eager to produce another standout showing Saturday, then onto a big summer showdown.