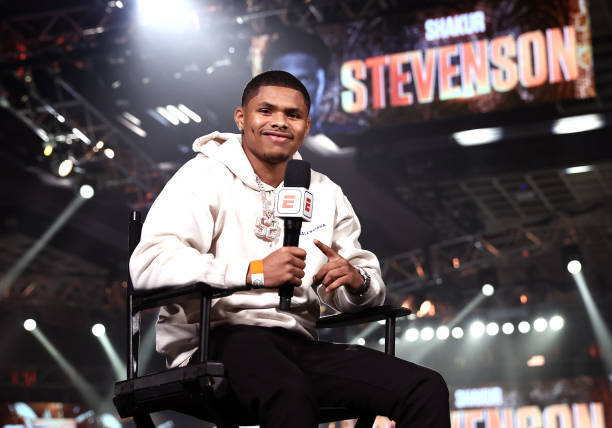 Ahead of their super-featherweight unification battle on Saturday night, Shakur Stevenson feels this matchup will help him turn into a superstar. Oscar Valdez, a clear underdog, praised undisputed super-middleweight champion Canelo Álvarez’s influence from regular training with his stablemate and believes those nuggets of wisdom can prove decisive this weekend. 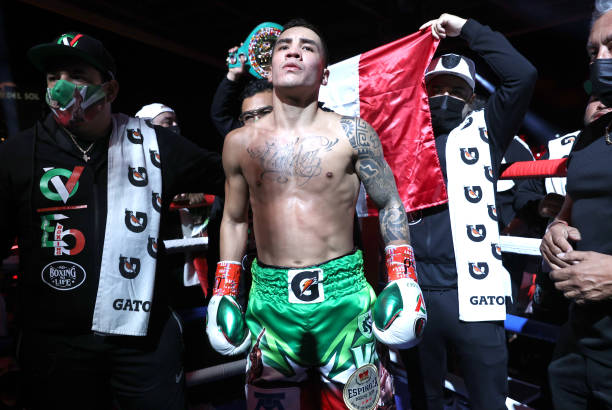 After an impressive R10 TKO win to dethrone WBO titlist Jamel Herring in late October, Shakur Stevenson feels he’s only scratching the surface of his potential and believes Oscar Valdez will prove the perfect foil in his ascent to superstardom late on Saturday night.

The 24-year-old recorded as many decision wins (8) as stoppage victories before taking on a familiar foe in Herring last autumn and, at least in the interim, has responded well to criticism challenging him to be more clinical with his in-ring work against perceived weaker opposition.

“I want to thank Timothy Bradley, he was criticising me, calling me boring. I wanted [to put on] a fun fight, to show my boxing skills, defence, power and showed everything tonight.” – Shakur after his impressive Oct. 24 victory

If he can produce similar against Valdez, a fellow undefeated champion, the expectation is his star will only rise further before he opts to go up to lightweight.

During an interview with Bradley’s ESPN colleague Mark Kriegel, he said people will have their eyes opened while praising his opponent’s durability:

“I think this fight gonna turn me in to a superstar, feel like a lot of people gonna be tuned in on this fight. A lot of people, they might make me the favourite, but a lot don’t really understand how good I am yet, how badly I could beat up Valdez.

He’s a dog, somebody who don’t take no for a answer and won’t quit. He wanna punch you when you punch him, see who punch the hardest. I’m just not that guy for the job that he think that we about to go in there and do.

I feel like this the biggest fight of my life, definitely focused and after I beat him up, the world gonna look at me different.”

Valdez (30-0, 23 KOs) is a two-weight world champion and rose in prominence after dominating compatriot Miguel Berchelt last February. Heading into that, Oscar was similarly a significant underdog and quickly addressed it post-fight, thanking the critics for providing motivation.

Gervonta Davis’ inactivity at 130lbs saw Tank eventually stripped of his WBA super-featherweight title in December, so Venezuela’s Roger Gutierrez has been elevated to sole champion.

He and Japan’s Kenichi Ogawa are both relatively new titleholders at the weight, though there appears no desire from Shakur to target undisputed status if successful as promised.

The same cannot be said for Valdez, inspired by stablemate Canelo Alvarez’s success and highlighted the influence he has had.

After establishing undisputed status at 168lbs late last year, Canelo is gearing up for a return to light-heavyweight as WBA champion Dmitry Bivol awaits in his next challenge on May 7.

“I want to accomplish everything that [Alvarez] has, to one day be unified, the undisputed champion and then go up in more divisions. That’s something I’ve always dreamed of since I was a little kid.”

Will Valdez join him in being Eddy Reynoso’s second unified champion this weekend? I’ll have coverage of the fight, as well as Katie Taylor vs. Amanda Serrano, with both big championship fights set to unfold – at specifically-set contrasting times – in the early hours on Sunday (BST).