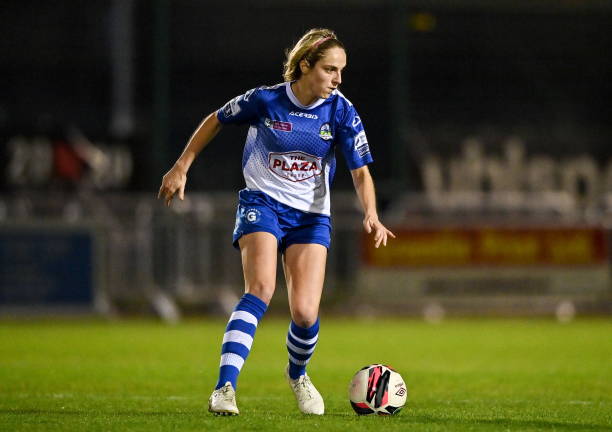 They were gifted an early lead, conceded twice in quick succession before half-time but Julie-Ann Russell’s 86th-minute deflected equaliser helped wrestle back a gritty point for Galway during their frantic 2-2 draw with title-chasing Wexford Youths at Eamonn Deacy Park tonight.

Wexford fail to capitalise on other results 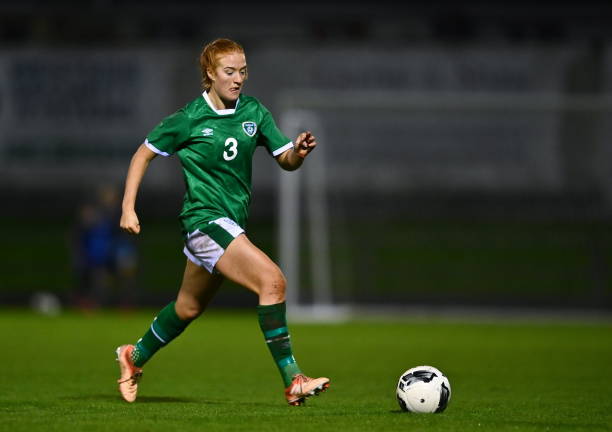 Brennan, pictured here on international duty with ROI, was key going forward for the hosts

They could’ve won it in stoppage-time too, but unmarked substitute Maya Rutland hit the far post after she latched onto Shauna Brennan’s looping free-kick delivery flashing across the box.

Fellow attacking subs Lauryn Gamache and Aoife Thompson were also threatening without reward in a slow-burning second-half, as Galway ensured Wexford did not benefit from second-placed Peamount United dropping points at home in a 1-1 draw with Bohemian earlier today.

Visiting goalkeeper Maeve Williams will not look back at this game fondly, having made a grim error early on before failing to produce a matchwinning intervention when called upon as the visitors’ last line of defence in the final stages.

Becky Walsh’s scrappy opener from the aforementioned mistake, just two minutes in, suggested this would not be plain sailing for Stephen Quinn’s side.

After a sluggish initial response, they netted twice in three first-half minutes through Becky Watkins and a Kylie Murphy penalty to cancel out that forgettable defensive breakdown.

Goalscorer Walsh relinquished possession cheaply in the build-up to the visitors’ equaliser, but Watkins still had plenty to do on the edge of the area as she let fly after Ellen Molloy’s pass.

Still reeling having just conceded a cheap goal, Galway failed to clear their lines and Kate Thompson panicked after a corner was poorly dealt with. 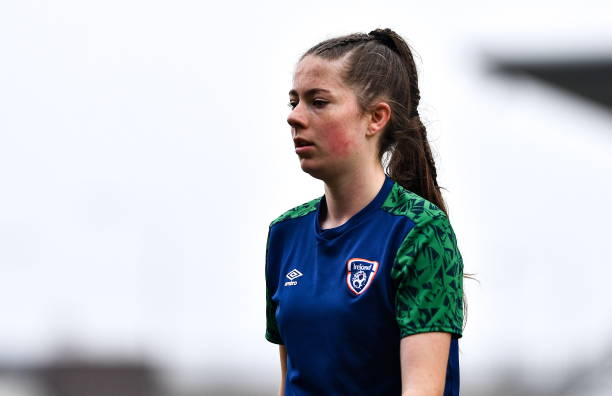 Thompson, an ROI U17 international, panicked into a desperate challenge as Galway lost their lead

She slid in late on Freya de Mange, didn’t win the ball, and none of her teammates had any complaints as the referee quickly pointed to the spot.

Murphy slotted home from twelve yards and just like that, Wexford were firmly in the ascendancy. Passing with purpose and looking dangerous in transition, Galway goalkeeper Abbiegayle Ronayne had to remain alert as half-chances weren’t in short supply.

The second-half was noticeably different though, a stop-start affair punctuated by fouls aplenty and stoppages as the hosts gradually got back into proceedings. It felt fitting then that their best player on the evening, Russell, was the one who fired their deflected equaliser.

She let fly, the strike deflecting off Teegan Lynch, as Galway were rewarded for their persistence – restoring parity late on, snatching a share of the spoils.