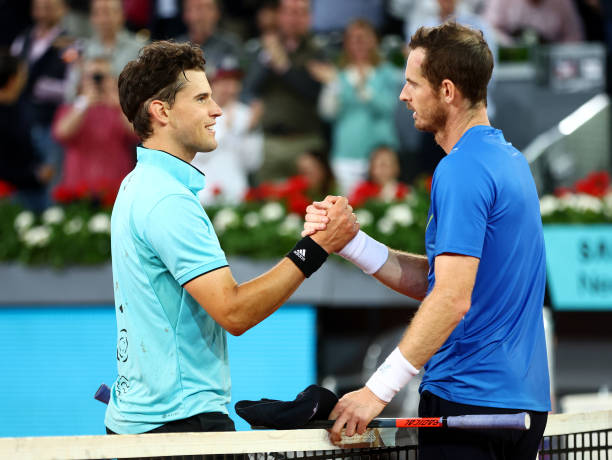 Playing only his fourth match of 2022 after enduring a troublesome year packed with persistent injuries, the US Open champion showed enough in his 6-3, 6-4 defeat to be happy about, against a legendary Major winner who turns 35 later this month but has persisted when things looked increasingly ominous, having himself struggled with injuries for over a half decade now. 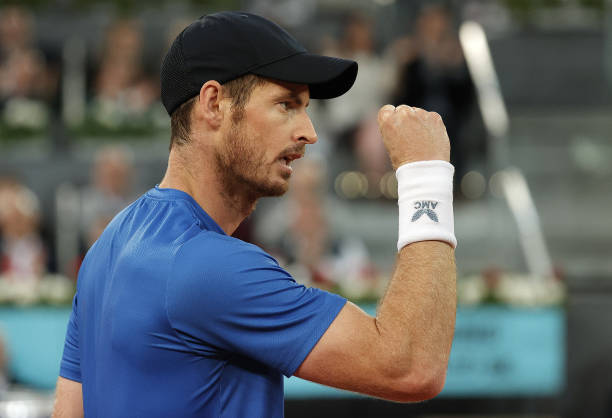 Andy Murray didn’t mask his happiness and you’d expect nothing less from the former world no. 1, having played some excellent tennis for sustained stretches and displaying his trademark persistence en route to a straight-sets win vs. 2020 US Open champion Dominic Thiem.

It would be disingenuous to suggest this is an in-form Thiem he played against, or even a fellow champion coming into this contest with any form whatsoever: despite some spirited resistance, the 28-year-old has now lost eight matches on the spin dating back to Rome this time a year ago.

He retired midway through his matchup with France’s Adrian Mannarino with a wrist injury complaint in Mallorca last summer and that set the wheels in motion for what has followed: extended periods on the sidelines, losing to players he’d often breeze past in years gone by.

After missing the opportunity to defend his first Major title at Flushing Meadows, the Austrian’s recovery didn’t go as smoothly as planned. Murray, who has missed ten Grand Slam tournaments himself since withdrawing two days before the 2017 US Open, knows the feeling.

That’s why it wasn’t a surprise to see the pair exchange pleasantries at the net, with Murray offering some encouragement after a high-quality match between two great players, at different stages in their respective careers, having dealt with lingering issues hampering their prime years.

“Great to see you back, keep going, it takes a lot of time but you’ll be back,” Murray could be heard saying on Amazon Prime Video’s coverage and Thiem, 28, was graceful as ever in defeat.

Thiem, whose career best results have predominantly come on clay, finds himself in an unenviable predicament as this year continues. Not yet close enough to his best performance levels, he needs match sharpness and more reps if he’s to close the gap on the competition.

Twice a beaten Finalist (2017, 2018) and bested by the eventual champion in the semis (2019, 2021) at this tournament, the early exits continue for a man everyone is used to seeing go deep in competitions – irrespective of surface. While his forehand faltered here, there were positives:

As for Murray, a familiar foe awaits him in the second-round on Tuesday afternoon (17.30pm BST) in last year’s Wimbledon semi-finalist Denis Shapovalov. The 23-year-old Canadian, seeded 14th here, held his nerve to beat France’s Ugo Humbert 7-6, 6-3 in the night session.

Shapovalov ended Murray’s SW19 run with a straight-sets R3 victory last July before paying homage to a man he’s long admired, not least given how he’s prolonged his career after it looked for all the world like retirement was a foregone conclusion following double hip surgery.

Having produced some excellent shots and served well at times (nine aces, 78% of first serve points won), will his second-round hoodoo continue against another top player tomorrow? After all, he previously revealed he wouldn’t compete on clay this season before changing his mind. 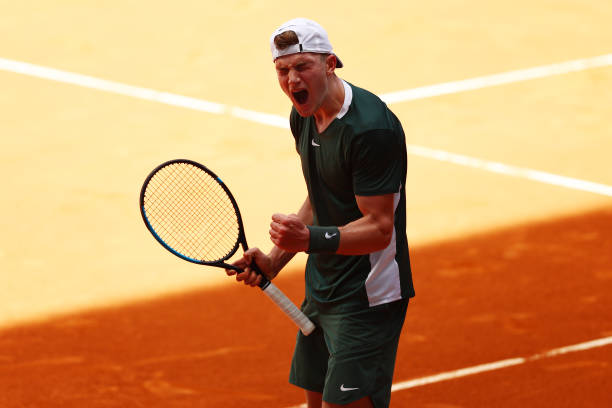 Draper celebrates after his impressive victory over Sonego, inching him closer to the world’s top 100

Jack Draper’s quiet rise continues, as the 20-year-old wildcard was another progressing into round two — winning 6-4, 6-3 in just under 100 minutes vs. Italy’s Lorenzo Sonego on Sunday. It doesn’t get any easier for him, with Belgrade champion Andrey Rublev [6] up next tomorrow.

Dan Evans won by the same scoreline, albeit in different sets (6-3, 6-4) against Argentina’s Federico Delbonis and will await the Jenson Brooksby vs. Roberto Bautista Agut [17] victor in R2.

Madrid matchups: Tuesday not one to miss