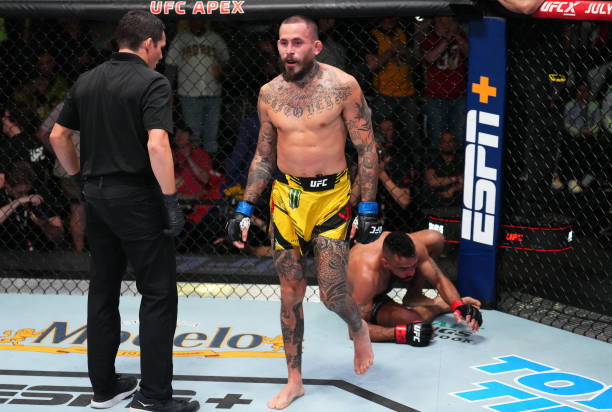 Despite absorbing a record-breaking amount of damage on Saturday night, Marlon Vera – armed with multiple knockdowns – comprehensively outpointed Rob Font over 25 minutes in the evening’s main event, a result that has seen his bantamweight ranking rise to #5 in this week’s update and will undoubtedly and attract attention of other budding title contenders. 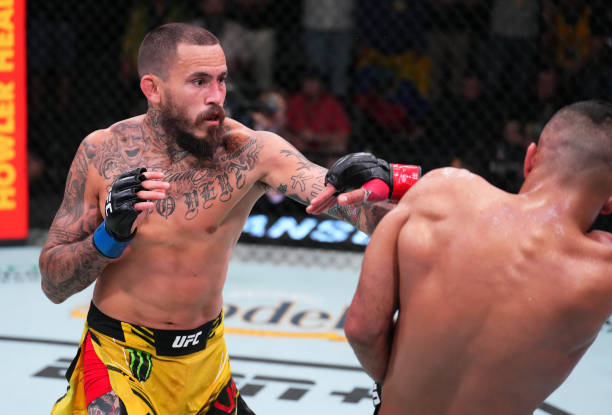 In his first main event showdown, Chito rose to the occasion against a boxing-centric Font display

The smile etched across his face during the conclusion of the middle rounds said it all, Vera was oozing confidence? For all of Font’s significant strikes landed, the Ecuadorian frequently beat him to the punch, connecting with more impactful work to seriously outgun a top-5 opponent.

Speaking of facial expressions, you just had to glance at Font. He couldn’t make one if he tried, such was the fiery combinations and deadly damage the 34-year-old absorbed at will here. 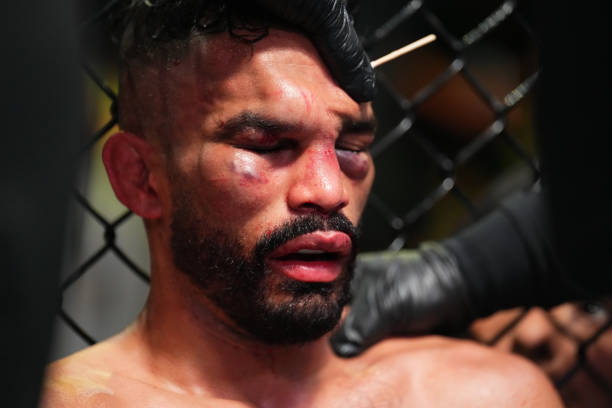 Font’s face wearing all the damage from another strike-heavy feast, five months after his Aldo loss

For someone turning 35 next month, it’s becoming difficult – but still not impossible – to imagine him regrouping the same way his training partner and friend Calvin Kattar did after experiencing the Max Holloway lesson. Kattar (#4 FW) has a headliner vs. Josh Emmett (#7) on June 18.

That was Vera’s 11th promotional win, now tied-third for most in UFC bantamweight history.

Four have come in the last 21 months, from snapping Sean O’Malley’s unbeaten record and avenging his Davey Grant loss in a Fight of the Night clash, to a vicious front kick KO against former champion Frankie Edgar at UFC 268 which sent fans purring. How far can he take this?