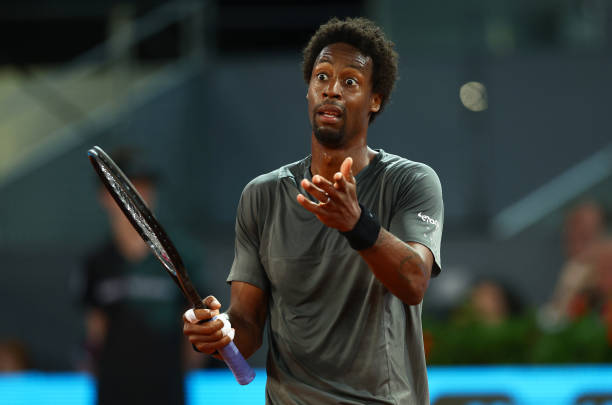 Hampered by the issue since Monte Carlo last month, the 35-year-old cannot move properly on court and withdrew from this week’s Lyon Open – a warm-up event for Roland Garros.

Former world no. 3 Elina Svitolina (#33), Monfils’ wife, will also be absent for the foreseeable future after the pair announced Sunday they’re expecting their first child, a baby girl in October:

With a heart full of love and happiness, we are delighted to announce that we are expecting a baby girl in October 👼🏽❤️ pic.twitter.com/y8EwwO6Htf 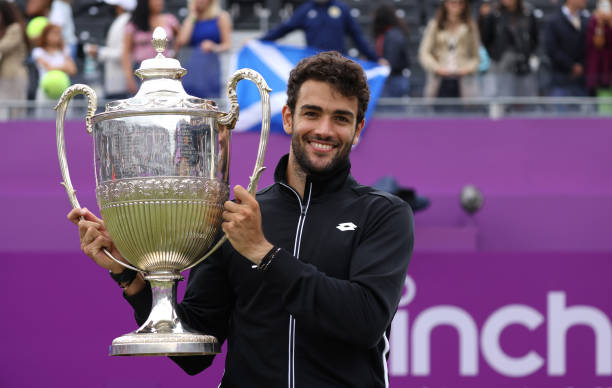 Having undergone wrist surgery in March, the world no. 9 has decided with his team against risking these upcoming summer months by abandoning an effort to be fit for Paris next week.

“Following a very positive update from my medical team, I am now back on-court training at a high level. My hand is feeling great, I’m working hard to build up my match fitness.

My team and I have made the decision that going straight back into five-set matches on clay at Roland Garros would not be sensible, therefore I will delay my comeback to compete in the full grass season.”

Berrettini, who reached the quarters in Paris last year before losing to eventual champion Novak Djokovic, has reached the last-eight or better in each of his last four Major appearances. 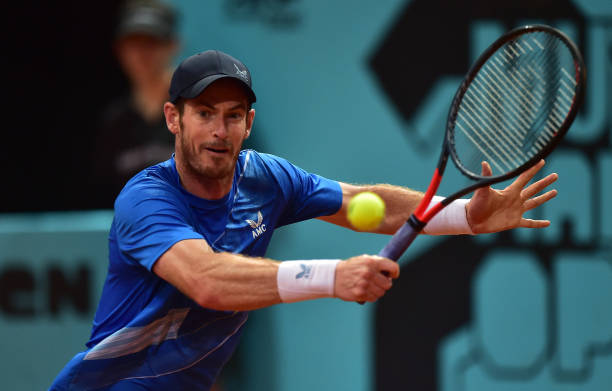 Andy Murray, who celebrated his 35th birthday on Sunday, has withdrawn from the French Open and instead will focus toward ramping up on grass with an eye on Wimbledon in six weeks’ time.

He previously declared he’d skip the whole clay-court season but changed his mind, taking a wildcard into Madrid earlier this month.

There, the three-time Major winner displayed some vintage play from his prime en route to morale-boosting wins over Dominic Thiem and Denis Shapovalov, but withdrew with illness hours before what would’ve been a first clash in five-and-a-half years with familiar foe Djokovic. 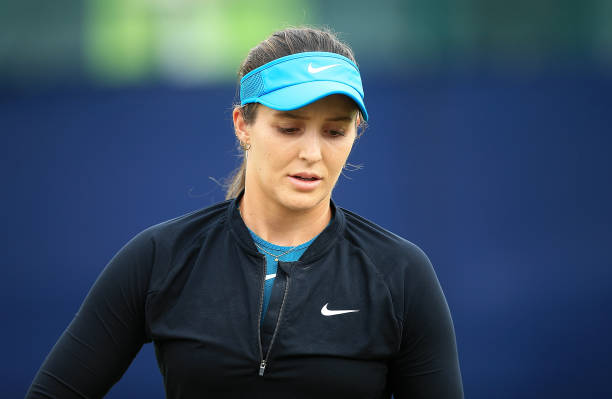 Robson in action during the Nature Valley Open in 2018, one of her final events on tour

Former junior Wimbledon champion Laura Robson, who partnered Andy Murray to an Olympic silver medal at London 2012, has announced her retirement due to persistent injury problems.

The 28-year-old, who underwent three separate hip surgeries, was last in action at an ITF tournament in 2019 and has quickly proven a valuable asset when featuring as an analyst and commentator on BBC and Amazon Prime’s coverage across tour events of late.

2008 Australian Open finalist Jo-Wilfried Tsonga, who has reached the last-eight or better at each Major at least three times in his career, will retire following his home Slam kicking off next week.

Set to be passionately granted a wildcard at Roland Garros, the 37-year-old – plagued by troublesome injuries across the last half-decade – has gone 3-9 in singles matches played so far this term and was bested 6-4, 6-4 by Slovakia’s Alex Molcan earlier this afternoon in Lyon.

“In France, I always feel at home. For tennis, I had to leave my family and region very young, so feel at home when I’m on French territory.

I am very happy with what I’ve experienced through tennis and what I’ve done, I’d prefer to have done even better, but I’m largely satisfied.”

The veteran Frenchman has failed to surpass R1 at a Major in his last four appearances – dating back to Wimbledon 2019, where he reeled off straight-set victories over Bernard Tomic and Ricardo Berankis before a 6-2, 6-3, 6-2 loss by eventual semi-finalist Rafael Nadal. Speaking of…

Per tennis365.com, she told Eurosport:

“I followed what Rafa experienced in Rome and he knows himself better than anyone, it’s an injury he’s been living with for years. So, of course, there’s a concern for him first because we know how important coming to Roland Garros is to him and it’s probably shaped all of that, his legend, in a way.

So we’re following it, I would say carefully, but there’s nothing we can do – just obviously all crossing our fingers to get the best players in the draw.

Then, what would it mean if he were to eventually not play in the tournament? Obviously, he would be a miss.”