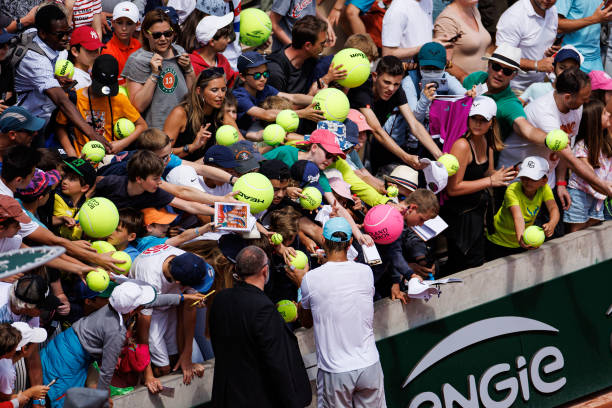 Ahead of Sunday’s first-round flurry of matches across both ATP and WTA circuits, an unbalanced men’s draw has predictably caused quite a stir before the year’s second Major. Read on to see which particular players will be fancying their chances of a deep run over the next fortnight on clay, while other rivals in different sections will be rueing their lack of luck…

Intriguing matchups: The state of play 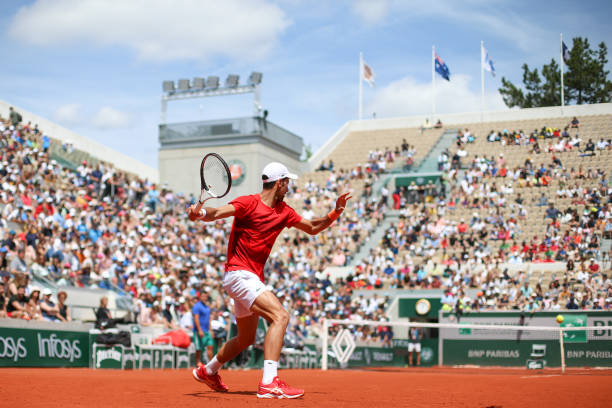 Assuming they win all their matches, reigning champion Novak Djokovic and Rafael Nadal will meet in the quarter-finals, the first time in as early a round as the last-eight since Paris in 2015.

Considering Nadal’s remarkable Roland Garros record as a 13-time titlist, as well as the fact Djokovic recovered from a set down to beat him this time last year in the semis, it’s a big deal.

After struggling with a chronic foot issue, 21-time Major winner Nadal has dropped to world #5 in the rankings, so seeding for this upcoming tournament allowed these permutations to play out.

Remember this? 2021: Djokovic, Federer and defending champ Nadal in same RG half

Carlos Alcaraz, a Masters 1000 winner in Miami and Madrid, is widely regarded as the toughest challenge for either man if they all embark on deep tournament runs as expected.

He and Olympic gold medallist Alexander Zverev have also been placed in the top half, while last year’s runner-up Stefanos Tsitsipas has been given a more favourable draw joining US Open champ Daniil Medvedev in the bottom half.

As for the women’s side, there are – as always – fascinating matches slated for the first three rounds. Four-time Major champion Naomi Osaka has been dealt an uneviable task vs. American rising star Amanda Anisimova, who beat her in R3 at the Australian Open earlier this year.

The 24-year-old is back in Paris, 12 months after withdrawing altogether after a dispute surrounding her mandatory appearances at press conferences.

It’ll be interesting to see whether she can build momentum and convincingly charge through upcoming opponents on her weak surface in clay, something that has been a widely held criticism of the Japanese through her career to date.

Meanwhile defending champ Barbora Krejcikova, who hasn’t featured since February with an elbow injury, will fancy her chances of another busy fortnight despite lacking match sharpness.

Two Majors after clinching a historic title in Flushing Meadows as a qualifier herself, Emma Raducanu makes her Roland Garros debut against one. If things go to plan, the teenage Briton could face Angelique Kerber in R3 and Ons Jabeur in the competition’s last-16.

Armed with a remarkable 28-match winning run, overwhelming favourite Iga Swiatek also opens against a qualifier, but if all goes to play may brace herself for a familiar foe come round three: a motivated former titlist in Simona Halep with new coaches, for the third time in four years.

Main draw action begins tomorrow, so stay tuned to moandsports.com for coverage as the year’s second tennis Major gets underway.