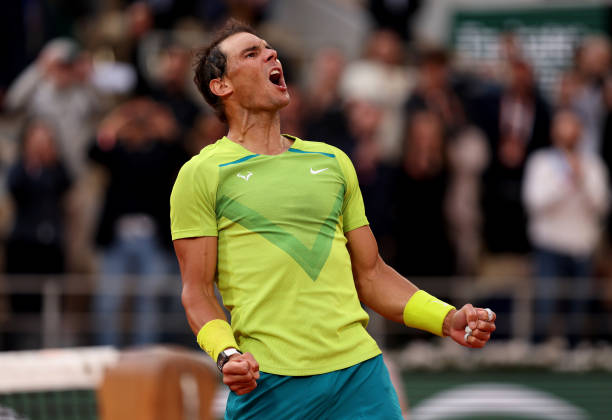 Four of the world’s top six, including the defending champion and 13-time tournament winner, are safely into Tuesday’s quarter-finals. Following straight-set victories for Novak Djokovic and Alexander Zverev, Felix Auger-Aliassime pushed Rafael Nadal to the brink during a pulsating five-set encounter, before Carlos Alcaraz outsmarted Karen Khachanov in the night session.

despite a late fightback, alcaraz through in straight sets 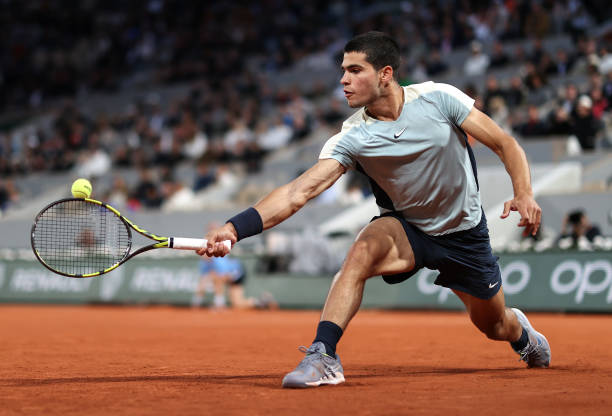 Alcaraz began like a house on fire and Khachanov finished well, but it just wasn’t enough

Carlos Alcaraz is the youngest man to make two Grand Slam quarter-finals since 2003, after a straight-sets victory over Olympic silver medallist Karen Khachanov in a real match of two halves which threatened to burst open late on, before the teenager showed nerve to hold firm.

It felt apt that Alcaraz, a Masters 1000 winner in Miami and Madrid over the past two months, was given the day’s primetime slot here – showcasing more of the exciting tennis that has electrified fans over the past year or so, unleashing lethal groundstrokes and deft drop shots.

Khachanov, to his credit, acquitted himself well after a 6-1 first set. It would’ve been easy for the Russian to go into a shell and labour his way to a comprehensive defeat, though he did enough to keep Alcaraz honest in what was ultimately a competitive exchange for the final two sets.

His first serve percentage improved, he hit more winners and saved multiple break points (7/10), but you can’t afford to be trailing against Alcaraz given the form he finds himself in right now.

Speaking of, he will next play the man he toppled rather emphatically in the Madrid finale – Olympic gold medallist Alexander Zverev [3] next after the German gritted his teeth to endure a topsy-turvy straight-sets win (7-6, 7-5, 6-3) over Spanish qualifier Bernabe Zapata Miralles. 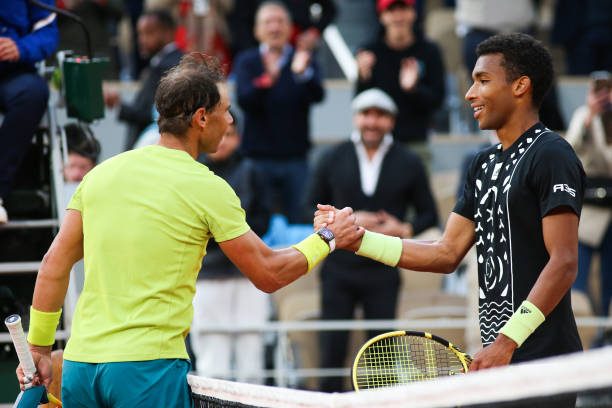 The pair embrace after a five-set battle that could’ve gone either way, but Nadal edged it

While the world no. 1 wasted no time dismissing Diego Schwartzman [15] in just over two hours 15 minutes to start the day on Suzanne-Lenglen, the King of Clay needed almost double that time on court before eventually ending Auger-Aliassime’s attempt at a maiden win over him.

It wasn’t a vintage display by the 13-time champion, but he raised his levels and gradually reduced his unforced error count as the scoreline swung away and the stakes intensified, maintaining pressure on Auger-Aliassime after an impressive hour on Philippe-Chatrier.

This graphic highlights Nadal’s ability to crunch down on his errors, as he took the lead

There are always peaks and troughs in five-set tennis, especially when you’re playing against a sporting legend like Nadal with experience to bank on. However, the end of Auger-Aliassime’s ascent mirrored the Spaniard’s rise on a day where those fine margins were again magnified.

You could be forgiven for thinking that would be that, wrapped up in four sets, but the 21-year-old Canadian did well to take matters into a decider. Hitting aggressively and pouncing on a few sketchy Nadal points, the crowd rose in his favour as they realised more tennis awaited them.

Just like against Daniil Medvedev in Melbourne though, Nadal produced some truly unstoppable points when things got tight at 3-3 to wear on and eventually outlast him.