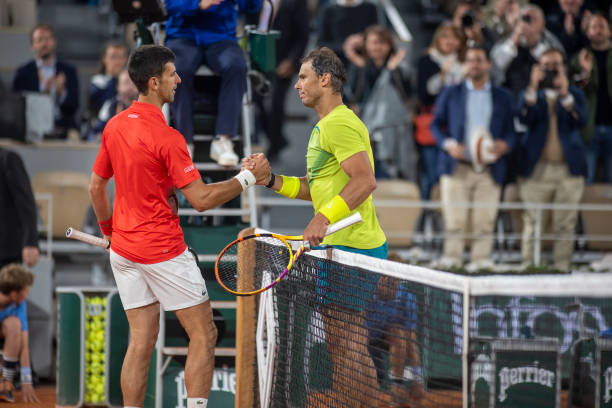 There will be two first-time semi-finalists on Thursday after big wins for Martina Trevisan and Coco Gauff during an eventful day session. Alexander Zverev showed nerves of steel, beating his first top-10 player at a Major and up next? Rafael Nadal, after the 13-time champion won a rollercoaster four-set battle against world no. 1 Novak Djokovic, finishing after 1am local time.

new territory for both: Trevisan vs. Gauff on Thursday 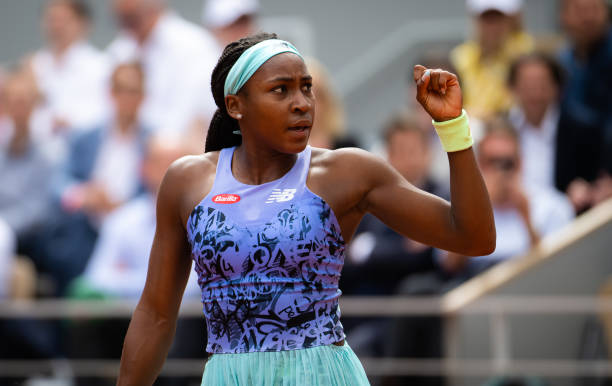 Redemption: Gauff celebrates clinching a crucial point during her straight-sets win over Stephens

There were a handful of astonishing misses the 29-year-old will want back, not least after doing well enough to prolong a first set that seemed done after half-an-hour on court.

But Gauff, armed with a purposeful start, was relentless and didn’t flinch to vary her shot selection when Stephens did the same, such was the intriguing baseline rallies between them.

Her serving, as good as it can be, remains hit-or-miss. As such, Coco had a mini wobble on serve in set two, but didn’t dwell on what she couldn’t change and held her nerve to break Stephens back before easing to a well-deserved victory. The scoreline didn’t tell the full story though. 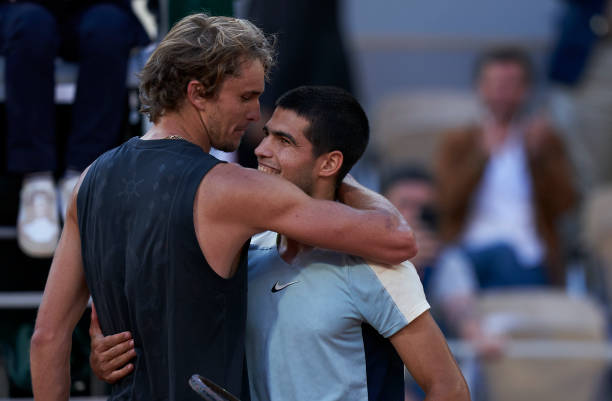 Revenge is sweet: Zverev and Alcaraz share a warm embrace at the net after their four-set tussle

As inconsistent as he’s been so far this year, Alexander Zverev entered this tournament as a dark horse and one many critics would’ve easily overlooked as far as their champion predictions.

Even still, no matter how good you are, recording 10 unforced errors in the first five games against him will only enthuse the German to play his best tennis, if he’s not already. That’s what happened here, as a slow-starting Carlos Alcaraz was duly punished by the Olympic champion.

Alcaraz’s drop shots were his kryptonite as the big man was repeatedly forced behind the baseline to defend during rallies before sprinting, scrambling to return a deft return near the net.

However, the teenage Spaniard was spraying forehands wide and missing shots he hasn’t done as often this year. Zverev was in the mood to send him, and all those naysayers, a message.

A big ace, after Alcaraz’s 32nd unforced error through 90 or so minutes, helped the world no. 3 to a two-set advantage.

He rallied and perhaps a little doubt crept into Zverev’s head with the scoreboard pressure on him at 4-5, serving to stay in set three as their competitive exchanges continued into a fourth.

However, an untimely double fault handed Zverev a 5-4 lead in set four. Despite breaking back at 5-5 and having a set point during the subsequent tiebreaker, it was the 25-year-old German who held firm and was simply speechless during his on-court interview afterwards.

A character-building victory after enduring a breaker that could’ve gone either way. 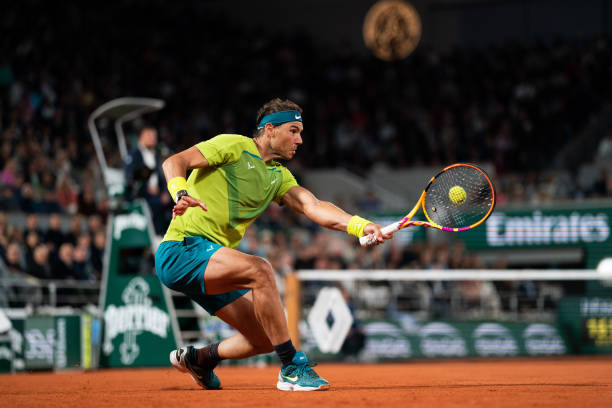 Buoyed by a brilliant start, Nadal refused to give Djokovic any breathing space and the pressure told

Speaking of character, Zverev will have the mammoth task of facing a surging Rafael Nadal on Friday in the semi-finals after the 13-time Roland Garros champion withstood a Novak Djokovic fightback, knocking out the defending titlist in another rollercoaster ride between the two rivals.

After seizing the initiative in a 10-minute opening game where Djokovic saved two break points but couldn’t save a third, Nadal was 6-2, 3-0 up at one stage during an eagerly-anticipated contest which looked unlikely to last much longer. There was still a twist or two to come, mind.

Djokovic’s first serve percentage was at unsettling numbers and Nadal happily punished him, pressing the issue to start both sets. In the second, the Serbian saved six break points. However, a thunderous forehand and volley at the net clinched another buffer after a 13-minute game.

Nadal repeatedly anticipated Djokovic’s rally shots, slamming winners in response, before an excruciating 18-minute game at 6-2, 3-2 with plenty of back-and-forth as well as surprising misses by both. The statistics said all you needed to know from the world no. 1’s perspective.

Djokovic’s level picked up a notch, just as Rafa’s dropped, and it was level again. Not for long: Novak’s serve again disappeared drastically and Nadal blasted his way into an early break, before recovering from 30-0 down to go a double break at 4-1 up, ultimately clinching the set.

Just as it seemed like we were destined for a fifth set, such was Djokovic’s determined start to the fourth, Nadal duly replied by saving two set points at 5-2 down. He produced some big shot-making, as he did against Felix Auger-Aliassime, with the crowd roaring him forward again.

Wednesday’s schedule, is as follows