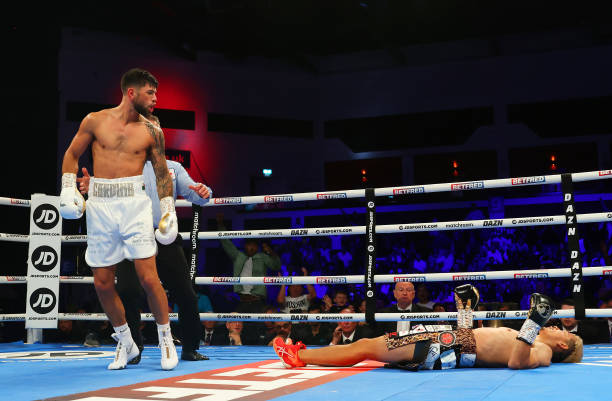 Joe Cordina became Great Britain’s second world champion from the 2016 Olympic team after blasting Kenichi Ogawa into submission with a punch-perfect second-round knockout this past weekend. While unified champion Shakur Stevenson was quick to put his hand up for a prospective future title matchup, the Welshman’s win has created more possibilities at 130lbs. 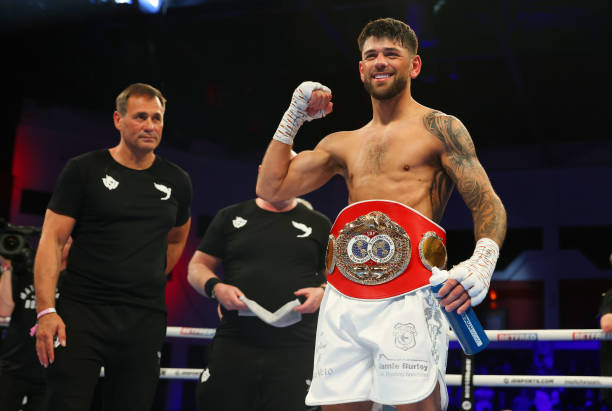 All smiles: Cordina, not known for being a big power puncher, iced Ogawa without warning

It was a showreel finish – an immediate KO of the Year contender – sure to give him bigger opportunities to come. It’s also the apex of his career to date, undoubtedly an inspirational tool.

Both for those coming up-the-ranks and other boxers in his age-group like friend and light-heavyweight contender Joshua Buatsi, sitting alongside Mike Costello on DAZN’s commentary ringside and couldn’t believe what he watched. They too long for unforgettable nights like these. 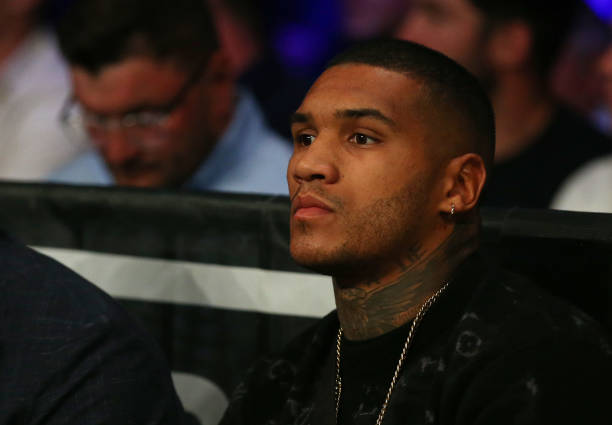 Conor Benn, who shares trainer Tony Sims with Cordina, was among the boxers watching ringside

This was billed as a 50-50 fight and perhaps, given their tactical early exchanges here, no-one watching ringside was expecting such an emphatic finish midway through round two.

Of the finishing sequence, the 30-year-old said: “We call it the Roberto Duran, we have been working on it all camp. It’s an amazing feeling when you put hours, hours and hours of work into a combination or a punch, then put it into a fight and it comes off. Lights out.”

Shavkatdzhon Rakhimov, originally set to face Fuzile before sustaining an undisclosed injury, received a step-aside fee so Cordina-Ogawa could be next.

Told y’all he the best fighter @ 130 from England.. I would love to come to England for some 💨 tho champ congrats @JoeCordina_91

A Top Rank official texted me that @ShakurStevenson would go to the UK "tomorrow" to face Joe Cordina. Fun fight, as is Roger Gutierrez.

As such, the Welshman’s promoter Eddie Hearn stressed the importance of not being hasty with regards to matching the new champion against Shakur so soon.

“It’s how you win a world title and people questioned the power of Joe Cordina. Tonight, he announced himself to the world. If Welsh boxing needed a shot in the arm, this is the young man to do it.

Shakur is an unbelievable talent but that is the sort of level of dream Joe has got to have, to become undisputed.”

WBA titlist Roger Gutierrez is set to defend his title against Chris Colbert’s conqueror Hector Garcia on July 10, with a whole host of interested parties who’ll be watching that matchup.

Zelfa Barrett, who won the European super-featherweight title on the Cordina-Ogawa undercard, is among those linked with a potential first defence for the Welshman.

Archie Sharp, the #1 WBO contender at present, will also be taking a close eye on what Cordina’s crowning achievement does as far as his next fight – one he’s hoping is against America’s burgeoning star later this year. Regardless, it’ll be interesting to see these matchups in full flow.