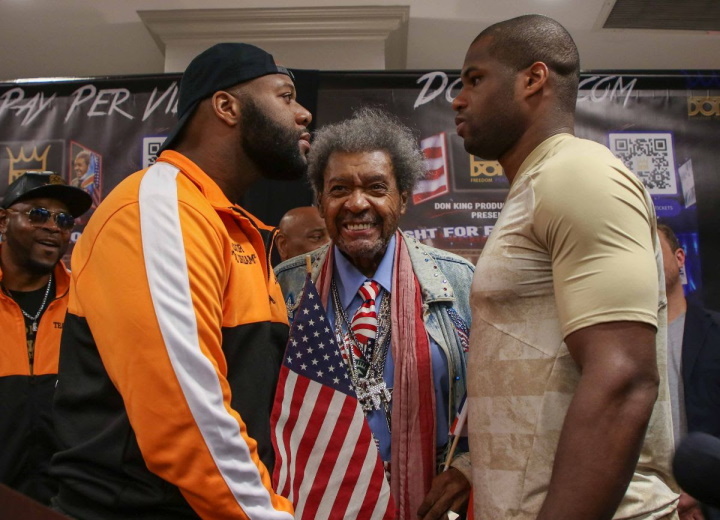 Rebuild continues: After defeat by Joe Joyce in Nov. 2020, heavyweight contender Daniel Dubois (17-1, 16 KOs) has said he’s naturally targeting the biggest statement possible as he returns to the US for another bout, this time against WBA (Regular) heavyweight champion Trevor Bryan. 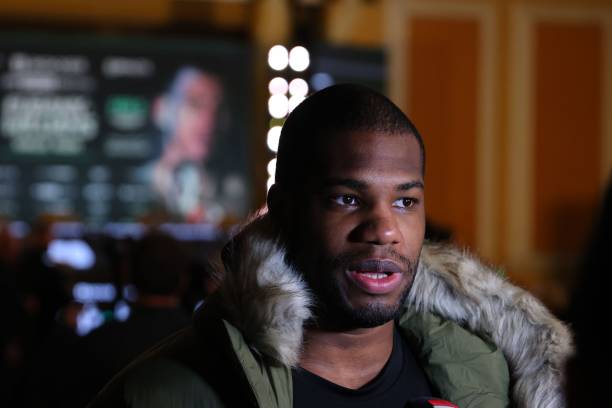 Slow and steady: The 24-year-old speaking to UK press at a boxing press conference earlier this year

After quick stoppage wins over Bogdan Dinu on his return and Joe Cusumano on the Paul-Woodley undercard in a three-month span last summer, Daniel Dubois didn’t need to be told that a step-up in opposition was necessary if his long-term plan was to actually bare fruit.

In the 560 days since his R10 TKO defeat by Joe Joyce, he’s already been more active and appears seemingly in-line for further progression with another victory this weekend – despite needing to recover from a broken left orbital bone and nerve damage around his left eye.

The winner of Bryan-Dubois will become the WBA’s mandatory challenger to two-division champion and reigning heavyweight titlist Oleksandr Usyk, whose set to defend his belts in a rematch vs. former two-time titleholder Anthony Joshua slated for mid-August in Saudi Arabia.

READ: July 2021 – Even after Carlos Takam weekend win, time is of the essence for Joyce

Joyce is set for a stay-busy fight on July 2 at London’s Wembley Arena, as part of a card featuring light-heavyweight contender Callum Johnson (20-1) with a host of unbeaten boxers elsewhere.

Many boxing experts are tipping Dubois to earn another stoppage against Bryan, who at 32, has rarely fought top boxers himself. An eleventh-round TKO win over former WBC heavyweight titlist Bermane Stiverne and split decision victory vs. Jonathan Guidry were his most recent two bouts.

As expected, Bryan was brash and defiant about how things will go this weekend:

“This is Trevor Bryan. See this face right here? Been here for, and will be here for a long time. I want to thank [Dubois] for coming all this way so he can get this ass whoopin’. I’m the WBA heavyweight champion and I’m here to stay.

I’m gonna be opening up membership for them to come on this team after I get done with this ass whipping. They’re gonna know June 11, I’m gonna be this kid’s nightmare.”

assessing the Moving pieces, with Fury-Hunter next month 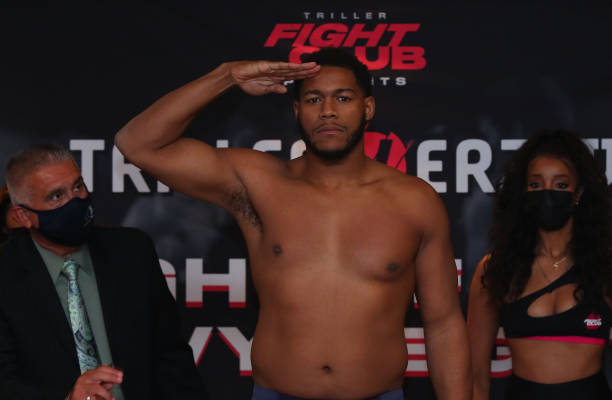 Hunter, here during the weigh-in for his most recent fight on Triller, has seen his stock fall of late

Although Saturday’s winner will be installed as the mandatory challenger, it’s unlikely they will get a full world title shot until early 2023 minimum – provided there’s closure on the Usyk-AJ series this summer. Especially after such a jarring first pro loss, is Dubois ready for that so soon?

Speaking of Joyce’s July 2 return date, the Dubois-Bryan winner is set to face whoever emerges from a WBA final eliminator between Hughie Fury (#4) and Michael Hunter (#2) in Manchester.

Hunter, once regarded as one of the world’s top-10 heavyweights, has seen his stock fall in recent years for multiple reasons since a split draw vs. now-retired Alexander Povetkin but you’d think he would provide a stiff test of Dubois’ credentials if both prevailed in their upcoming tests.

DDD can’t afford to look too far ahead though and is aware of what he needs to do this weekend, as he stressed during an interview with Sky Sports:

“This is an important fight, I’ve gotta fight my heart out, go in there, do the best I can and more. I’ve changed things up, we’ve made the necessary changes, so I’m all systems ready to go. It’s gonna be a totally different environment, I’m relishing that and just want to soak it in.”