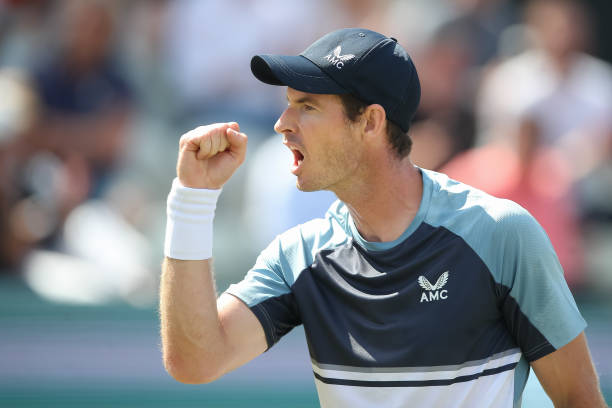 The 35-year-old’s decision to skip Roland Garros, instead focusing on being able to produce a strong Wimbledon campaign, appears to be paying off… having today recorded his first top-5 victory since 2016 after edging past Stefanos Tsitsipas 7-6, 6-3 in their Stuttgart quarter-final.

Could Murray sneak a top-32 ranking seed at SW19? 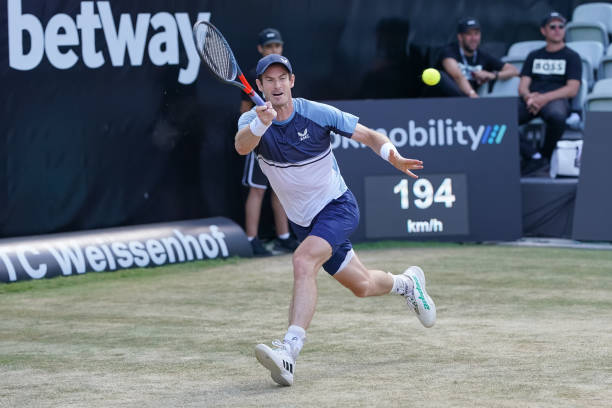 Momentum: Murray has six victories since May 30, over the course of two grass court tournaments

Having produced an impressive 100-minute win over Stefanos Tsitsipas earlier today, the three-time Major champion – was able to avenge a pulsating five-set R1 loss from last year’s US Open, the manner of which (bathroom break, delays and all) left him feeling hard done by.

As it stands, he’s now world no. 53. All things considered, the 35-year-old’s hopes of a Wimbledon seeding aren’t out of the question.

He’ll play a familiar face in unpredictable friend Nick Kyrgios on Saturday afternoon in the semi-finals, having now toppled a top-five ranked player for the first time in six years. 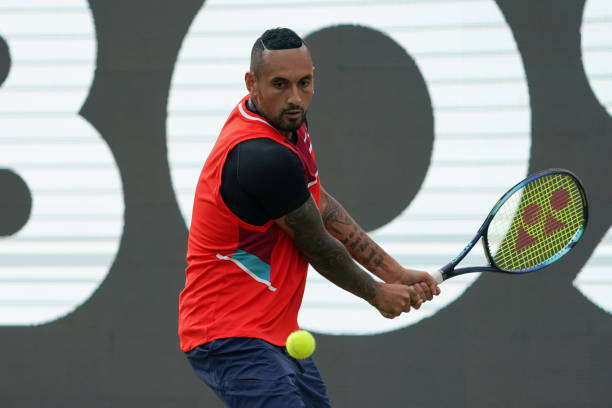 Kyrgios, who had a decent if unspectacular Stateside stint across Indian Wells, Miami and Houston, recovered from a set down to overwhelm Nikoloz Basilashvili on Thursday.

He led 7-6, 3-0 before Hungary’s Marton Fucsovics retired with an injury earlier today in one of the tournament’s other quarter-final matchups.

Murray meanwhile, saved a set point before pipping the Greek in a 7-4 tiebreak. After breaking the 2021 French Open runner-up to go 4-2 up in set two, he clinched a landmark victory shortly afterwards once asked the serve it out question.

Many have been quick to question Murray’s motivation for playing in recent years, considering his relative struggles with form and fitness after double hip surgery.

While previously not on the winning side, he’s shown a capability to match the world’s best and this victory will justify all the work from he and his team to continue, especially on grass when things haven’t always seemed particularly bright.

“It was an amazing atmosphere, almost full crowd, beautiful weather today – really nice conditions to play tennis. I thought I did well, he served unbelievably in the first set.

I felt like I had very few chances, but when he created chances on my serve, I stayed strong. I played a really solid tiebreak and in the second set, once I was in rallies, was dictating a lot of the points… it was a good performance.”

"They've got a few pints of beer, they're enjoying themselves" 🍺@andy_murray salutes his new army of fans at the #BOSSOPEN in Stuttgart pic.twitter.com/YiFEMYgoua

Victory against Kyrgios will see him provisionally rise to #47 with the potential to continue increasing, depending on results elsewhere this weekend, and there’s still Sunday’s final to come for said victor against Oscar Otte or last year’s Wimbledon runner-up Matteo Berrettini.

Alexander Zverev is sidelined indefinitely after his recent ankle injury, while Lloyd Harris (#37) and Roger Federer (#50) are both not on the entry list.

It’s not impossible to see Murray sneak into the top-32 seeds, if he keeps winning between now and June 27 – with four more events to come before then, should he feel 100% for more action.