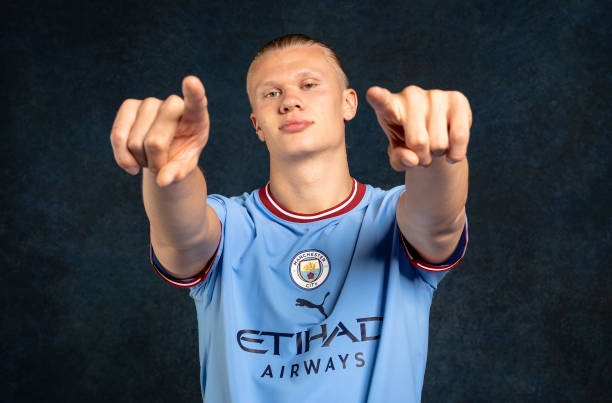 Jadon Sancho’s ‘scary hours’ tweet shortly after his £73m move to United was swiftly ridiculed by rival fans amid limited minutes and disappointing displays. His former teammate in Germany, Erling Haaland, has this week been unveiled as a City player – with an overwhelming feeling the striker’s impact will by contrast be a significant one felt immediately across Europe.

Haaland another signal of City’s intent for dominance 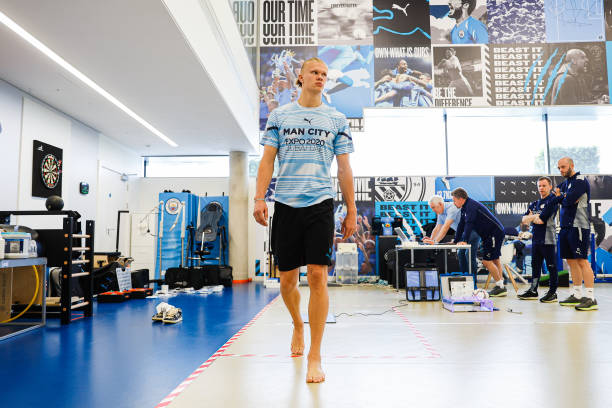 While speculation will predictably run wild in due course about his next move, after it emerged there’s an exit clause – €150m (£128.75m) active in 2024 – it was deemed a necessary sacrifice for the deal to be done, considering Real Madrid and others besides were lurking with persistence.

Haaland scored 27 goals and created five more in 29 appearances across all competitions this past season with a Dortmund side who finished x points behind eventual champions Bayern.

Those stats in the final third are despite the Norway international missing more than three months with niggling injuries – muscular issues, hip flexor and recurring problems in March.

As I wrote during this feature three months ago, BVB will have felt aggrieved their talismanic striker was sidelined for the biggest games. That underachievement on all fronts ultimately cost Marco Rose his job, with former interim head coach Edin Terzic being reappointed last month.

Back to the Citizens…

Although questions have also begun to surface surrounding how Pep Guardiola manages moulding Haaland into the sort of striker he wants to play with, Sergio Aguero’s incremental improvements even during the late stages of his prime under the Spaniard were clear to see.

An excerpt from The Athletic’s piece on the intricacies of Haaland adapting to Guardiola’s playstyle and gradually improving his link-up play earlier today reads as follows:

He’s not dreadful at first-time passes to a team-mate by any means, but the difference compared to the standard at City might be quite stark at first, such is the quality of his team-mates and how they can zip passes around.

A Haaland signature move is to drop deep, lay off a pass and spin in behind into the space he has created himself.

It is sometimes a little rough around the edges, and the reality of that at City would be a broken-down move, the opposition counter-attacking and Guardiola on his haunches in the technical area fearing what comes next. Not ideal.

But hone it properly and it could be deadly. Especially combined with all the movement and finishing and so much else that Haaland does inside the box.

For City fans, the thought of him finishing the half-chances he does, in a team that creates so many gilt-edged chances, is genuinely exciting. Shearer believes Haaland could score 40 PL goals in a single season, eight more than has ever been achieved by any of the league’s best players. That’s how highly rated he is.

When asked about just how good Haaland is and whether the potential (and hype) is justified, I’ve responded with the sort of enthusiasm City fans will have been building up for a while now.

He’s shown an uncanny ability to score goals when not playing well ala Fernando Torres in his prime, while growing into a machine-like specimen. At Salzburg, you couldn’t help think perhaps he was overperforming in-front of goal but two seasons with Dortmund quickly silenced that.

On his arrival, the 21-year-old was effusive in his praise for new manager Pep while revealing he’s looking forward to linking up with a myriad of world-class players across the existing group:

“This is a proud day for me and my family, I have always watched City and have loved doing so in recent seasons. You can’t help but admire their style of play, it’s exciting and they create a lot of chances, perfect for a player like me.

There are so many world-class players in this squad and Pep is one of the greatest managers of all-time, so I believe I am in the right place to fulfil my ambitions.

I want to score goals, win trophies and improve as a footballer, I’m confident I can do that here. This is a great move for me, I can’t wait to get started in pre-season.”

How do his new teammates feel? Rightly excited by possibilities 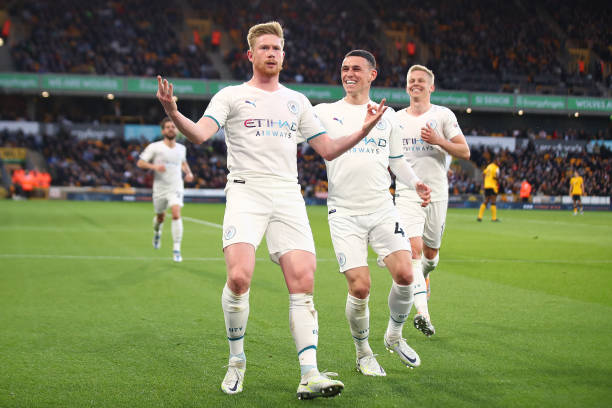 The feeling is evidently mutual. Creative midfielder Kevin de Bruyne, widely regarded as one of the world’s top players, paid homage to his new teammate by copying his famous celebration after scoring the third of his four-goal haul against Wolves during their 5-1 win in May.

While speculation links Raheem Sterling and Gabriel Jesus with the exit door this summer, there’s ample creative players who would fill the void while meshing well alongside Haaland.

Phil Foden turned 22 last month, Riyad Mahrez looks set to stay while £100m man Jack Grealish will be expecting to produce a much improved second season on Eastlands after his big move.

Bernardo Silva, like de Bruyne, is among the world’s best players and has again been attracting interest from Barcelona while Ilkay Gundogan – whose matchwinning contribution saw them clinch the 2021-22 league title on a drama-filled final day – could conceivably prolong his stay.

While title rivals Liverpool parted with €75m (£64.5m, £86m after add-ons) for Benfica’s Darwin Nunez, there’s no shaking the feeling City have acquired a more polished and exciting prospect to complete a frontline that has missed someone in the Aguero mould for two seasons now.

Considering the goalscoring chances they squandered in their unspeakable Champions League collapse against Real, that could prove the final jigsaw puzzle piece they’ve been longing for.

What are the experts, former coaches saying? 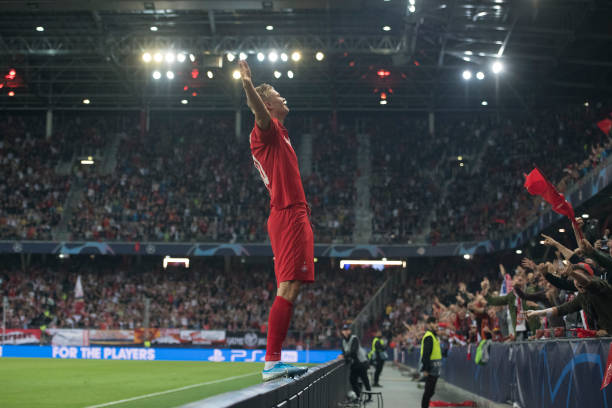 Haaland celebrates on an unforgettable night: a hat-trick on his Champions League debut vs. Genk

Haaland’s former coach Alf Ingve Berntsen, who gave Erling his maiden senior start as a 15-year-old at Bryne in Norway’s second tier, believes the star forward will settle quickly into new surroundings once more after doing the same twice in three seasons with different expectations.

“I have seen Erling score the same goals for many years, but it is not common when you grow older that you keep scoring. He is always just taking the next level and the next.

We began to talk quite early, from when he was 12, that he was something special because tactically, technically and mentally he is never afraid, he has enormous grit and we knew that in a few years, when he was strong and fast, this would explode. But you never know, he could have got bored of football.”

Former Norway striker Jan Age Fjortoft, who spent six years in England across four teams and two divisions, told BBC Sport for a feature last month that he didn’t doubt Haaland and the 21-year-old’s team would make another wise choice when it came to his latest destination.

“In general it is good for every athlete to have a good team, especially when you are doing all these things Erling is now, step-by-step, bigger and bigger. It is good to have a dad or person who has been there before.

As I know Team Haaland, I see how they have chosen his clubs before and they use a method. They go through every aspect of every club – that’s why he said no to Juventus when he was at Salzburg, why [they rejected] no to Manchester United when he went to Dortmund, because it didn’t fit his career. When they do the decisions now they are a team, they discuss these kind of things.

On his suitability and playstyle:

“There was a time when the big number nines were a bit out of fashion but now a lot of clubs see they need that kind of striker – when you have all these quick players in and around the box, you also need this big No. 9.

He’s not only very strong and a typical No. 9, he’s also very quick, so has the ability to play in behind a back four or three of any team. In modern football, where counter-attacks are very important, he also fits the bill.”

Be sure you stay tuned to moandsports.com, as I’ll have more analysis pieces like these for big-money signings over the summer months as transfer speculation rumbles across Europe.