Two Eastern Conference playoff contenders are among the teams targeting a noticeable upgrade at center this coming offseason and so Utah Jazz big man Rudy Gobert returns to the rumour mill once again as uncertainty shrouds the franchise after Quin Snyder’s resignation. 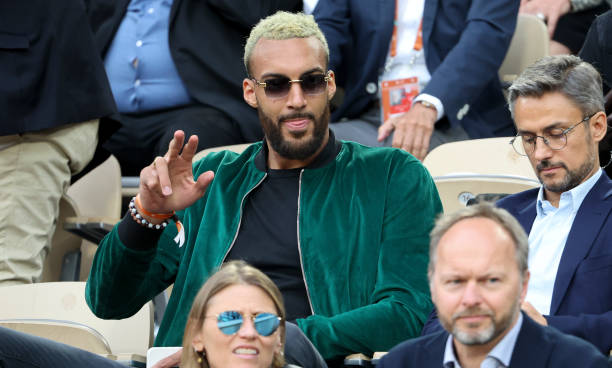 Per reports from Bleacher Report’s Jake Fischer, both the Atlanta Hawks and Chicago Bulls have been linked with the three-time Defensive Player of the Year’s services this summer as uncertainty surrounding Utah’s long-term future remains following Quin Snyder’s departure.

In the piece hyperlinked above, he eluded to Toronto being a potential trade partner as they get to grips with OG Anunoby’s reported disatisfaction with his role among this Raptors group.

He spoke about the leaguewide uncertainty surrounding whether Utah would actually part with him as well as addressing the financial constraints that might scupper a Raptors trade package:

While there’s much debate both around the league and among Utah staffers about whether moving Gobert, the Jazz’s true defensive lynchpin, is the most effective avenue to improving Utah’s issues guarding on the perimeter, Anunoby would clearly pose as a tremendous addition for any team lacking on the wing.

Including Trent [Gary Trent Jr], another two-way perimeter force, would make the math work, but that cost might be too rich for Toronto brass and leave the Raptors with little proven shooting. Early word from league personnel has also suggested the Raptors value Siakam more than Gobert. 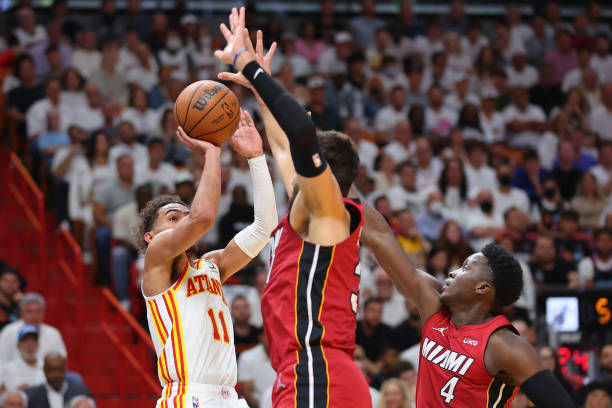 Young defended by both Max Strus and Victor Oladipo, in a tough playoff series for the star guard

Atlanta had a tough season which ended in a humbling five-game R1 playoff defeat by the savvy Miami Heat, but naturally want to improve and better build around franchise star guard Trae Young while proving their 20-21 Conference Finals appearance wasn’t merely overachievement.

They might have to fork a hefty price for Gobert though, who turns 30 this coming week.

“There has been plenty of talk among league personnel that some combination of [Clint] Capela, John Collins, Kevin Huerter and the No. 16 pick could be routed to Utah for the three-time DPOTY.”

Chicago? Zach LaVine appears primed to sign a new contract extension this offseason, and if that’s the case, they’ll pivot towards strengthening their core even more than they did last term.

They are reportedly exploring the trade market for two-time All-Star big man Nikola Vucevic, who had a disappointing first full season with the Bulls in 2021-22 but just like Atlanta, might have to ponder trading away more than they’re comfortable doing to capture Gobert’s services.

“The Bulls do not appear willing to include Patrick Williams alongside Vucevic in a trade package for Gobert.”

Gobert could remain put again, we’ll have to wait and see. Stay tuned to moandsports.com for more trade news, speculation and analysis as the offseason continues unfolding.