Withdrawn from the Nottingham tournament with another niggling injury earlier this month, doubtful for Wimbledon… the knives are well and truly out in force for the US Open champion. Are these high expectations and criticism justified, or should we err on the side of patience? 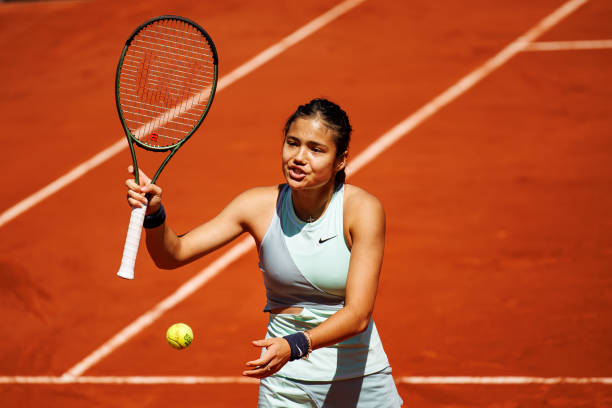 As the Eurosport team shifted the day’s coverage to another match, seven-time Major champion Mats Wilander waxed lyrical about Emma Raducanu’s attitude, comparing her to legendary players and discussing how she shares their mindset while battling unfairly high expectations.

Little over two hours later, Raducanu suffered her second consecutive defeat by Aliaksandra Sasnovich – who swatted the US Open champ on her WTA 1000 debut last October – another early Grand Slam tournament departure for the 19-year-old to absorb, having initially led 6-3.

A double-fault, makeable miss, conceding a drop shot winner – suddenly she was behind the eight ball. Sasnovich was 0-for-3 on break points in set one, but snatched an early chance in the second after firing a forehand down-the-line which the 12th seed frantically scampered to return.

The Belarusian wasted no time consolidating said break, before Raducanu wrestled with another unconvincing service game. You could hear the murmurs from the crowd as she served another double-fault, while those first serve percentages had dwindled considerably.

Sasnovich didn’t mind an opportunity to showcase her crosscourt forehand shot, regularly winning points like these and keeping Raducanu under the kosh:

The longer these games went, the more you favoured Sasnovich. Raducanu would play a great point or two, then skew a forehand wide or gift the 28-year-old the initiative to dictate rallies.

The final scoreline didn’t flatter Raducanu, but she couldn’t arrest her drop-off – which coincided with a markedly improved Sasnovich showing after relinquishing the first set.

What’s next? fernandez, andreescu and others holding out hope

Emma has this week been captured practising ahead of Wimbledon proper next week, where she’ll be seeded 10th, though the teenage Brit withdrew from Birmingham’s Rothesay Classic and didn’t ask for an Eastbourne wildcard she would’ve easily received, recovering from injury.

It also means she’ll head into her home Major without having completed a full match on grass, after retiring 4-3 down with a freak side issue against Switzerland’s Viktorija Golubic on June 7.

For someone who hasn’t played regularly this year (8-11 in 19 matches, incl. retirements), her tendency to pick up niggling problems isn’t exactly a reassuring sign from someone in year two as a fully-fledged pro player, even if there’s a shiny Grand Slam champion target on her back.

After she ousted Leylah Fernandez to the title at Flushing Meadows last September, I wrote:

Raducanu was ranked world no. 150 before this Grand Slam, #333 when her Wimbledon wildcard came through and joked after winning one of those early-round matches that she hadn’t packed enough match kit, understandably expecting an early departure at SW19.

When there’s no pressure on you to perform, nothing to lose, you can play without fear or expectation regardless of who is standing opposite you on court. That dynamic will shift – fairly or otherwise – after storming to win a maiden Grand Slam tournament on her second attempt. 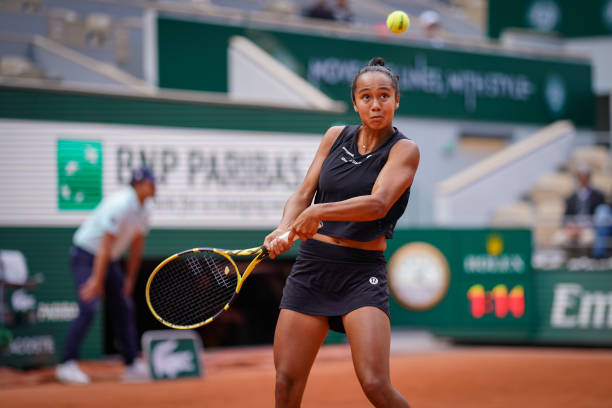 Fernandez pushed beyond the pain barrier and is now paying for that, will be sidelined until August

Fernandez, for what it’s worth, is currently out with injury and will miss Wimbledon after being diagnosed with a grade three stress fracture on her right foot from Roland Garros last month.

She’s played five more matches, with considerably more success (17-8), which includes a gritty three-set win to retain her Monterrey title in March. However, the Canadian paid the price when playing through the aforementioned injury against Martina Trevisan, losing in three sets.

All players, their pain threshold and individual injuries vary but they’re especially a much more sensitive case with women, as innocuous – often unseen – issues can often be the root cause.

No-one can deny the tour has a very demanding schedule, on a weekly basis for 10 months in the year, so niggling injuries are expected. With that in mind though, can you name anyone with the exhaustive list of problems Emma’s racked up – and so quickly – without playing much?

It won’t take long to tally Raducanu’s long list of injuries over the past nine months and while unfortunate, it’s also being used as a stick to beat her with. 2019 US Open champion Bianca Andreescu, was in the press last month discussing rest and recovery advice for the teenager.

She’s still young herself (22 yesterday) and experienced similar troublesome injuries shortly after her big breakthrough triumph, but is back on the rise once more. She’s also not the only top player offering words of encouragement: Paula Badosa, Maria Sakkari and others besides.

Sakkari said it took her two-to-three years before she maintained any level of consistency on tour, while Badosa wasn’t exactly an overnight sensation either, despite being a top junior.

Everyone needs time and opportunities to acclimatise, as all players endure peaks and troughs during their career. However, winning at the highest level will always see those necessary steps fast-tracked – especially when you’re a young, multilingual, marketable athlete like Emma.

You can see how Coco Gauff has benefited from a slow build, despite bursting onto the scene as a Wimbledon qualifier in 2019, as the 18-year-old American made history reaching her first Major final last month, displaying the poise which has made it easy for neutrals to root for her.

Considering Andy Murray’s success and rising youngsters like Jack Draper emerging now, Britain has historically been very eager to crown a woman as their next queen, something Johanna Konta flirted with but injuries and inconsistency made for a short-lived peak.

Troublesome wrist and hip injuries cruelly cut short the progress of recently-retired Laura Robson, while Heather Watson (30) had serious potential but her three-set defeat by Serena Williams at Wimbledon seven years ago rather typified what has been a frustrating career.

Raducanu has already indirectly eclipsed them all after clinching last year’s US Open title and while questions will persist over her coaching decisions, there should be no rush: there’s still ample opportunity to rebuild again on a WTA Tour prone to fluctuation and change aplenty.

She can’t do that properly if she’s constantly injured though, mind.