Alongside Jabari Smith and Chet Holmgren, the Duke power forward is widely touted to be a top-three draft selection next week. So, would you expect any less than these bullish comments from the 19-year-old after a memorable college season?

Banchero backing himself and why not? 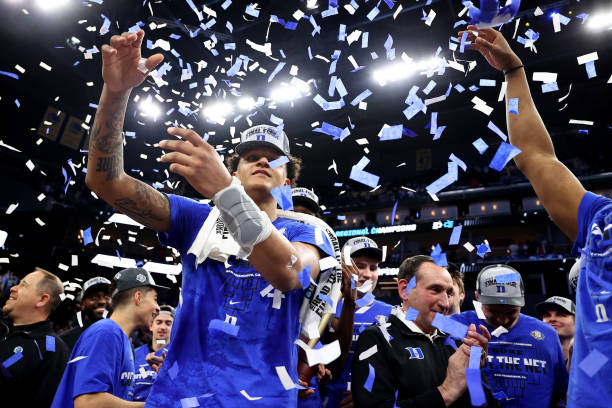 Although reports suggest it’s a three-way toss-up for who will go No. 1 next week, former Duke freshman Paolo Banchero told reporters that the Orlando Magic should use their pick on him to start Thursday night’s draft. Over Zoom, Banchero was quoted as saying:

“I feel like I am the best player in the draft, I showed that throughout the year, everything with my skillsets and intangibles.

Having averaged 17.2 points, 7.8 rebounds and 3.2 assists alongside clinching ACC Freshman of the Year honours this past season, he spoke with enthusiasm about potentially playing alongside Jalen Green and Kevin Porter Jr after his most recent workout – the Houston Rockets.

“Those are two extremely skilled, extremely talented players. Both I’ve known for a while, I feel like playing with them would be fun, both unselfish and want to win. I’ll be blessed to hear my name called by any of the top three.”

“When you get to the [NBA] playoffs, you got to have a guy who can make and create shots. When the shot clock goes down, you’ve got to be able to throw the ball to a guy and have him create something – Paolo can do that right now.”

I’ll have coverage of next week’s draft on moandsports.com, so be sure to stay tuned for that and more as the offseason continues!