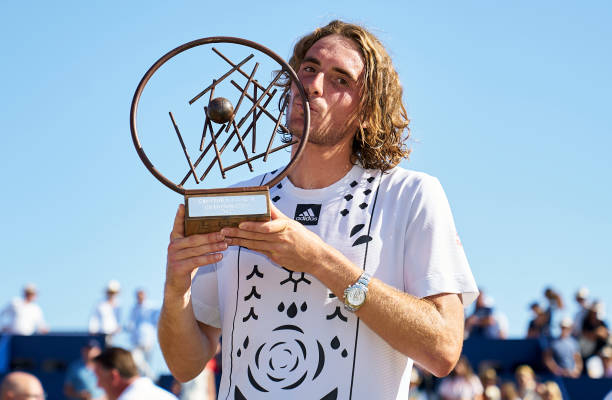 Although the post-match interview was predictably awkward as usual, Stefanos Tsitsipas navigated beyond potentially murky waters in his final match before Wimbledon begins on Monday. He could’ve easily crumbled after being broken when serving for the match – against a motivated Roberto Bautista Agut – but held firm to secure his first grass-court title in Mallorca. 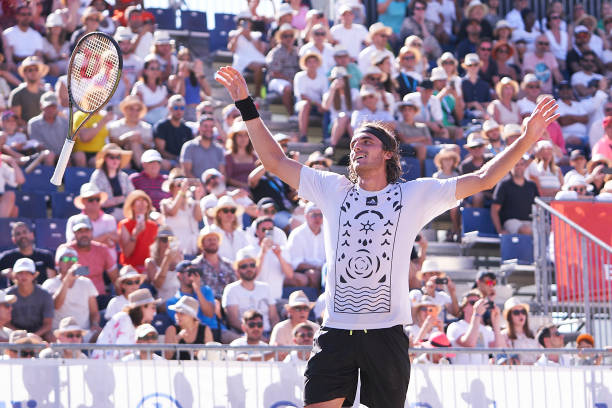 After defeats by Holger Rune, a resurgent Andy Murray and Nick Kyrgios in 16 days across three tournaments – Roland Garros, Stuttgart and Halle – you couldn’t help wondering if Stefanos Tsitsipas’ stuttering would continue as it did this time last year at the third Major of 2022.

I vividly remember his straight-sets defeat by an upbeat Frances Tiafoe on Day 1 of last season’s Championships, and while the Greek is almost peerless at his best, he’s also very much a player needing continuity and momentum to embark on deep runs at the biggest stages.

That’s why he looked so happy and seemingly lost for words (in another language) after holding firm against a Roberto Bautista Agut showing that improved with time and could’ve easily got under his skin. Being able to play the big points well while not panicking under duress was key.

When asked during the on-court interview what his strengths were on the day, he joked that serving clearly wasn’t one – especially when it mattered most.

He finished the afternoon with 55% first serve and six double faults, numbers you rarely see from him, but at 6-4, 3-1 up, you could be forgiven for thinking the match was a foregone conclusion.

RBA did well to grab a foothold in proceedings and create some doubt, buoyed by the home support and Tsitsipas’ level dropping.

Tsitsipas could sense the end was near, executed his shots better and didn’t waver during rallies as his aggressiveness had been channelled the right way. There was to be no recovery here.

If he’s to embark on a deep run at SW19, where his best result was R4 four years ago, he must emerge unscathed from a section featuring last year’s semi-finalist Denis Shapovalov [13] as well as Kyrgios, Serbia’s Filip Krajinovic [26] and you guessed it, Bautista Agut [17]. We’ll see.