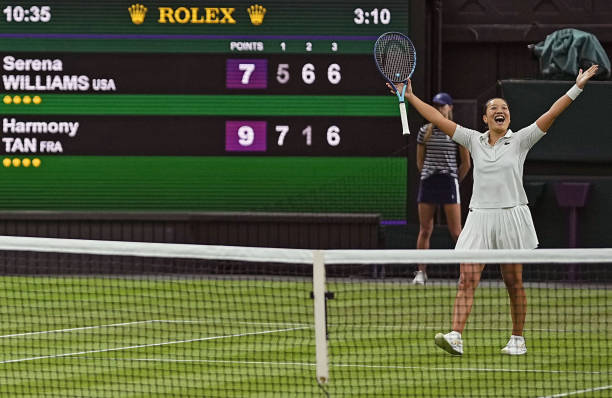 France’s Harmony Tan stole set one and rallied from 4-0 down in the decider to beat seven-time Wimbledon champion Serena Williams 10-7 during a rollercoaster tiebreak, finishing day two with another in a host of surprise results as the competition at SW19 intensifies. Elsewhere, Iga Swiatek’s winning streak extended to 36 while Rafael Nadal and Coco Gauff were challenged. 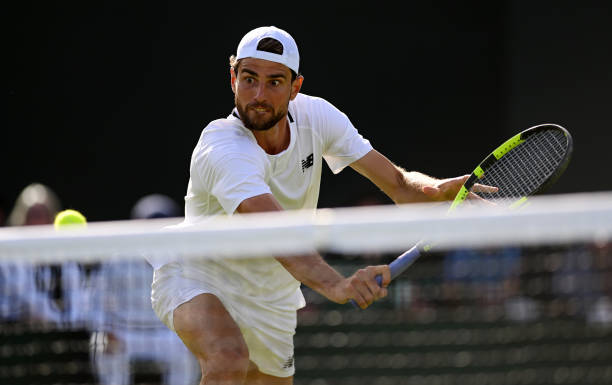 America’s bullish Maxime Cressy, on his Wimbledon debut no less, KO’d the tournament’s sixth seed – last year’s quarter-finalist – in Felix Auger-Aliassime 6-7, 6-4, 7-6, 7-6. It wasn’t all plain sailing for the 25-year-old, but he wasn’t expecting it to be against a player of FAA’s pedigree.

Four hours and ten minutes they battled for, with three of the four sets being decided by tight tiebreaks. Afterwards, he said:

“A crowd like this makes it [the scalp] very special. Felix was incredibly focused the whole match, I had to stay focused… knew I’d have a few match points and it gets close [in tiebreaks], against someone like him you have to be extremely sharp, incredibly proud of what I’ve done today, thanks for the support.

It’s obviously extremely hard to finish matches against high seeded players like Felix, an incredible feeling and a dream come true to be working here.

I had to prove a lot of people wrong, stay resilient and that [the serve-and-volley] is what got me this win.”

He’ll play compatriot Jack Sock on Thursday in R2, after the 29-year-old qualifier – a former top-10 player – won 7-6, 6-4, 6-4 without much trouble against Spain’s Bernabe Zapata Miralles.

As I covered in my updated piece surrounding Cilic’s COVID-enforced withdrawal, Grigor Dimitrov [18] retired with a leg injury against another American in Steve Johnson. The 32-year-old next has another tough assignment: a motivated Ryan Peniston, at home again later today.

The latter result means there will be at least one qualifier into the third round, after Austria’s Dennis Novak won in four sets (7-6, 2-6, 6-4, 6-3) against Facundo Bagnis of Argentine.

Despite a valiant effort over 3h30, that qualifier will not be Switzerland’s Alexander Ritschard after losing in four sets against Mallorca champion Stefanos Tsitsipas (7-6, 6-3, 5-7, 6-4).

Bencic bounced in three sets, so her section now opening up… 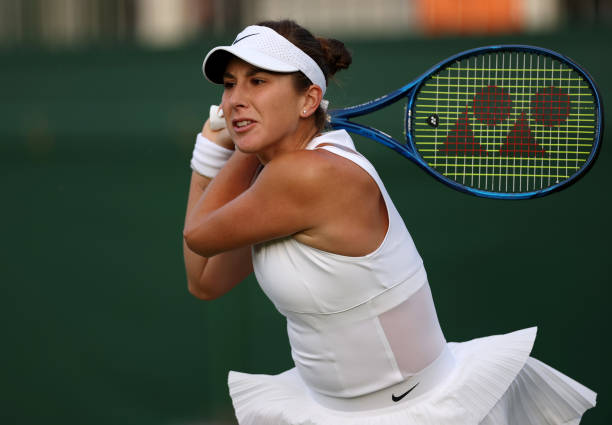 Anyone that has read my articles over the years knows that I’m a big believer of Olympic gold medallist Belinda Bencic, but concerns over her consistency in Majors continues to overshadow progression as she matures. Now 25, she had a winnable section of this draw…

Had is the operative word, because while she initially did well enough to recover from a 5-1 second set deficit and eventually force a deciding set (to be played on Tuesday), she was then undone by China’s Qiang Wang – who had lost six of her last seven matches before this week.

Wang will play Heather Watson in R2, after the Brit similarly experienced a tale of two days – initially struggling against Germany’s Tamara Korpatsch, before responding with a morale-boosting 6-2 deciding set victory, after which she got emotional during her post-match interview. 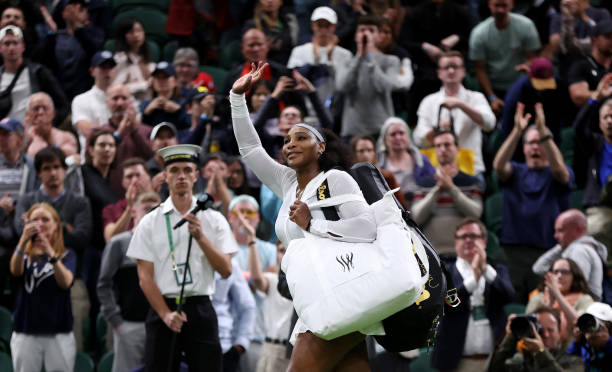 It’s easy to get engulfed in the moment and hyperbole takes over, but that’s not the case here.

Harmony Tan’s gutsy three-set win over a returning Serena Williams will be a classic match fondly replayed in the years to come, already heralded as match of the tournament and that says a lot given the high-quality tennis on show for more than three hours for fans on Centre Court.

“I’m emotional, for my first Wimbledon, it’s just wow. When I saw the draw, I was really scared… she’s [Serena] a legend, I was like oh my god, how can I play? If I can win one or two games [in the match], it’d be really good for me.

My coach Nathalie Tauziat – she also played Serena – it’s been a long time now, big thanks to my team for being with me today!”

It was heart-in-mouth stuff at times, largely gripping and a competitive clash between two athletes with neither player content to relent. Williams and the countless clutch matches she’s played made you believe she had the match on her racquet, until she didn’t, repeatedly.

A deciding set tiebreak felt fitting, such was the nip-and-tuck nature of their rallies and expert shot-making throughout. When one went ahead, the other would always respond.

Tan plays Spain’s Sara Sorribes Tormo on Thursday in R2 and while it’s unlikely the Frenchwoman goes deep this fortnight, if any victory was to give a player an air of invincibility, it’s one against Serena – especially in the fashion the 24-year-old managed in the bright lights.

Elsewhere in that section, 11th seed and French Open runner-up Coco Gauff recovered from 5-4 down in the deciding set to outlast Romania’s Elena Gabriela Ruse 2-6, 6-3, 7-5.

She’ll play Ruse’s compatriot Mihaela Buzarnescu in round two later this week, having revealed post-match afterwards that first-round matches at Majors are “always the most nerve-racking” for her and started to play better once she calmed down from the initial shock of a sluggish start.

Day 3 matches to watch out for 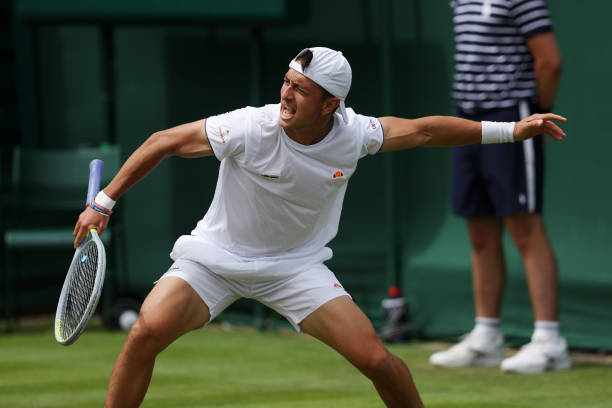