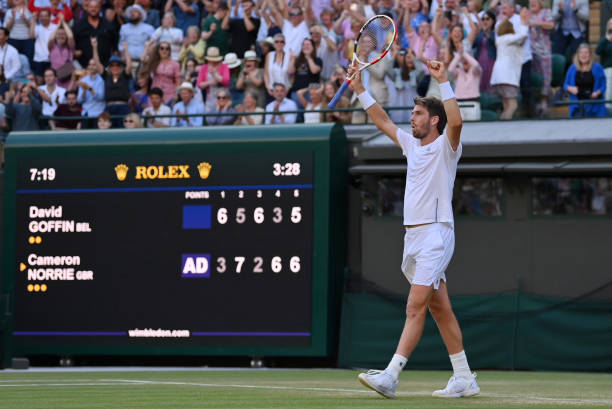 British no. 1 Cameron Norrie twice recovered from a set down to oust Belgium’s David Goffin, setting up a semi-final showdown with defending champ Novak Djokovic. The tournament’s top seed was in deep trouble against an inspired Jannik Sinner, but rallied from two sets down to keep his title defence alive. Afterwards, an emotional semi-final between close friends Tatjana Maria and Ons Jabeur was set after both came through contrasting three-set encounters.

Djokovic recovers from the brink against Sinner 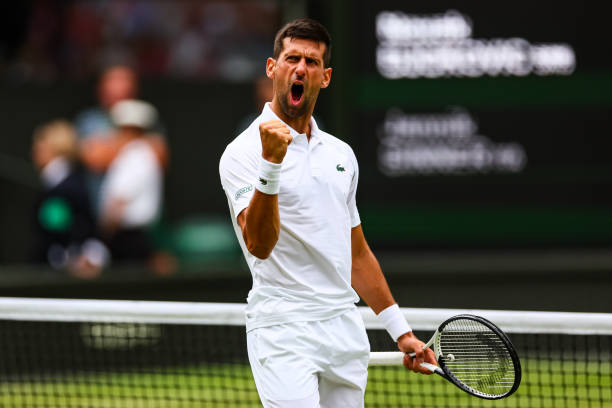 Djokovic celebrates after recovering from 5-7, 2-6 down to outlast Italy’s Jannik Sinner in five sets

Defending champion Novak Djokovic started brilliantly and initially led 4-1 in the first, but after a cocktail of sloppy serving, poorly-timed drop shots and floppy forehands too, suddenly found himself a set and break down at 7-5, 3-1 against Carlos Alcaraz’s conqueror Jannik Sinner.

Eventually he got the job done and made history in doing so, but it required a monumental effort packed with ridiculous shots galore after resetting himself before set three began.

Poor drop shots were a theme for both, mainly the Serbian, whose decision-making was dicey to say the least while Sinner’s ball-striking often made him hurried and uncomfortable – spraying shots wide, on the stretch, thinking on the fly and firmly second best.

He saved two break points, the second with a net cord, before his serving struggles reared their head again: a double fault gifting Sinner a third opportunity.

On that subsequent point, a successful challenge by the 20-year-old gave him that double break at 5-2 in set two and he again showed composure to not panic as that insurance break was under threat, down 0-30 on serve in the next game.

A big hold, winning four straight points, saw him double his lead on the scoreboard. Two sets up, a big advantage to protect against an out-of-sorts Djokovic who seemed resigned to defeat.

The 20-time Major champion took a bathroom break, returned and established an overdue easy hold to kick off set three. Sinner saved a break point in the next game, repeatedly wrongfooting Djokovic to outwit him during their rallies with the pressure on.

Djokovic secured a love hold to go 3-1 up, but was immediately under the kosh as he fiercely battled to consolidate it. Eventually the 35-year-old did exactly that, though it wasn’t without drawing a Sinner error at the net after a nailbiting rally that could’ve gone either way.

Not to be undone, Sinner did this on a 20-shot rally to start Djokovic’s next service game:

However impressive moments like those were, they became more infrequent as Djokovic chipped away at the armour. Despite saving two set points on serve, his lead was soon halved.

The wind was firmly in the top seed’s sails again, like for large periods to start this encounter, though seizing a double break opportunity at the second time of asking didn’t stop him chuntering at more misses flying off his racquet.

As if you needed another insight into those exceedingly high standards, Djokovic’s uptick in performance levels coincided with Sinner enduring a lull. There was no guarantee it’d last though, especially if they went into a deciding set.

That much was echoed at 5-2: Novak lost the next three points, including incorporating another needless drop shot to present an unexpected break point.

The worst was initially feared as Sinner landed awkwardly on his ankle, having stretched to prolong a rally, but he waved away medical attention and continued shortly afterwards.

Their back-and-forth battle continued, Djokovic saving more break points, Sinner swatting away two set points with the same stubbornness that saw him claw back the opener and storm into the lead. But like set three, the deficit wasn’t one he could recover from. A decider was needed.

After they exchanged bullish service holds to start the fifth, Djokovic did what he so often does: seize the initiative and consolidate the break up 3-1.

Sinner’s point construction was consistent and tactically astute, but finding the finishing touch when it seemed there for the taking wasn’t always a given. Having been undone by a stupendous strike during the previous point to set up another break point, that much again laid clear here:

Djokovic’s serving remained steady as the Serbian closed it out with a flourish, and will now play Cameron Norrie in Friday’s semi-final after the 26-year-old showed his problem-solving abilities to keep David Goffin on edge and eventually outwit the Belgian as Court One cheered him on.

Norrie, who continues surpassing expectations after his Indian Wells triumph last year, was understandably emotional as he soaked up the moment and was serenaded by the crowd afterwards. Goffin began significantly better of the pair and already had a foot in the semi-finals.

However, Cam’s cardio and ability to consistently hang during their rally exchanges proved pivotal in the decider: covering almost 300 metres more distance, drawing unforced errors aplenty (17 to 5, 46-46 total) and showing nerves of steel to repeatedly compose himself.

Things got tight and often tough, but he never shied away from the moment and that much was especially true after losing successive points at 6-5, 30-0, as well as being undone with a passing shot winner on match point. A big serve saw him eventually finish the job with his second.

Maria-Jabeur set after close friends battle back from adversity 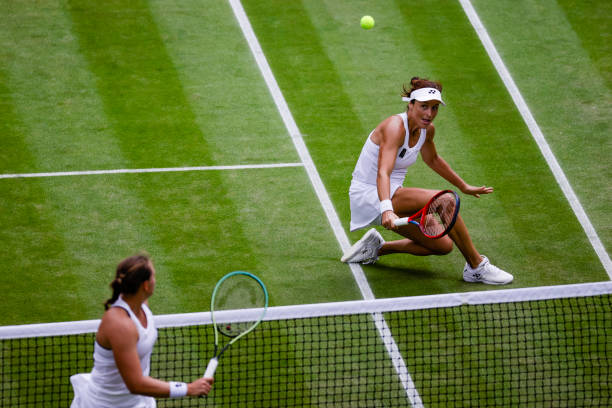 Germany’s Tatjana Maria recovered from a set down, and 4-2 in the decider, to outlast compatriot Jule Neimeier 4-6, 6-2, 7-5… making her first Major semi-final during a pulsating clash of two debut quarter-finalists lasting 2h20 with remarkable rallies and momentum shifts.

She got her interview wish granted as she’ll play close friend and the tournament’s second seed Ons Jabeur, who similarly held her nerve after losing set one 6-3 without playing particularly poorly – blasting Marie Bouzkova for the loss of just two more games with a 3-6, 6-1, 6-1 victory.

"I love @Maria_Tatjana so much. I love her family. She's my BBQ buddy."@Ons_Jabeur at the start of #Wimbledon: pic.twitter.com/RtDWncdafp

Featured matches to watch on Day 10 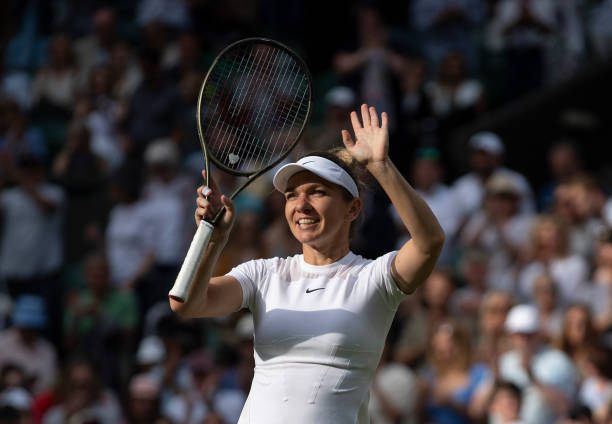 Will Halep – a winner here three years ago – still be all smiles after playing Anisimova tomorrow?