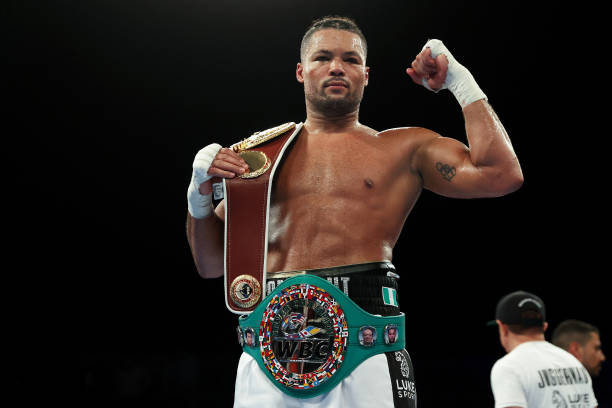 Heavyweight contender Joe Joyce’s near year-long absence was ended on Saturday with a fourth-round TKO win over Germany’s Christian Hammer. While it’s unclear whether former world titlist Joseph Parker faces him next in a WBO title eliminator as previously planned, the 36-year-old’s promoter Frank Warren likes the sound of a potential Deontay Wilder matchup. 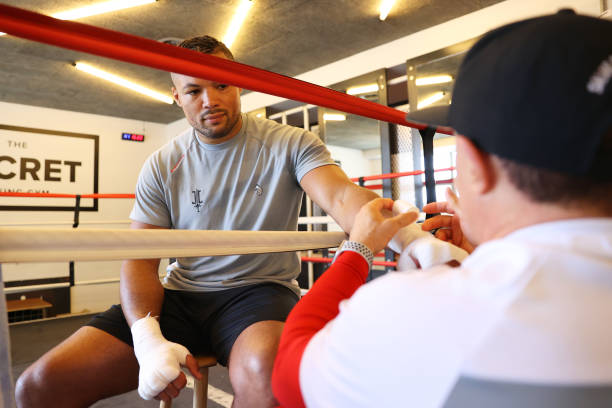 Joyce improved to 14-0 with a fourth successive stoppage win, this time quietly from London’s SSE Arena as a stay-busy fight against German veteran Christian Hammer on Saturday night.

“The fight with Joe, I’d love to make. But do you know what it comes down to? Egos. I know I’ve signed with BOXXER and Sky, Joyce is with BT and Frank Warren, but why can’t we make it happen?

There’s many examples of other fighters that are signed with this team and [another] team, they all come together and make it happen. Why can’t we? It’s a great fight, why don’t we lock it in and actually fight?”

While Parker still believes that fight can be made despite the politics surrounding their current network differences, Joyce’s promoter Frank Warren has stressed to reporters he’ll search for a tough opponent for the Olympic silver medallist, one that will sell tickets for their Sept. 24 date.

“Joe fights on September 24th, we’re working on opponents, have been working on prior to [Hammer], hoping he was coming through, which he has.

We want to be in a position where we’re announcing something early next week for him, and get it and on sale. That’s what we’re looking to try and do.”

Warren has eyes on a lucrative, risky prize 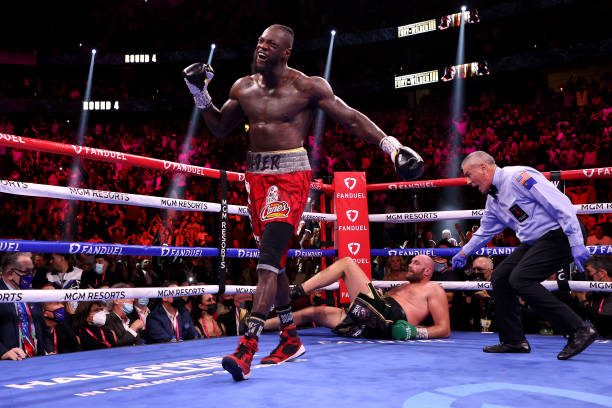 Wilder had his moments vs. Fury, including two knockdowns, but couldn’t defeat him in their trilogy

While fellow unbeaten contender Frank Sanchez (20-0, 1 NC — 13 KOs) expects they’ll fight in future, among those possible names to headline the card is a man with ferocious KO power.

After speculation over retirement ran rampant following his R11 KO trilogy defeat by Tyson Fury last October, former WBC world heavyweight champion Deontay Wilder is reportedly eyeing an in-ring return after all. Unsurprisingly, Warren would love it to be against his fighter.

Per BoxingScene, the Hall of Famer promoter said:

“I’ve got no problem making that fight. Absolutely, no problem if it’s there and can be done, I’d love to do it. Why wouldn’t we try and do that? It would be a great fight. I may speak to [Wilder’s manager] Shelly [Finkel] about it.”

He’s not the only one trying to lure Wilder into a fight, if reports are to be believed. Parker revealed his team have offered Deontay fight terms themselves, though it’ll be interesting to see who they eventually match the hard-hitting American with on his much-anticipated return.

Many critics feel the Hammer bout, whether it was merely a stay-busy assignment or not, was a step back in opposition for a fighter in his prime years – one who turns 37 in two months’ time.

After seeing him absorb a bit too much damage against former world title challenger Carlos Takam last July, the general consensus is that he needs to emerge and perform impressively in another difficult challenge like the Daniel Dubois duel proved from November 2020.

As I reiterated last month, the pair have gone in different directions since their matchup, and there’s even talk of a possible rematch later down the line. However now though, both are inserted as mandatories to face the winner of a mammoth fight in the middle East next month.

That’s assuming Tyson Fury, who currently holds the WBC strap, doesn’t come out of his self-proclaimed retirement to pursue an undisputed fight with the Usyk-Joshua 2 winner.

Likewise, Joyce’s next opponent could decide whether his world title credentials are strengthened or weakened. As the rounds tick by and more film study emerges online, it’s clear the Juggernaut needs to lessen his frailties and excel against considerably better opposition.