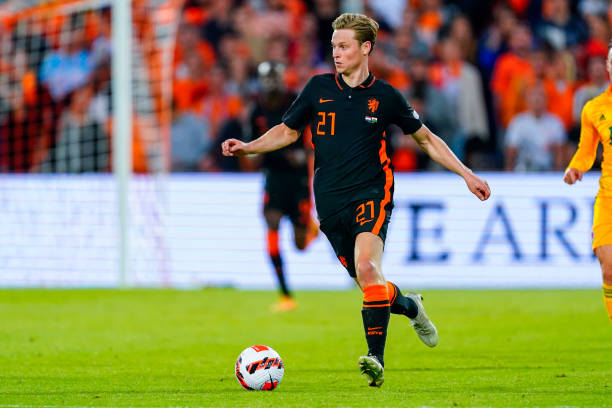 Manchester United have informed Barcelona they want to conclude a deal to sign Dutch international Frenkie de Jong by Friday, per reports today. Paul Pogba’s Juventus return on a free is among their summer departures, with Wolves’ Ruben Neves and Leicester’s wantaway star Youri Tielemans linked as possible alternatives should they fail to sign the 25-year-old. 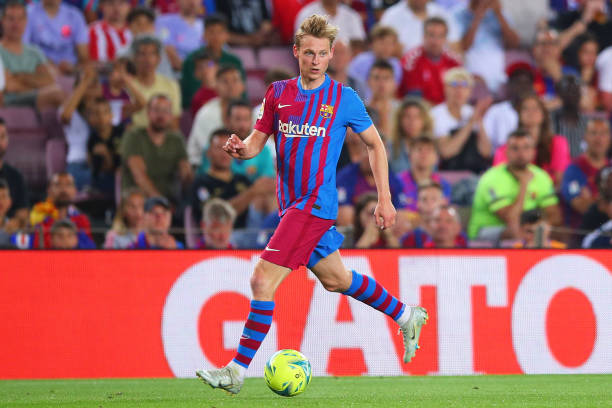 United’s chief executive Richard Arnold and football director John Murtough were spotted in Barcelona today, as they look to put the finishing touches on a high-profile transfer deal that has uncomfortably flickered between refreshing positive and awkwardly problematic recently.

Erik ten Hag, the club’s new manager, has been linked with multiple midfield options but de Jong – who he worked with during their time together at Ajax – is heralded as his prime target.

The Red Devils were said to have reached a “broad agreement” to sign de Jong for €65m (£56.2m) plus add-ons two weeks ago, but news on that front has gone cold since.

It appears, among other factors, the main issue this deal is being delayed relates to Barca owing him £13.7m in wages, after he – and other teammates – agreed to defer some of their money as financial aid to balance the club’s books during the height of the COVID-19 pandemic in 2020.

Barca’s club president Joan Laporta stressed last Thursday that he’ll personally do whatever he could to ensure Frenkie remains at the Camp Nou, and this in-depth piece by Pol Ballus in The Athletic goes a long way towards explaining the intricacies of the finances involved.

We’ll have to wait and see how things pan out, but either way, Barcelona aren’t in a position of financial strength, so making unwanted player sales felt inevitable at some stage given the excessive way they’ve spent money over the past half-decade. United won’t mind one bit.