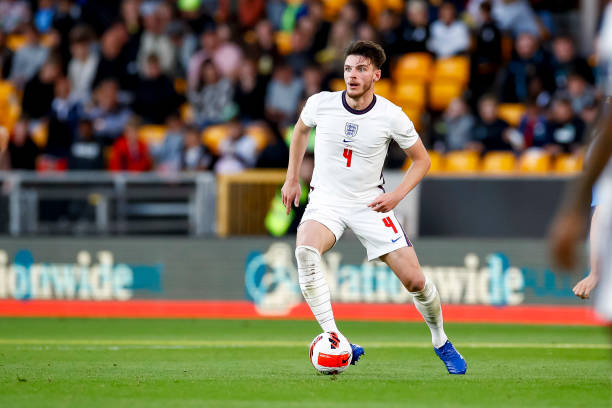 Per reports, West Ham’s talismanic midfielder Declan Rice has a gentleman’s agreement with the club to stay for the 22-23 season before leaving next summer – where he’ll have 12 months remaining on his contract and more of Europe’s suitors will undoubtedly circle for his signature. 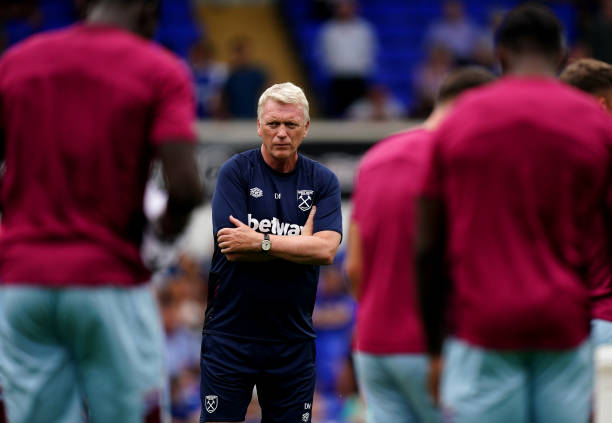 According to the latest reports via talkSPORT, Sports Illustrated and FourFourTwo today, Declan Rice will remain at West Ham for this upcoming campaign before flying the nest in east London – with former side Chelsea heavily favoured to re-sign their former academy product.

talkSPORT’s Alex Crook told Jim White and Simon Jordan the following, drawing parallels to an existing transfer deal in addition to a well-documented one falling through twelve months ago:

“It wouldn’t surprise me if he ends up at Chelsea in the long haul. People feel that he might have a bit of unfinished business there, possibly similar to Nathan Ake – it looks like he will be on his way back.

We know about his friendship with Mount, Simon will probably tell you that doesn’t really come into play when players pick new clubs, but they do have a really strong bond.

I think Declan Rice will give West Ham one more year, there’s almost a gentleman agreement he will do that… although we know they don’t mean much in football from the Harry Kane saga last summer.

I expect him to leave next summer, if Chelsea are a Champions League club, they’ll be right there knocking on West Ham’s door.”

Squad players Andriy Yarmolenko (Al-Ain) and Ryan Fredericks (Bournemouth) both departed for pastures new on free transfers, Noble’s retirement was made official at the end of June while reserve goalkeeper David Martin is now a free agent after a three-year spell in east London.

West Ham were truly in the running for Champions League qualification up until early March, losing nine of their next 15 matches across all competitions – including a 3-1 aggregate defeat by eventual Europa League champions Eintracht Frankfurt. Finishing seventh was an anti-climax. 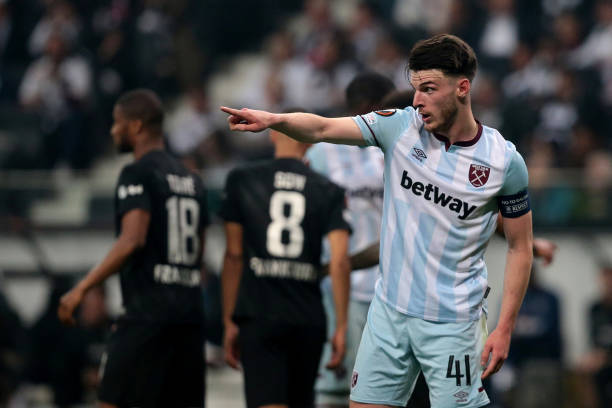 Rice during the second leg defeat by Frankfurt in Germany, which many regarded as a winnable tie

Their seventh-placed league finish also means they qualified for the Europa Conference League, the third-tier among Europe’s elite club competitions. Roma, managed by Jose Mourinho, clinched that piece of silverware this term and perhaps West Ham have a better chance there.

A bulk of their key first-team players will be aspiring to achieve more than that: Kurt Zouma, Tomas Soucek, Jarrod Bowen and the aforementioned Areola — not to mention Rice, are all examples of Champions League-calibre quality who other clubs are undoubtedly monitoring.

The way Kalvin Phillips departed Leeds for Manchester City in a £42m move this summer, is exactly what Rice will hope to eventually emulate as he targets a similarly bigger club, though being captain always muddies the waters as far as the fan dynamic and loyalties are concerned.

Considering how indispensable he already has proven to West Ham over the years, it’ll be interesting to see how much interested suitors offer for a homegrown, versatile player who hasn’t yet entered his prime years and is already an 32-cap England international at 23.

When he’ll finally get that opportunity to fly the nest remains to be seen.