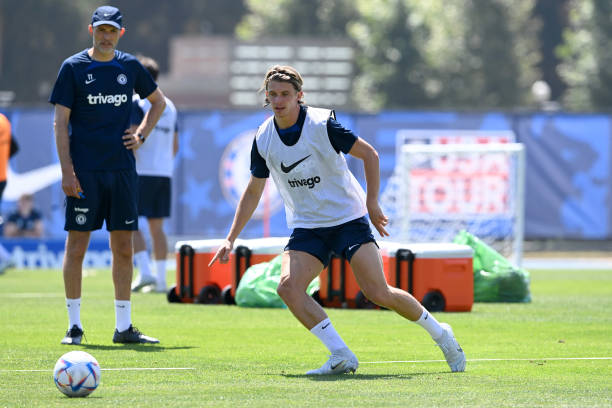 After forcing his way into the England squad by shining on-loan at Crystal Palace last term, Conor Gallagher wants to make Chelsea an undisputed home once and for all. As the Blues’ pre-season campaign gets underway Stateside, now the 22-year-old has the licence to do it.

Gallagher gearing up for breakthrough challenge 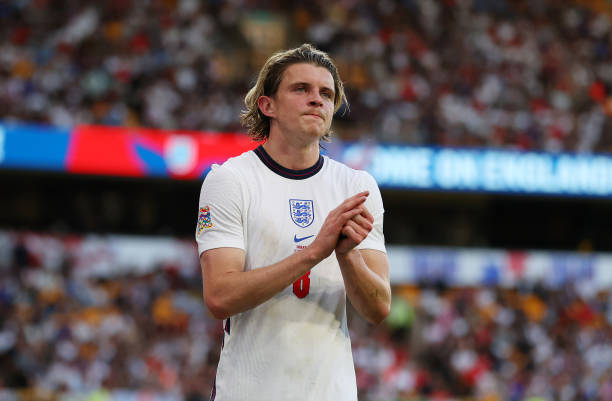 Since getting his first call-up last year, Gallagher has four caps for Gareth Southgate’s England

After four loan spells over three seasons, two of which were in the Premier League, Conor Gallagher has established himself as one of the best youngsters among England’s top-flight.

It feels typical then, that like Marc Guehi, Brighton fullback Tariq Lamptey, Southampton’s Tino Livramento and others besides, he was moulded in Chelsea’s academy. There’s now fuss aplenty over the long-term futures of Levi Colwill and Armando Broja, like many others before them.

Much like Mason Mount and Reece James established themselves as first-team regulars during an unprecedented campaign for the club under Frank Lampard, with a transfer ban hanging over their head three years ago, Gallagher wants to follow their lead.

Thomas Tuchel appears ready to give him that opportunity, and rightly so.

The same way Callum Hudson-Odoi has fleetingly flourished and visibly frustrated the German, Gallagher – alongside Ethan Ampadu and Billy Gilmour – should be given a chance to impress, forcing their way into his immediate first-team plans for the forthcoming season.

It’s never as straightforward as that, though Gallagher’s case is admittedly much stronger than the other two. Ross Barkley (28) and Hakim Ziyech (29) are seemingly replaceable, so why not?

“I said to him: ‘I think I’m ready to play for Chelsea, you know that’s what I want to do.’ I’ve got some older brothers that have told me if you’ve got something you want to say or ask, then just ask because managers aren’t scary. They want to talk to their players, know what your thoughts are. I told him, he said what he thought, I think that was the best way to do it.”

As I covered during a memorable fixture against Brighton early last season, Gallagher’s ability and infectious attitude quickly made him a mainstay under Patrick Vieira at Crystal Palace.

Unsurprisingly, they wanted to retain the England international permanently – one of three players given senior debuts under their watchful eye last season (Guehi and Tyrick Mitchell).

“You can say it’s a gamble but I feel like I’m ready for a step up, if there is a chance to be a part of the squad and team at Chelsea then I can’t turn it down.

I feel like I’ve got to have belief in myself that I can help improve this team, show the fans and boss what I can do. He knows what I’m good at, what I maybe need to work on, where the best place is to put me… I’m quite versatile as well, anywhere in midfield I feel like I should be comfortable.”

All the young players mentioned in this article have featured alongside Gallagher in some capacity – some much more than others – over the past half-decade or so, whether that’s internationally with England (U17/U19/U21 level), various youth team matches or at club level. 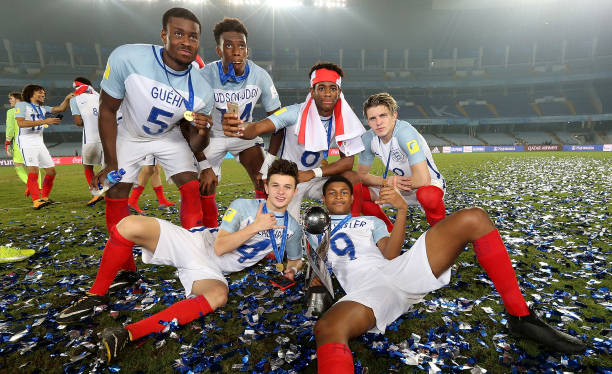 It naturally makes sense that he’d want to emulate the success which has seen James and Mount’s value intensify in recent seasons with new contracts being lined up:

“The fans love them. Obviously everyone knows they are world-class players but it makes more special if they have come through the academy.

I grew up with them, I feel like I’m able to do that. It will be a dream come true to play regularly for Chelsea, perform on the pitch.”

As you can see from this, he’s saying all of the right things and importantly has the ability to match. What’s next though, is an impressive pre-season campaign under his belt and more of the same energetic injury-free availability that saw him quickly endear himself to Palace fans.

If all goes to plan, there’s no reason why he can’t force himself into Tuchel’s thinking going forward – with even more vigour and regularity than those sceptics quick to criticise Ruben Loftus-Cheek, a much more seasoned academy product by contrast, staying put last term.