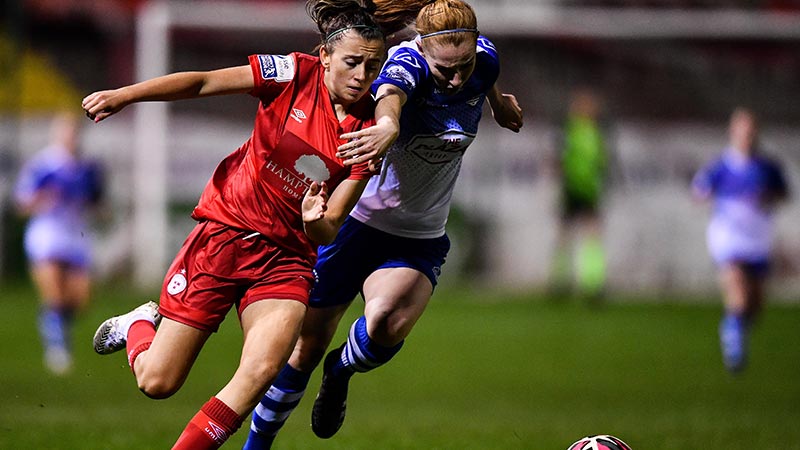 Abbie Larkin’s 11-minute hat-trick off the bench proved decisive during an eventful second-half, as WNL leaders Shelbourne held firm when it mattered, ultimately easing to a 4-0 thrashing away at Peamount United and maintained their eight-point gap atop the league earlier today.

Shels put Peas to the sword 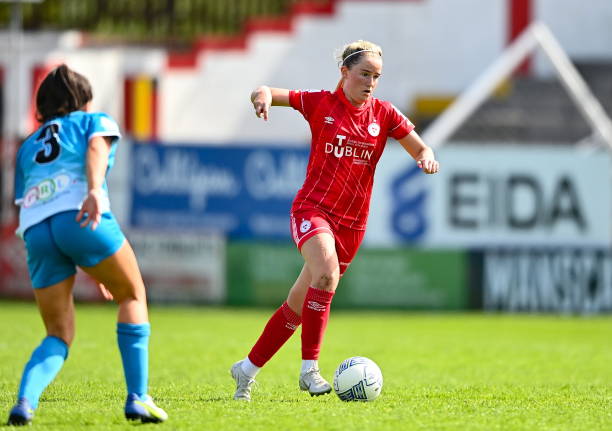 Stapleton (centre), here against Peamount during the reverse fixture in May, opened the scoring

Jessie Stapleton’s first-half penalty was the jolt which woke the hosts up from the slumber, having conceded multiple goalscoring opportunities in quick succession early on.

Jemma Quinn missed a pair of promising chances, before Stapleton saw her appeals for a penalty waved away after 20 minutes. Three minutes later, Sadhbh Doyle was harshly penalised for a handball and the defender made no mistake from the spot for her fifth of the campaign.

Peamount gradually got going after being felt hard done by the referee’s decision, fashioning some half-chances of their own.

Erin McLaughlin hit the crossbar from a tight angle after twisting past Pearl Slattery, while Michelle Doonan deputised well for the division’s top goalscorer Aine O’Gorman, sidelined here through illness.

Doonan forced a sharp leg save from Amanda Budden early in the second-half, while Stephanie Roche and Alannah McEvoy were constant threats in the final third for Shels to contend with. 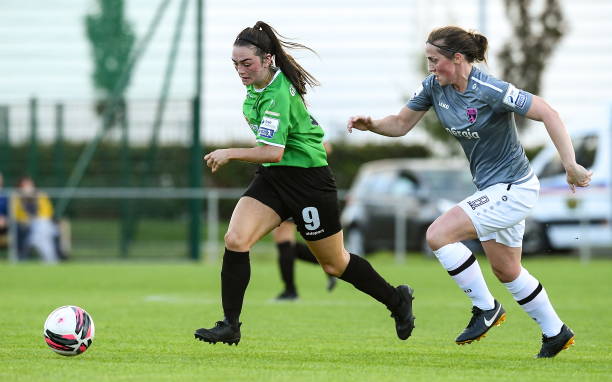 McEvoy (9), here against Wexford Youths last season, was a constant livewire for the Peas

However, the tide turned shortly after the hour mark.

Peamount pressed intently as they searched for an equaliser, before she took matters into her own hands to give Shels a cushion they wouldn’t relinquish.

The second and third were a result of Peamount’s half-hearted offside trap attempts. Keeva Keenan’s one-touch pass set her up nicely, but Larkin still had to finish the chances – helped by an onrushing Reid-Burke, who no longer exuded confidence.

By contrast, opposite number Amanda Budden kept her clean sheet intact with an acrobatic stop late on which rather reiterated the contrast between these two sides. One folds under pressure, the other welcomes the challenge.

That’s why Shelbourne travel home with a much deserved victory, while the gap between Peamount and the sides below them weakens.