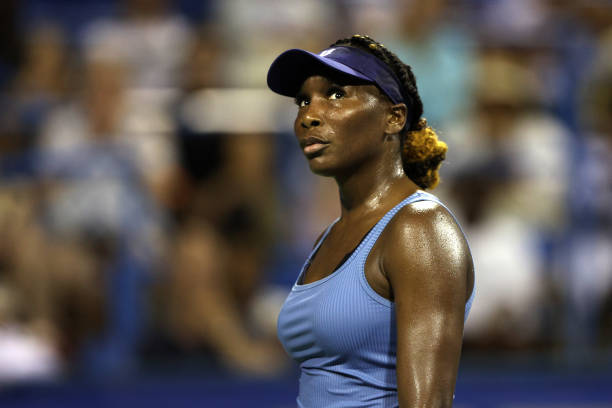 Three weeks shy of a year since her last competitive singles match ended in defeat by Su-Wei Hsieh in Chicago, seven-time Major winner Venus Williams returned to a rapturous reception in Washington and started brilliantly but sadly her tennis faded drastically against Canadian qualifier Rebecca Marino – losing 4-6, 6-1, 6-4 despite leading the decider 4-1 at one stage.

Venus, like serena, beaten in three sets on long-awaited return 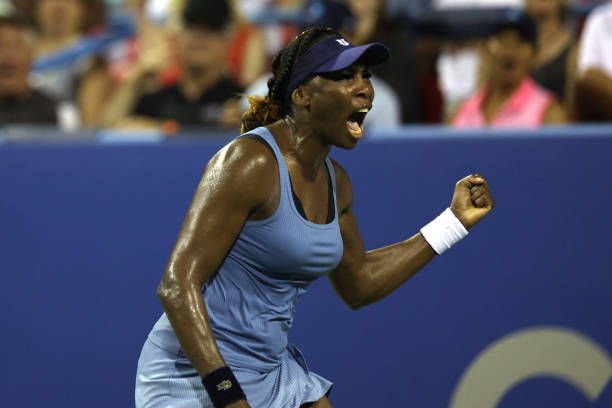 She energised the Washington crowd with an excellent first set, but 13 double faults speak volumes

They say it’s the hope that kills, but even for a 42-year-old with nothing to lose, watching certain stretches of this topsy-turvy match unfold felt like we were witnessing the main reason why Venus hasn’t been a consistent presence on tour for multiple years: assurance and continuity.

Marino spoke afterwards about how her game is heavily based around the serve and how that was key to a subsequent recovery, but Venus’ drop-off with her serving percentages was stark.

Between them, they combined for 92 unforced errors (49-43 in Williams’ favour) in just under two hours’ play, and the stop-start nature of this match – particularly as Venus’ serving unravelled and errors flew off her racquet in set two – made it hard to see how she’d rally in the decider.

That she did, immediately applying pressure on Marino’s serve and forcing her to outplay her to win points during their longer rally exchanges. Considering the Canadian’s error-prone start, it was only a matter of time before the tables turned in the legendary American’s favour.

Once they did, with the crowd firmly on side, she was under pressure again. Marino could sense the vulnerabilities and rightly so, didn’t dwell when opportunities were spurned – she knew that more would come as long as she continued to hang in rallies, make Williams play one more ball.

She clawed a 4-1 final set deficit back to 4-3, and held her nerve to save a break point as Venus’ forehand was flagging at the wrong time – during a rally many expected she’d win. From there, the sport’s momentum swings were firmly on the Canadian’s side as she gritted out victory.

One of eight players into the second round, including American top seed Jessica Pegula and Wimbledon semi-finalist Simona Halep [3], Marino plays Petkovic or Tauson on Wednesday.

Other notable R1 matches to watch out for, include