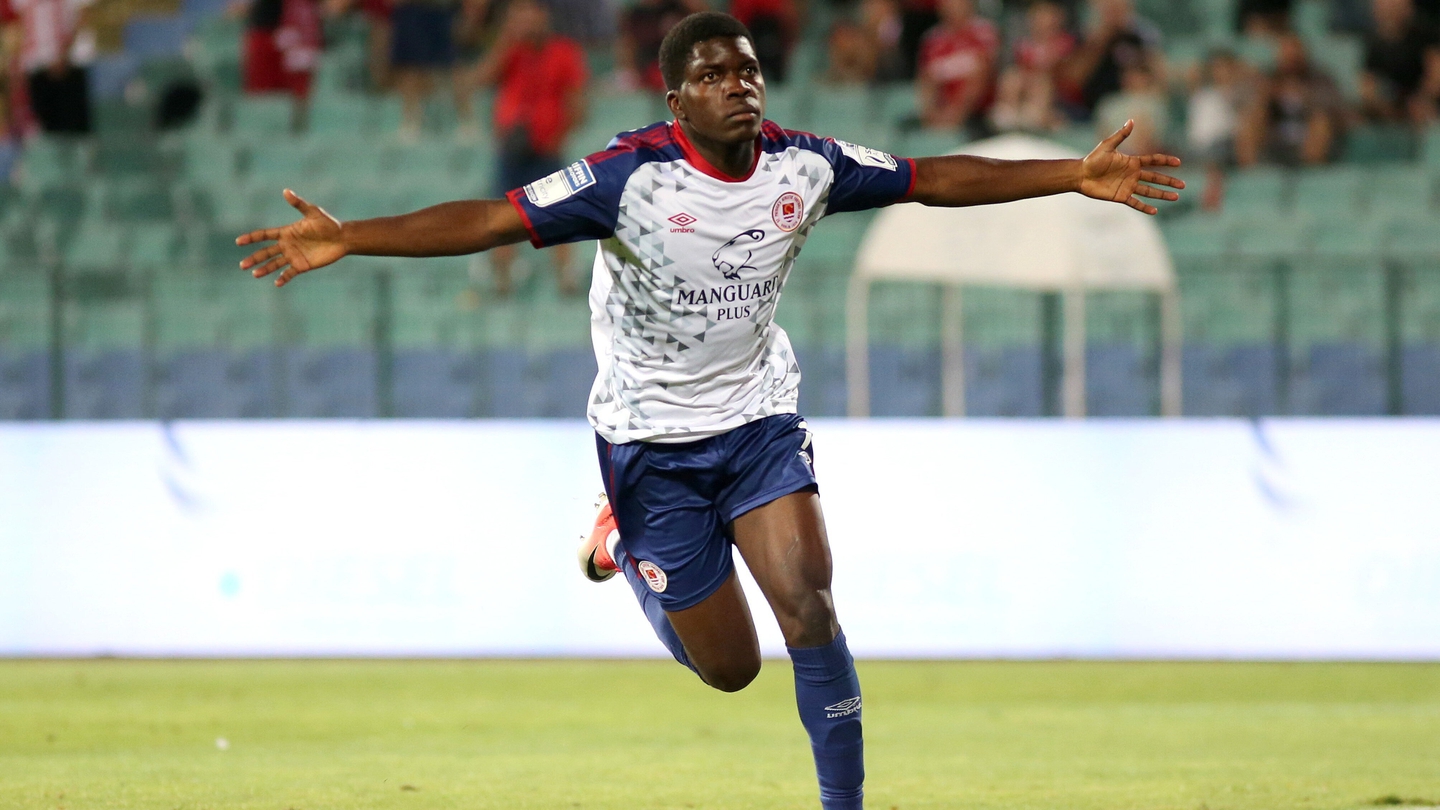 Serge Atakayi was St. Patrick’s super sub, as the forward’s anticipation and quick thinking helped them snatch a late winner in the blistering Bulgarian heat against CSKA Sofia, giving them a slender one-goal cushion ahead of next week’s UEFA Conference League second leg tie. Having entered Bulgaria after an early cup exit on Sunday, Tim Clancy’s men started well and watched as their hosts struggled to take control of a game most expected they would with ease.

Joe Redmond made crucial interceptions multiple times, while Joseph Anang responded well when busy in the St. Pats’ goal, as they were deserved winners in a slow-burning European affair.

CSKA’s inaccuracy from promising set-pieces was jarring to watch early on, as the visitors made their presence felt early on — Adam O’Reilly and Billy King in particular looking lively.

Sofia largely played down the flanks, though their supporters were increasingly restless at their team’s struggles to truly test Anang as multiple attacks were snuffed out and the final ball – for both sides – frequently disappointed.

Barry Cotter was much better without the ball than with it, making timely interceptions which led to promising breakaways, only for scrambled decision-making and a lack of composure seeing them frequently fizzle out. The exasperation from staff on the touchline spoke volumes.

The only real chance of the half for Sofia came through Mauricio Garcez, who cut inside and struck goalwards after a defence-splitting pass by Jurgen Matheij.

He rued his lack of luck as Anang spilled his low effort, but subsequently won a free-kick after absorbing a high boot moments later.

In the second-half, Christopher Forrester and O’Reilly fashioned promising chances but both scuffed their lines, before Sofia made substitutions galore in search of fresh impetus. King fired wide after a marauding run through midfield, before matchwinner Atakayi replaced him.

Anang saved well from Stanislav Shopov and Jonathan Lindseth as the hosts pressed intently with tiring legs a factor, but the better team on the night stole it late on.

His quick turn of pace helped him bravely challenge for, and poke the loose ball through the keeper’s legs before slotting into an empty net.

They were ultimately full value for this victory, even after a frenzied second-half which could’ve gone either way. Next week, they start from scratch and must not get over complacent, even if 90 minutes separate them and a place in the Conference League play-off round later this month.