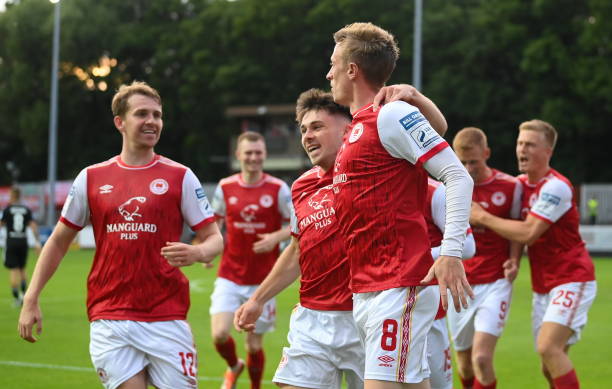 Can St Pats quickly forget their preventable cup defeat as they prepare for a tough task away in Bulgaria, or will CSKA Sofia take a commanding first leg lead with them to the Tallaght Stadium, firmly placing one foot in this season’s UEFA Europa Conference League group stages? Read this match preview, ahead of tonight’s compelling 6pm KO from Stadion Balgarska Armia.

Can the irish visitors spring a surprise? 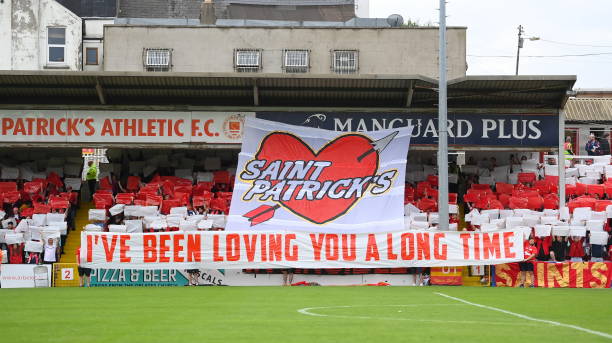 St Pats supporters, here in their first leg vs. Mura last month, will fancy their chances in Bulgaria

Tim Clancy’s men enter Bulgaria having suffered a 3-2 home defeat by Waterford on Sunday, prematurely knocking the defending champions out of the FAI Cup, so it’ll be interesting to see how they respond after that disappointment.

Goals from Tom Grivosti and a Ronan Coughlan penalty briefly gave them a slender advantage on the weekend, though opening goalscorer Wassim Aouachria and Junior Quitirna duly responded with further strikes in a five-goal first-half display.

It speaks volumes that any mention of this defeat is hidden from clear view on the club’s news tab, subconsciously making clear that competition isn’t important to them. Instead, there is ticket information and venue confirmation about the two-legged tie that begins abroad tonight.

Sofia finished bottom of their Europa League and Conference League groups over the previous two seasons, but under new management and with summer business aplenty, there is a desire to right those wrongs this time around.

Last season’s Parva Liga runners-up are unbeaten in competitive action dating back to mid-May, have scored nine goals in their last two games and kept clean sheets in four of six so far this term.

There were no such issues about continental hangovers for Sasa Ilic’s side, with Mauricio Garcez de Jesus and second-half substitute Lazar Tufegdzic combining for the former’s second finish during a 5-1 win over Beroe Stara Zagora on Sunday.

For context, both played the full 90 minutes as they eventually cruised past North Macedonia’s Makedonija Gjorce Petrov with a 4-0 home victory in last Thursday’s second leg. Will there be a similar goal fest here, or will we see a more measured approach with next week in mind?

I’ll have all the build-up from 5pm, so be sure to follow my live commentary and post-match coverage here on the Final Whistle website as the UECL action unfolds tonight.