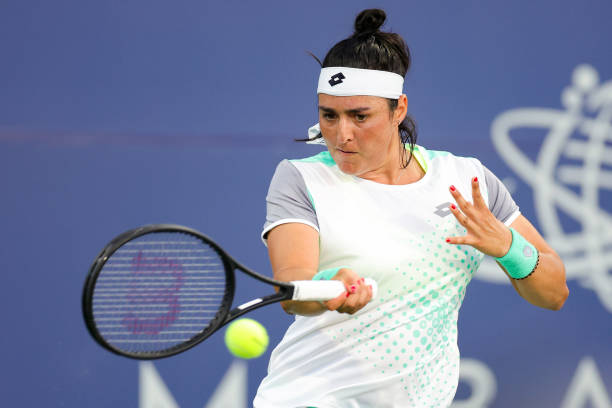 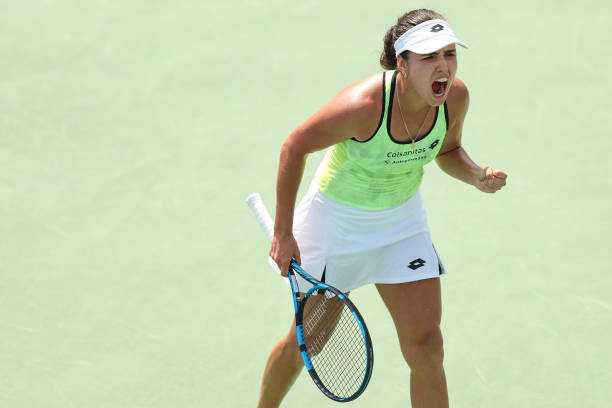 Osorio acquitted herself well, but Raducanu’s steely resistance proved too much to handle

It wasn’t straightforward, but US Open champion Emma Raducanu held firm under sustained duress and earned a gritty 7-6, 7-6 win over Camila Osorio in R2 at this year’s Citi Open last night.

She faces another first-time matchup tonight in world #58 Liudmila Samsonova, after the 23-year-old recovered from a set down to topple Wimbledon quarter-finalist Ajla Tomljanovic.

As I said earlier in the week, the teenage Briton could’ve been drawn to face a tougher opening test than an error-prone Louisa Chirico performance. Nerves were a factor early on, but eventually she won 6-4, 6-2 against the American qualifier on her US return earlier this week.

However, tough and tenacious are definitely words to describe a rollercoaster of emotions as she edged a closely-contested battle against Osorio here, who overwhelmed 2020 Australian Open champion Sofia Kenin with her powerful groundstrokes and winners aplenty in the first round.

Raducanu started well but Osorio refused to fold, as they went into two tiebreakers. Having won an 82-minute opening set, Emma’s energy and ability to contain the Colombian’s shot power during longer rallies was key as both began physically wilting in the sweltering Washington heat.

Osorio needed medical treatment for a blister on her foot midway through set two and struggled to serve with any consistency, while Raducanu had the same issues – getting two fingers heavily taped and revealing some uncomfortable blister details during her post-match interview.

It was a hard-fought, morale-boosting result and one that will give her momentum ahead of another challenge against someone who was taken the distance – albeit less gruelling. 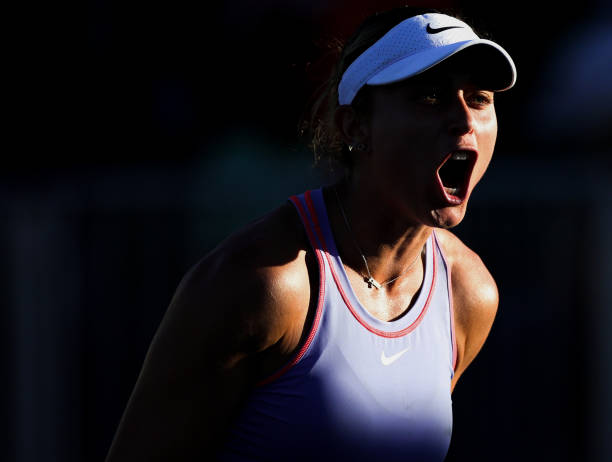 It was an ardous but successful return post-Wimbledon for tournament runner-up Ons Jabeur and world no. 4 Paula Badosa in their respective San Jose opening round matches.

Jabeur was made to feel uncomfortable in set one against Australian Open semifinalist Madison Keys, before an innocuous cut drawing blood requiring a lengthy medical timeout ruined the American’s momentum as she looked to prolong their exchange at 6-5 down.

Instead, Keys lost five of the next six games and quickly found herself a set and double break down as Jabeur showcased her devastating shot repertoire with the finish line rapidly in sight.

With a Tunisian touch to the San Jose night crowd loudly cheering her on, Jabeur wasted no time and applied the finishing touches to cap a 7-5, 6-1 victory.

“I’m grateful I played at night because it’s slower and helps me a little bit with the conditions – I know she plays the ball fast but huge respect for her, a great player and it was going to be a tough match for me.

I just tried to stay low, hit the ball as much as I can, make her play another ball and in the end I was feeling much better.

It feels like home seeing all the Tunisian flags, the Tunisians. Not just them, but also I know there are a lot of Arab fans here… Americans who supported me!”

As for Paula Badosa, the Spaniard found herself two points from defeat on multiple occasions but importantly didn’t allow herself to self-destruct during nervy situations, en route to a hard-fought 6-2, 5-7, 7-6 win over 21-year-old hometown wildcard Elizabeth Mandlik.

Mandlik, daughter of four-time Grand Slam champion Hana Mandlikova, twice served for the match but couldn’t close it out on her WTA tour main draw debut. She’ll undoubtedly learn from the experience, one the 24-year-old described as an unbelievable performance level.

Badosa next plays Naomi Osaka’s conqueror Coco Gauff for a semi-final place in the early hours tonight, after the Roland Garros runner-up was unplayable at times and endured some rather unsettling moments elsewhere during the day’s marquee matchup, leaving fans wanting more.

Gauff won 6-4, 6-4, but Osaka – whose late fightback was stirring – wasn’t able to play her best tennis

Osaka saved seven match points from 5-1 down in set two and threatened to take it into a deciding set, but for Gauff to close the door on serve – winning 6-4, 6-4.