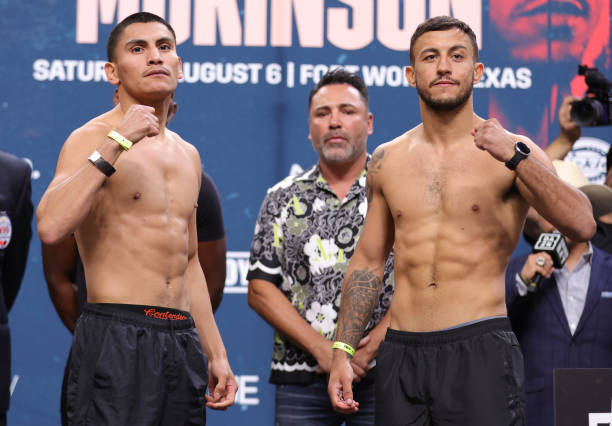 Vergil Ortiz Jr ends a 53-week layoff later tonight (Sunday, 4am BST) as he faces fellow unbeaten boxer Michael McKinson in their WBA welterweight world title eliminator. Will the 24-year-old rising star have it all his own way, against a hard-working Brit, or is a surprise in store?

Ortiz Jr: Time for another statement after long layoff 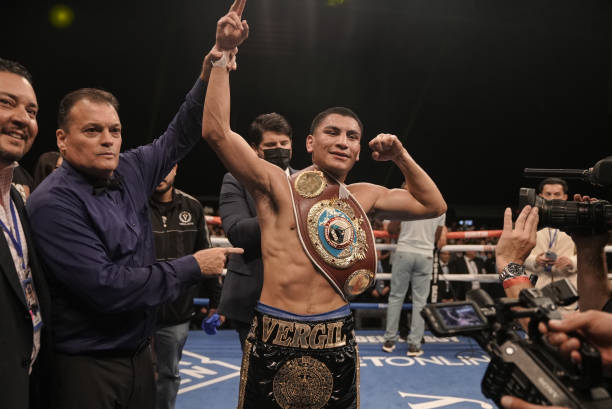 After a rhabdomyolysis diagnosis cancelled this fight first time around, rumours of him struggling to make 147lbs and being overtrained in previous fight camps, you can excuse the hesitancy that has followed Vergil Ortiz Jr this past year.

Boxing is heavily recency bias centric and while a promising youngster with multiple championship level opponents already on his resume, he’s not captivating audiences like Jaron Ennis right now.

However, he has set the record straight as far as where his immediate future lies.

“The more experience the better, time is definitely on my side, regardless. Spence and Crawford are in their 30s and I’m only 24 right now – we’ll get there when it’s time but I’m staying at welterweight until I get that first title, want to be clear about that. Hopefully I don’t have to wait too long.”

Ortiz (#1 WBO, WBA, #2 WBC and #3 IBF), is already in the mandatory position for two titles but an inactive year means he’ll have to defend the position.

Jaron Ennis (29-0, 27 KOs) is #1 with the IBF, while Lithuania’s Eimantas Stanionis (14-0, 9KOs) is currently the secondary WBA (World) welterweight titleholder and owed a shot at Spence’s (Super) strap, though is willing to wait while the megafight negotiations continue for a proposed November date in Las Vegas.

If they agree terms as expected, the 27-year-old will have a title defence during the intervening months.

McKinson has his work cut out

McKinson, here after his Alex Martin win in March, faces the biggest test of his career to date

Speaking to Steve Bunce for his BBC podcast, you could tell Michael McKinson knew the score.

The Portsmouth-born southpaw is expected to either get dismantled or give a good account of himself later tonight against rising welterweight star Vergil Ortiz Jr in the 24-year-old’s Texas hometown.

Boxing is a beautiful, often times brutal sport, but there’s no such thing as pre-determined results.

Ahead of his light-welterweight debut next weekend, Ortiz’s agemate Teófimo López can attest to that notion, having lost his lightweight titles against IBF mandatory George Kambosos Jr last October.

It’s the unknown that makes this intimate combat so compelling and McKinson spoke about venturing into deep waters, something he’s frequently done without drowning – but not yet at world level.

He beat Russia’s Evgeny Pavko to seize the European title at 147lbs in July 2019, later earned decision victories over three consecutive unbeaten boxers before beating short-notice opponent Alex Martin after news of Ortiz’s medical-induced withdrawal at the start of fight week when this matchup was originally slated for March.

“I don’t think I get enough credit, you don’t get to 22-0 and four international titles without being a good fighter.

Along the way, I never had the luxury of picking and choosing who I get to fight – taking risks early on, be the B-side to get to where I am.

I’m here on merit, earned my opportunity and done it the hard way.”

The 28-year-old freely admitted he was surprised to get a second opportunity at fighting Vergil, even if the first cancellation wasn’t of his own doing.

With all of the talk about McKinson being a negative fighter, one without big punching power to boot, it’s not surprising to hear he wasn’t the first-choice option. European champion David Avanesyan was favoured, but the two teams couldn’t agree a deal.

Nonetheless, this bout holds even more significance than it would have five months ago with news of the WBA making it a world title eliminator – the winner being mandatory for one of Errol Spence’s three belts – one he recently seized from Yordenis Ugas.

On hearing of that development, as speculation over a Spence vs. Terence Crawford unification clash continues to rumble, he said:

“Fuel added to the fire, very motivating, I’m very focused – this is just like the cherry on top of the cake.”

He’ll enter this matchup as a heavy underdog and that is something he welcomes, but we’ll have to wait and see if his hard work pays dividends here.