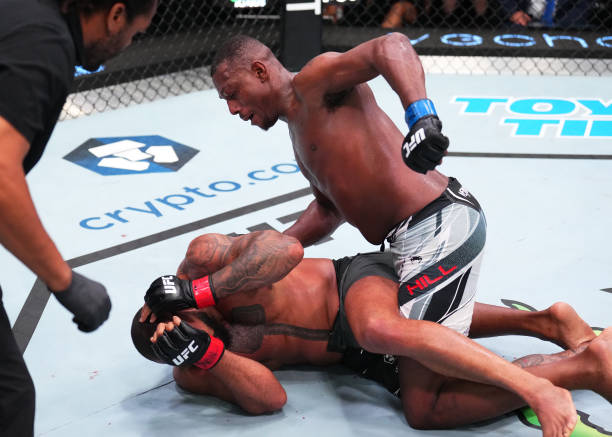 Light-heavyweight contender Jamahal Hill relished the challenge in his first UFC main event and quickly made it a memorable one against Thiago Santos, earning a fourth-round TKO finish against a former title challenger who thoroughly tested him. Elsewhere, there were impressive wins for Geoff Neal and Terrance McKinney among others on the main card.

Hill says he belongs after trading in fire with Marreta 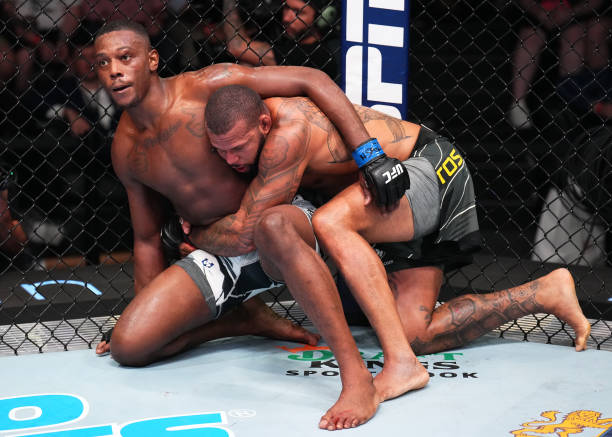 The nine-year anniversary of Thiago Santos’ UFC debut came and went earlier this week, yet the former title challenger entered uncertain territory as an underdog against Hill in the latter’s first main event matchup. Injury was a well-documented reason for this, but there were others too.

It was understandably so too: Santos hasn’t looked the same since tearing all the ligaments (and meniscus) in his left knee during a competitive clash with Jon Jones three summers ago.

He’s shown flashes of promise but they’ve been frustratingly fleeting: 1-4 in his last five heading into the contest, against someone who blitzed Jimmy Crute and Johnny Walker most recently.

The first stanza was very much a feel out round for both, as Santos’ wrestling attempts were well defended by Hill – grappling against the fence and showing his physical strength in more facets than just his explosive punch power as far as getups while holding up well when they clinched.

Speaking of, the pair landed some wicked strikes in the final few seconds of a tactical round, which set up the frenzied action to come. Hard, wild strikes were swung with bad intentions by both in R2 but Hill, armed with a three-inch reach advantage, had the better of their exchanges.

Santos responded in R3 by forcing him to expend energy and go on the defensive aplenty, succeeding with more takedown attempts and trying to wear him out.

Having visibly wobbled him with stinging punches in two previous rounds, Hill’s lovely double jab helped him secure a frantic finish midway through the fourth.

He unloaded ground-and-pound strikes against the fence to cap a back-and-forth duel he needed to get through, to justify his ever-growing confidence among the 205lb elite.

Sweet dreams to Hill, bad dreams to his opp ! #UFCVegas59

Assessing the rest of the main card 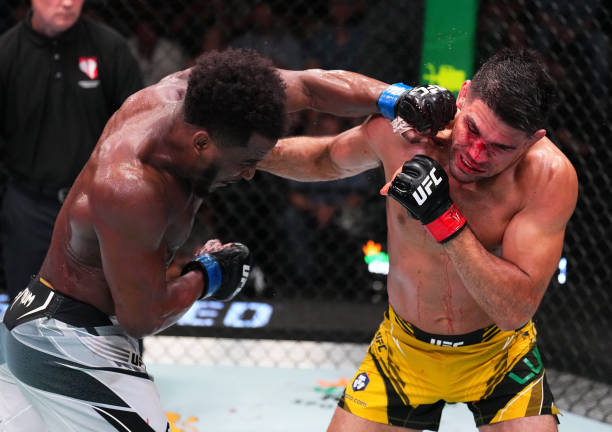 Neal and Luque trade leather during a brutal and bloody welterweight clash, the latter proving lethal

Geoff Neal was a man possessed en route to a seismic stoppage win over Vicente Luque, securing a third-round KO after a flurry of unanswered uppercuts (and two knockdowns!) were key as he overwhelmed the #6 ranked welterweight.

Afterwards he called for a matchup against former title challenger Gilbert Burns [4], a close friend of Luque – having already beaten Belal Muhammad [5] over 15 minutes back in January 2019. 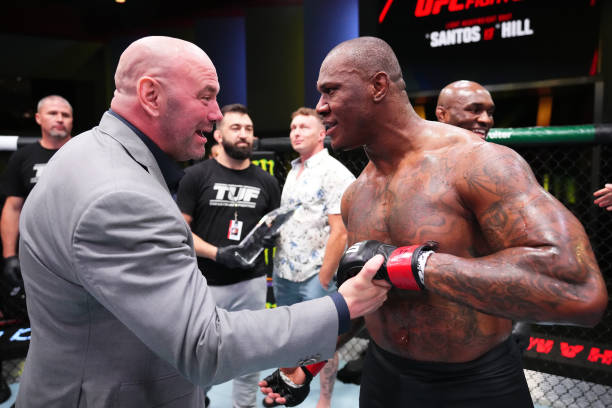 Dana White congratulates Mohammed, with Kamaru and the rest of his team in the background

After a sluggish first round showing, he showcased his devastating power to sting the previously unbeaten Zac Pauga with a straight left hook he didn’t see, crashing him into unconsciousness.

The 33-year-old, younger brother to welterweight champion Kamaru, emulated the 170lb titlist by winning TUF – becoming the first brothers to both win the series in the show’s 17-year history.

After a first-round defeat by Tom Aspinall 13 months ago, Sergey Spivak will find himself back in the promotion’s top-15 rankings at heavyweight after a second-round TKO win against Brazil’s Augusto Sakai – an outcome the 31-year-old quickly disputed, despite being covered up in a vulnerable position on the mat and unprotected against hammer fists raining down on his head. 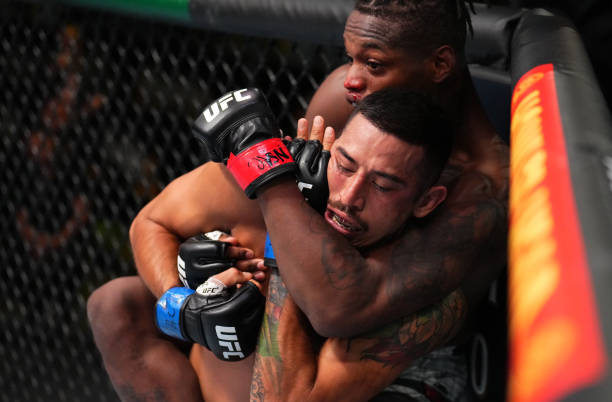 In the main card opener at lightweight, Terrance McKinney wasted no time in outstriking Erick Gonzalez and eventually sunk in a rear-naked choke submission, making him tap less than halfway through an electric opening round. The 27-year-old called for another quick turnaround, preferably at UFC 280 or in Las Vegas before the year’s over, and called out Paddy Pimblett.