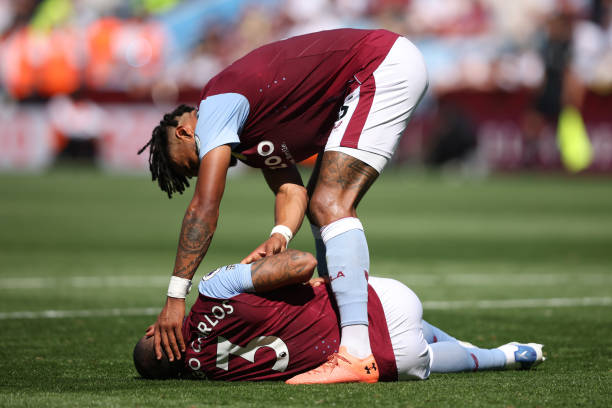 Just six weeks into his spell in England, disaster has struck for Aston Villa’s £26m summer signing Diego Carlos in the form of a long-term Achilles injury sustained during their 2-1 home win over Frank Lampard’s Everton on Saturday afternoon. Set to be sidelined for six months or more, this news means he misses the chance to crack the Brazil squad for the Qatar World Cup. 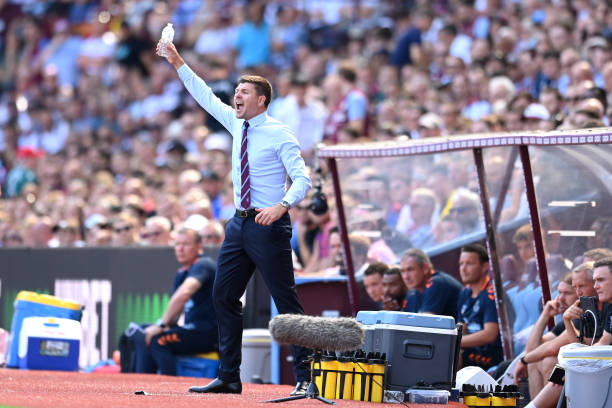 Gerrard has his work cut out, now his best defender is sidelined indefinitely

It feels like just yesterday, I wrote this feature praising Aston Villa’s show of ambition by officially compleing the deal to sign Diego Carlos – a highly-rated centre-back courting interest from many top European clubs over the past two years. They want to overachieve expectations.

Now, an already under-pressure Steven Gerrard will be without his marquee summer signing indefinitely after the 29-year-old ruptured his Achilles in stoppage-time at the weekend.

A club statement confirmed he’ll require surgery and then begin his rehabilitation programme, after Gerrard told the media of his extreme worry about the severity of the Brazilian’s injury.

Having captured Olympic gold in Tokyo last summer, the experienced defender, who spent three years at Nantes and Sevilla before agreeing a four-year deal to set foot in the Premier League this summer, now misses a golden opportunity to break into Tite’s thoughts for the World Cup.

Arsenal’s Gabriel Magalhaes and an ever-present Thiago Silva at Chelsea are two of many English-based players who frequently feature in the 61-year-old’s plans and with consistency, there’s no reason why Carlos couldn’t easily work his way into a senior call-up this winter.

Now though, surgery, rehab and recovery is on the agenda at an inopportune time for Villa, who aren’t exactly spoilt for choice defensively. Besides Ezri Konsa and Tyrone Mings, first-team regulars last term, Calum Chambers is the only other fit centre-back available for Gerrard now.

The former Arsenal man’s versatility has seen him largely play at right-back and defensive midfield under different situations in recent seasons, though Villa have preferred to play him at the heart of defence since capturing him for an undisclosed fee from the Gunners last January.

Kortney Hause (knee) only just returned to training after injury and is firmly down the pecking order, having tallied just over 1,000 minutes of top-flight football across the last two seasons.