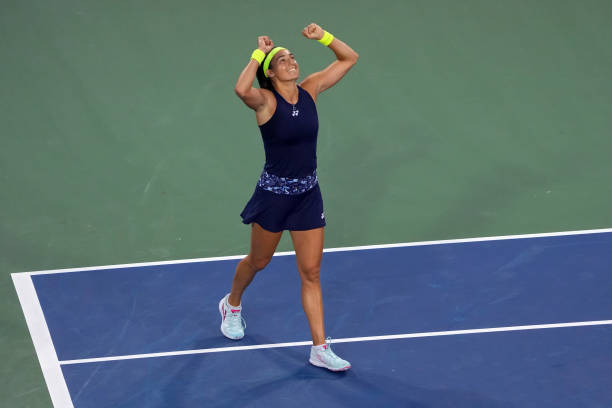 Caroline Garcia’s formidable form continues, after outplaying Emma Raducanu’s conqueror Jessica Pegula early and holding firm as the American’s level later improved in a 6-1, 7-5 win over the world no. 8 – her third against a top-10 player in 2022. The Frenchwoman plays Aryna Sabalenka in the semi-finals for a chance to contest her third WTA 1000 finale this weekend. 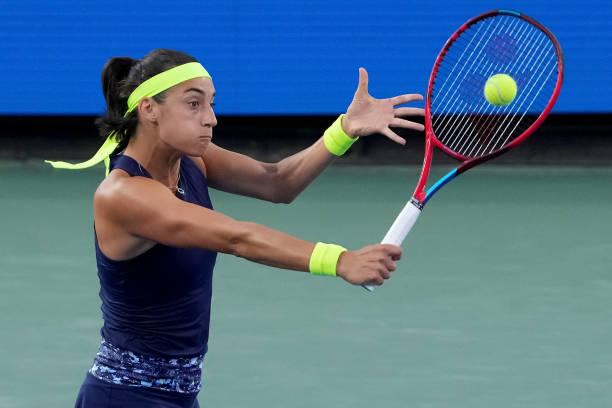 Everything flowed well for the French no. 1, keeping Pegula frustrated and racing into an early lead

Caroline Garcia will contest the fourth WTA 1000 semi-final of her career on Saturday night against Cincinnati Open’s sixth seed Aryna Sabalenka, after a 28-minute first set proved the catalyst as she dismissed American no. 1 Jessica Pegula 6-1, 7-5 in their quarter-final tonight.

Garcia began this season with a 9-11 singles record heading into Germany’s Bad Homburg in mid-June, but has found her footing and renewed confidence after deep runs and two European titles in successive months. That sense of belief has only intensified heading into the US swing.

The last Frenchwoman to reach the quarter-finals at this tournament was Marion Bartoli in 2010, who lost 6-1, 6-4 against Maria Sharapova that year.

Garcia, who had to recover from a set down to topple compatriot Diane Parry in the first of two qualifying matches before the festivities properly began, made sure history didn’t repeat itself.

Caroline Garcia is the first qualifier to advance to the semifinals of #CincyTennis since Akgul Amanmuradova in 2007.

Faces Aryna Sabalenka in the semifinals.

Predicated on an aggressive, early ball-striking tendency, the same that memorably left Emma Raducanu flummoxed at Wimbledon, Garcia’s timing and relentlessness zapped away Pegula’s chances to establish any real rhythm in the early exchanges as misfiring forehands flew past her.

It didn’t help the American’s case that, when she needed narrow line calls to go her way, they were always an inch or few milimetres long. This particular one, with a rare break point midway through the first set, speaks volumes for what quickly compounded her disappointing start:

It might’ve been a different contest, had Pegula pounced on two first set break points – like this one

Pegula continued to leak more errors in set two, but it was virtually impossible for her overall performance level to get any worse, whether she was agitated or not.

So it proved, after a straightforward hold of serve to start the set, she held more comfortably and the match followed a more nip-and-tuck pattern with longer rallies allowing her space to settle.

The crowd got behind the home player, Garcia serving to stay in the set at 4-5, and Pegula rather let her off the hook.

Successive unforced errors gave the Frenchwoman confidence to charge at the net, volleying an unreturnable shot into the open court. A kick serve to finish, and they were level at 5-5. Just when you thought a tiebreak was needed, more Pegula errors flew from the racquet. 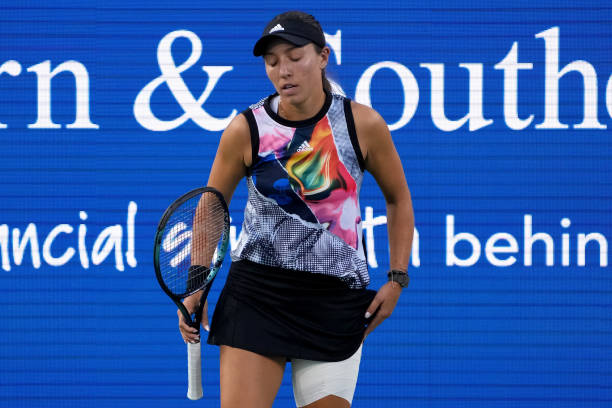 It wasn’t a day to remember for Pegula, who still could’ve forced a deciding set with better execution

A 13-shot rally – most of which she won assuredly yesterday – was ended with a backhand into the net tape as Garcia let out a come on, knowing the finish line was only four points away.

Keeping in theme with a closely-fought set two, it hung in the balance at 30-all, but not for long.

An 82mph second serve wasn’t attacked the way she’d done all evening, Pegula’s backhand again failing her during their rally exchange, before Garcia finished with a volley on match point.

Funny how Pegula went from the strongest American tennis player these days to being exhausted mentally and physically against a merciless Caroline Garcia. These commentators are something else. Great win!

Live WTA rankings, what these results means for the quartet
Keys, who beat Ostapenko, Swiatek and now Rybakina, is up five places to #19
Kvitova toppled Jabeur and Tomljanovic, will move back to world’s top 20 if she beats American
Garcia up to #28 with Pegula scalp, leapfrogs Amanda Anisimova into #22 with semi-final win
Sabalenka surges past Halep into #6, title this weekend sees her surpass Jabeur, Badosa to #4