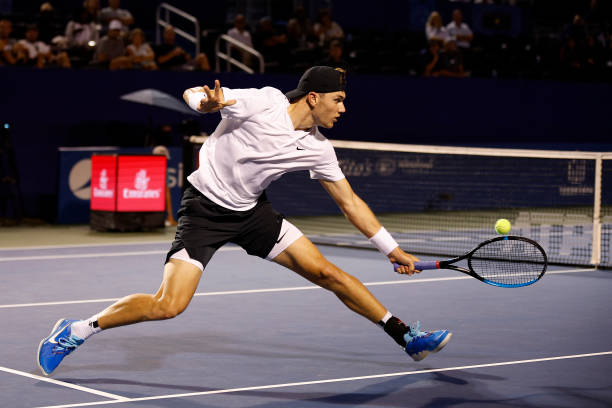 24 hours after adding role model Dominic Thiem to the ever-growing list of players he’s beaten so far this year, Switzerland’s Marc-Andrea Huesler ultimately proved too much for Jack Draper to handle during their competitive Winston-Salem quarter-final clash overnight. Draper has a chance to avenge his Queen’s defeat by Emil Ruusuvuori on Monday, in his US Open debut. 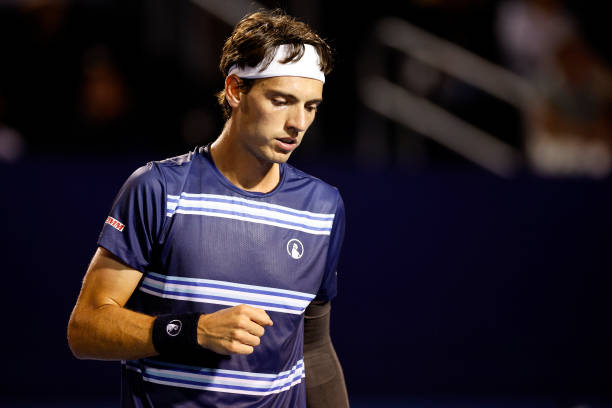 The 26-year-old’s forehand fired very well, while he seized the initiative on Draper’s second serves

After Laslo Djere saved two match points to overwhelm French veteran Richard Gasquet 7-6 in the deciding set during their quarter-final, this match was – thankfully – over in half the time.

Draper, who racked up wins over Fabio Fognini and Thiem to reach the last-eight on his tournament debut, will have been wishing for more consistency behind his first serve here.

In the end, it’s those fine margins which often define tightly-contested tussles like this one and the stats rather spoke for themselves: Huesler winning eight more total points (61/114) against a spirited 20-year-old who found himself behind the eight ball for the same reason in both sets.

First time around, it was two backhand errors and a pair of double-faults gifting Huesler a slender lead. Despite breaking straight back, he was broken again in the following service game.

The second time, at 1-1 in set two, was probably more jarring to watch from the contrast in their body language and demeanour alone. Huesler snatched the first point after Draper hit the net with a forehand mid-rally, and that set the tone for the Englishman dropping serve once again.

Having lost the previous game with a love-hold, Draper found himself immediately under relentless pressure and frustration crept into his game.

A brilliant serve out wide levelled things at 15-all, but not for long.

He framed a forehand into the sky and lost the next point all too easily, before clinching a 27-shot rally with a passing winner and a backhand return into the net gave him a chance to hold.

He fired long to finish a 23-shot rally, one that had him hunched over briefly, almost as though Huesler was popping air out of his momentum balloon. So it proved, with a crosscourt forehand winner and an overcooked return mid-rally to give the 26-year-old Swiss breathing space.

He quickly consolidated the break with another love-hold and despite saving a match point at 5-3 to perhaps create some doubt in Huesler’s mind, Draper only delayed the inevitable in what was an excellent showing from a player rising to a new career-high world no. 85 with this victory.

Although this is a tough loss to take just days before your US Open debut, Draper certainly produced plenty to be encouraged by and will learn from the experience, as he’s continued doing whenever coming up short in competitive contests against top opposition so far this year.

Speaking of, he’ll look to avenge his Queen’s defeat by Finland’s Emil Ruusuvuori on Monday, two-and-a-half months after their maiden H2H clash on grass. Ruusuvuori (32-25 in 2022) has lost four of his last six singles matches, including 6-4, 6-1 against Mannarino on Tuesday evening.

After wilting in a four-set defeat by Alex de Minaur at Wimbledon, it’ll be interesting to see how Draper physically looks once more over the best-of-five set format, against a talent three years older with successive R2 defeats at Flushing Meadows (Ruud in 2020, Bautista Agut in 2021).

Qualifying for this year’s US Open tournament is already well underway, but the main draw begins on Monday. As always, I’ll be producing daily round-ups with the latest results, game reports, and news from Flushing Meadows, so be sure to stay tuned to moandsports.com for the latest coverage — including analysis of the men and women’s draws, publishing this weekend!