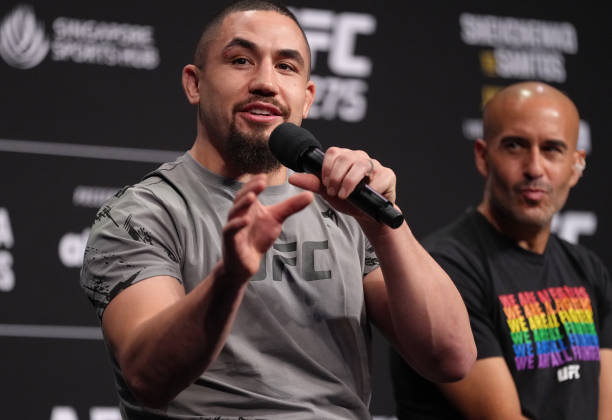 Assuming he gets past former title challenger Marvin Vettori this weekend, you can’t help but think former UFC middleweight champion Robert Whittaker wants an upset at UFC 281 on Nov. 12 when former foe Israel Adesanya defends his strap against kickboxing adversary Alex Pereira next. Judging by his recent comments, that could determine his immediate future…

Whittaker acquitted himself during the title rematch against Adesanya, but fell short once more

During an interview with Submission Radio, the 31-year-old New Zealander revealed he’d be open to moving up another weight division. Whittaker, who previously competed at welterweight between 2009 and 2014, racked up eight straight victories after going up to 185lbs.

Given the division’s lacking many standout contenders and Adesanya has already secured two wins over him and his next opponent Vettori, it’s understandable he’s given thought to a fresh start – but it would be a permanent one should he decide to go up.

Whittaker, as all fighters do, cuts weight to make 185lbs during penultimate fight day weigh-ins.

He’s competed at as high as 97kg (213lbs), representing Australia in freestyle wrestling tournaments as recent as 2018 – before the promotion’s commitments and injury provisions before his title fight with Yoel Romero saw him miss out on Commonwealth Games that April.

“When I moved up to 185 the first time, I would never go back down to 170. Got to put on muscle, train at that weight, do all the bits and bobs then and there.

I think it will be a more natural weight for me, personally, but the height disadvantage is annoying. I don’t know if I would want to deal with that.”

Adesanya dared to be great with an opportunity at double champ status in the light-heavyweight division but ultimately fell just short against now-former titlist Jan Blachowicz last March, before returning to defend his middleweight strap again as promised.

“Once I make the decision to go up, I’m there, that’ll be my division. I’d finish my career there, for better or worse. I’m doing really well at 185, definitely one of the most dangerous guys in the division.”

Before making any long-term decisions, Whittaker takes on Vettori this weekend. Will he return to winning ways, seven months after losing his latest championship fight, or can the Italian build on an impressive decision victory over another former title challenger in Paulo Costa?

The UFC’s first card in France, is as follows 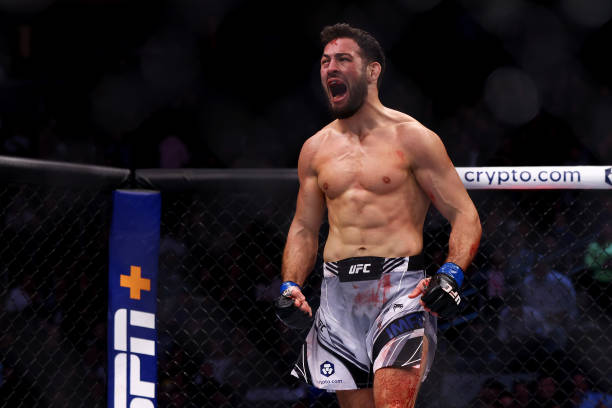 Imavov, here after his finish over Shahbazyan last November, returns home to defend his ranking