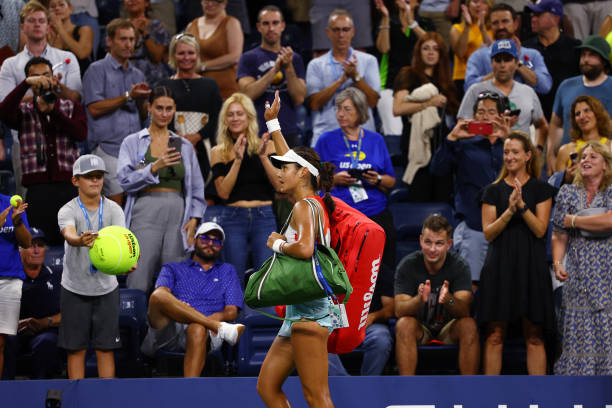 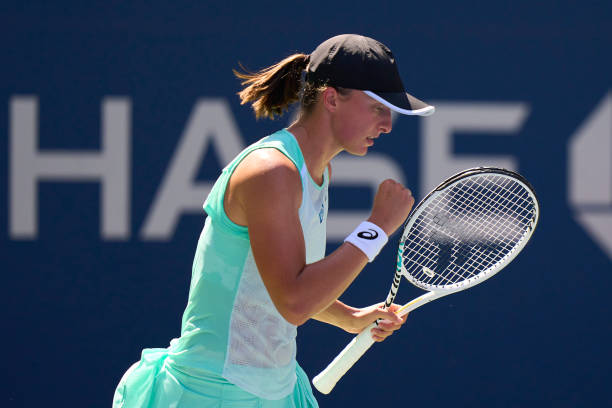 Swiatek got off to a good start vs. Italy’s Jasmine Paolini and plays 2017 champ Sloane Stephens next

Cornet absorbs, outsmarts Raducanu as defending champ is out 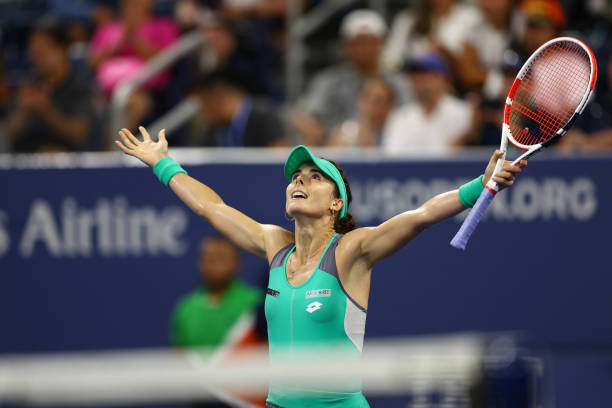 Cornet celebrates after securing her impressive straight-sets victory against Raducanu

Producing two double-faults in her first service game made things far from ideal for Alize Cornet as the pair exchanged early breaks in a nervy opening, but as 19th seed Danielle Collins echoed to finish the night session, you can still win big without serving particularly well.

There were some tense, tightly-contested rallies and both had moments to be encouraged by. However, Cornet’s consistently deep returns in the court eventually took their toll as Raducanu found herself stifled, surrendering the crucial break to go down 4-2 in set one.

Raducanu responded with gusto in the next game, recovering from 30-0 to force deuce after hitting two good winners – one forehand up the line and a well-timed angled volley at the net.

Cornet’s fifth double-fault of the match gifted the break back to the British teenager, who needed to consolidate it and take advantage as the Frenchwoman was flagging.

That didn’t happen though, as instead Cornet displayed great reactions to secure an audacious lob winner and a double fault put the initiative right back into her hands. 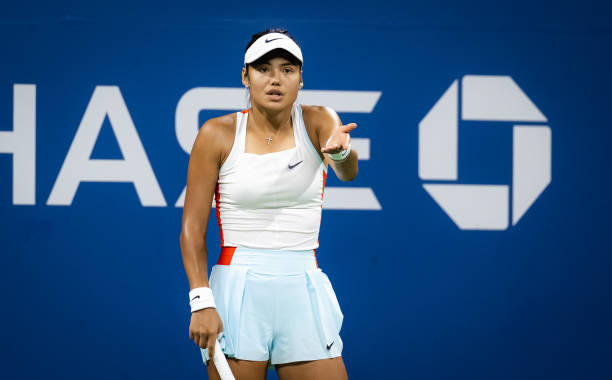 That proved just the push she needed, winning a 25-shot rally to bring up set point and somehow avoided being punished for such serving woes during a set of fine margins.

Raducanu received medical treatment for her well-documented blister issue at the changeover before set two – an ominous sign given her injury woes – and the Louis Armstrong Stadium crowd wanted more tennis. Surely, the champion’s defence couldn’t end like this? 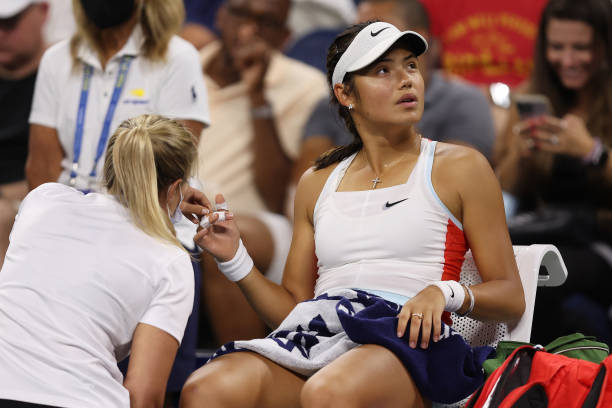 Blisters back: Raducanu receiving medical attention before set two during her defeat by Cornet

Just like in the first, she would have opportunities to prolong the evening’s action midway through the second. Ultimately though, turning the tide proved easier said than done.

Cornet’s dicey double-fault count kept rising (9 in total) and suddenly she seemed rattled, as the crowd audibly got behind Raducanu after every point while the presence of rain meant closing the stadium roof, which appeared to distract the Frenchwoman during her service motion.

Three doubles in one game saw her down 3-1, yet she refused to let that seep into her decision-making. A delicate slice winner creeping over the net was the pick of the shots as she wrestled the break back, while showing impressive shot defence behind the baseline to level at 3-3. 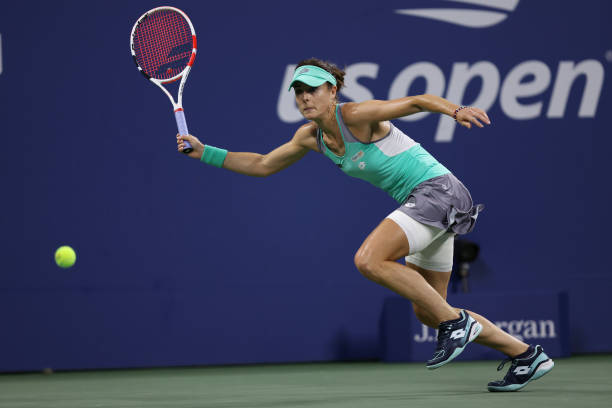 Cornet was constantly on the run, but her shot defence and court coverage proved decisive

Immediately putting Raducanu under duress on serve, she had won 10 of the last 11 points and her finesse proved key in outlasting the 19-year-old during their longer rallies. More devastating drop shots did the trick, dictating the tempo of their exchanges, securing a good hold for 5-3.

Raducanu served to stay in the match, but Cornet completed her latest scalp with aplomb: stupendous scrambling and defence helped earn match point, having been forced out wide in opposite corners during a rally at 30-30, and that typified the match.

Raducanu’s backhand misfired and match commentators said she lacked clarity – 15 winners, 31 unforced errors – but Cornet was the cause: mixing up ballstriking, constantly keeping her guessing, wearing on a much younger player by winning a large portion of their longer rallies. 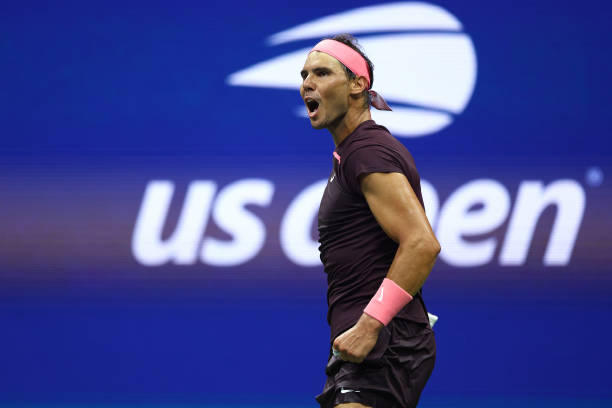 Rinky Hijikata got off to a promising start, flashed an array of fiery forehand winners and acquitted himself well but Rafael Nadal eventually powered his way into R2, winning 4-6, 6-2, 6-3, 6-3 in a maiden encounter that was much more competitive than it seemed on paper.

Despite taking the opening set, the final scoreline didn’t flatter the 21-year-old Australian wildcard, who failed to take any of his three break point chances in set four and with better execution during longer rallies, might’ve conjured up a few more still. Nadal was relieved:

“Thought I wouldn’t be back [to play at the US Open] but I am, super happy. Night sessions in New York are the best so thanks to everyone.

I have to be humble to accept the process, build positive things day-after-day, three hour eight minute match against a tough opponent so it was a moment to survive, accept what happens and stay positive, trying my best everyday.” 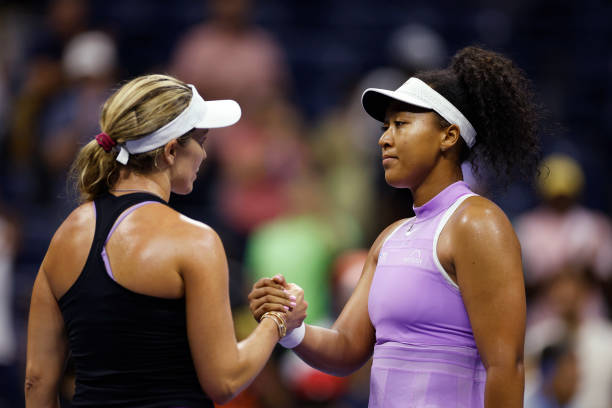 “When you lose to someone three times, you get a lot of information on what you can do better. I wanted to make some improvements, adjustments.

Naomi, being the player she is, definitely whooped me the last time [6-2, 6-1 in Miami earlier this year] so I had to learn from that, adjust and I did that. When you’re 0-3, you’ve got nothing to lose – go for it, hoped for the best…”

Four-time Major champion Naomi Osaka showed power and poise in racing to a 3-0 lead, got pegged back at 3-3 and will be left wondering what if, after another early tournament exit – eighth this year – against a familiar foe in a fired-up Danielle Collins in-front of her’s home crowd.

It all seemed to go pear-shaped for the Japanese after losing a pivotal point on serve at 4-4 in the first set tiebreak. She served well, dictated the rally and powered her way forward to the net, only for Collins to absorb said power and produce a big lob winner narrowly catching the line.

This happened on more than one occasion, as Collins’ defence was key in helping create much-needed breathing space – especially given Osaka’s aggressive start caught everyone by surprise.

Even while nursing a neck issue impacting Collins’ ability to accurately serve consistently – hitting nine double-faults – she sure found the perfect time to score her first ace of the match midway through set two, having saved a break point from a volley that kissed the baseline.

She saved two more to close out a rewarding win against an unseeded Major titlist who’ll need to rewatch film and quickly address what opposing players are learning to use against her if she wants to avoid such tough draws again – and importantly go deep in Slams – in the near future.

rublev, sinner among survivors as no seeds fall in men’s draw 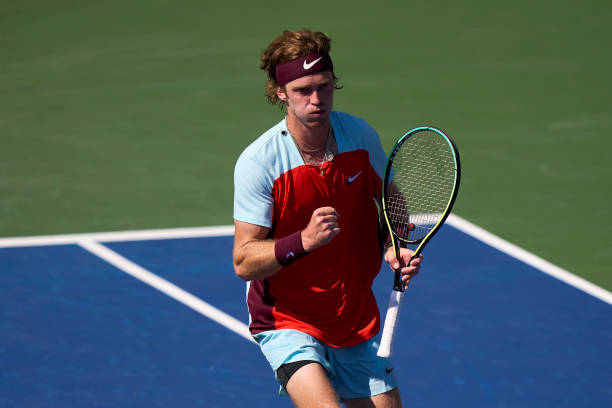 Rublev, who has reached two quarter-finals at this tournament, was pushed to the brink by Djere

Borna Coric, Andrey Rublev, Jannik Sinner and Denis Shapovalov. All four seeded players, who’ve experienced contrasting luck at Major tournaments so far this season, had to fight their way through moments of adversity and needed a deciding set to win their respective matches.

Rublev, the highest seed of the quartet at ninth, led 7-6, 6-3, 3-3 at one point against last week’s Winston-Salem finalist Laslo Djere. But the 27-year-old Serbian, a former top-30 player, has acquitted himself well against other tough competition and wasn’t going to depart quietly here.

After serving nine double-faults in the first two sets alone, he improved drastically to take set three and four, with considerably more winners (25) and unforced errors (26) than Rublev (11 and 7) during that span. Crucially though, his improvement wouldn’t last throughout the fifth.

Coric faces home hopeful Jenson Brooksby – remember him – after finding himself in similar circumstances to Rublev against French qualifier Enzo Couacaud on his main draw debut.

He led 6-2, 7-6 and served to start set three, but quickly found himself 3-0 down in the third. Couacaud’s confidence grew, the comeback was on, and Coric’s level dipped as the Croatian was spilling errors aplenty. He recorded an eyewatering 81 in the match, which speaks volumes.

Shapovalov meanwhile, was twice down a set against Jack Draper’s recent conqueror Marc-Andre Huesler but the unpredictable Canadian eventually prevailed 2-6, 6-4, 6-4, 3-6, 6-1.

He’ll play the winner of an all-Spanish affair, to be finished, between Jaume Munar and Roberto Carballes Baena (scoreline was 6-1, 6-3, 3-6, 4-1 in RCB’s favour before rain suspension.)

Sinner, the only one still yet to reach the last-eight at this Major, has his work cut out to achieve that feat this year in a section still featuring Hubert Hurkacz, Grigor Dimitrov and compatriot Lorenzo Musetti after the latter’s comeback win over David Goffin (11-9 in the final set tiebreak!)

Germany’s Daniel Altmaier gave him a fright, like the 23-year-old did at Roland Garros as a qualifier in 2020, but Sinner – like Shapovalov – finished the decider with a 6-1 final scoreline.

He’ll hope for an easier test against American qualifier Christopher Eubanks next, who edged out a hard-fought straight-sets victory 7-5, 6-3, 7-6 against Spain’s Pedro Martinez.

Matches to watch out for, on Day 3 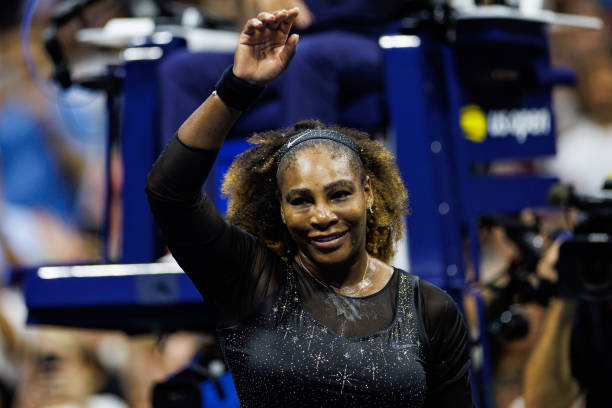 After a hard-fought R1 win, will Serena take down a seed or play her final singles match?