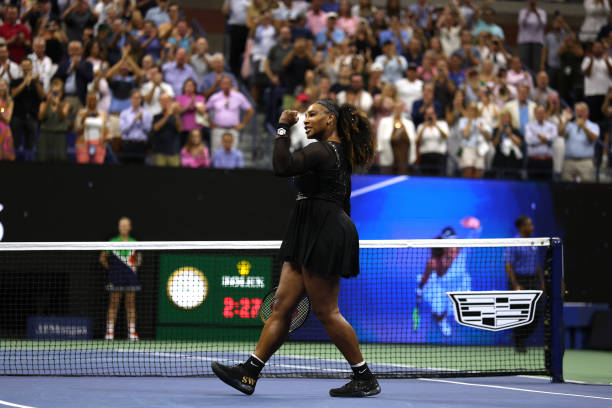 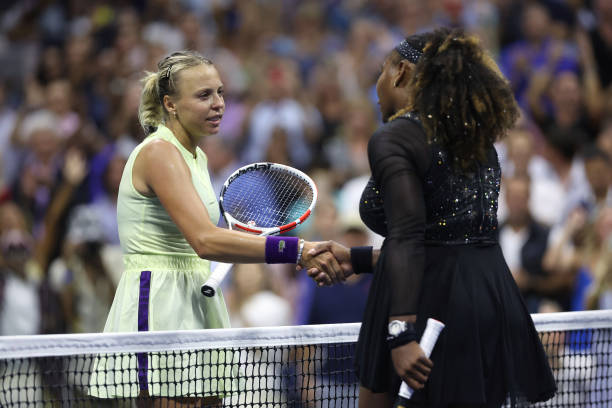 Although not reflected by the final scoreline, they were locked in a tight battle lasting almost 2h30m

“Loving this crowd and it’s really fantastic, there’s still a little left in me, we’ll see. You know this is what I do best, love a challenge and rising to it, haven’t played a lot of matches but practising well, it wasn’t coming together [beforehand] but maybe I should’ve travelled with you [fans] all those years!

After losing the second set I knew it could be over so really just wanted to keep trying, see what I can do, tried my best and it’s super exciting.

Nothing to prove or win, absolutely nothing to lose, never get to play like this since 1998, always had an x on my back since ’99 so enjoy coming out.”

The last sentence of that joyous post-match quote speaks for itself, playing freely while savouring each moment – rather than being fatigued by pressure and expectation to continue making history, as if metronomic winning and history-making is a certainty rather than a rarity.

Just like against Kovinic on Monday, there were a few hairy moments here.

That came with the territory, playing against a world no. 2 in Kontaveit whose inconsistent form didn’t matter a jot coming into a marquee matchup she did everything to win. The tennis was at a much higher level, naturally, but also more shorter rallies to boot – favouring the home hero.

Williams advances to the 3R #USOpen after defeating Anett Kontaveit 76 26 62 and will face Ajla Tomljanovic next.

Her movement was tested early and often, though she quickly showed her readiness for the challenge as both had to save break points midway through set one.

Given the troublesome injuries she’s dealt with, the Arthur Ashe crowd couldn’t hide their gasps as she slipped when attempting to retrieve a shot on her third break point opportunity at 3-3.

Thankfully, she didn’t land awkwardly or twist anything – though Kontaveit clinched a gutsy hold during a 13-minute game.

The 26-year-old Estonian found herself constantly having to probe Williams, hitting deep returns and line-kissing winners to keep the 23-time Major champion behind the baseline.

By the midway point at 4-4, they’d both scored 12 winners. Kontaveit’s latest was a forehand down-the-line winner to finish a gripping rally.

However, both self-imploded on serve without warning as they went into a tiebreaker. Serena’s tried and trusty serving, which hurt her in the game prior, helped her clinch the breaker 7-4 during a set which could’ve easily gone against her.

She scored five winners and an ace to consolidate said break, with more fantastic hitting helping level the scores at a set apiece – despite a lull at 3-0 – producing points like these took their toll.

However, her forehand was immediately under duress to start set three as Williams raised her level again. All things considered, she showed great fight in that moment and saved two break points but Serena seized the third, giving her breathing space and a promising lead to defend.

Anett had a chance to turn the tide but was overhitting rally balls and not able to sustain set two’s highs (27 unforced errors, just 3 in second set) as Serena could smell blood. They contested an incredible point at 4-2, 15-15 – Williams later saving a break point to lead 5-2.

It was soon over, celebrations could continue following some nervy moments, and after doubles duty with Venus, Serena plays Wimbledon quarterfinalist Ajla Tomjlanovic on Friday, after the Australian recovered from a set down to beat Russia’s returning Evgeniya Rodina 1-6, 6-2, 7-5.

Serena, surprised at her level? 😏 pic.twitter.com/QP41An73FE 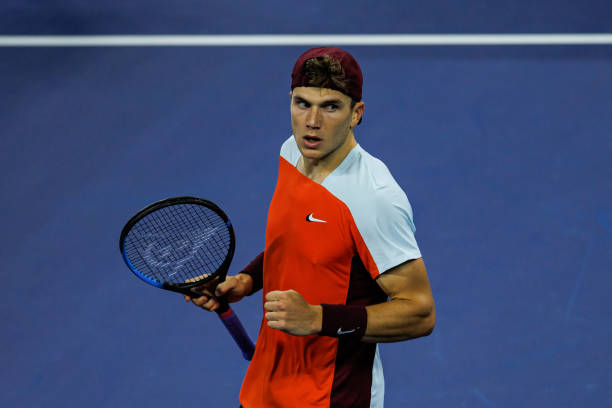 Draper celebrates during his straight-sets win over Auger-Aliassime, who fired far too many errors

In a tough section of the draw, Britain’s 20-year-old Jack Draper built on his straight-sets win over Emil Ruusuvuori by doing the same against a considerably tougher test – showcasing big hitting and steely composure to best last year’s semi-finalist Felix Auger-Aliassime 6-4, 6-4, 6-4.

He plays Karen Khachanov [27] next, after the Russian was made to work against Brazil’s Thiago Monteiro before clinching in a four-set victory elsewhere on Day 3.

They’ll collide in R3 come Friday, on the other side of Draper’s section.

Draper’s compatriot and former world no. 1 Andy Murray played his part to set up an intriguing third-round clash against last year’s Wimbledon finalist Matteo Berrettini [13] – a rematch of their Queen’s final in June – after the pair recorded contrasting four-set victories themselves.

They both came from a set down to win, Berrettini being forced into winning two tiebreaks to see off French lucky loser Hugo Grenier – while Murray only lost four more games after dropping set one 7-5 against American wildcard Emilio Nava.

On the other side of their section, Stefanos Tsitsipas’ conqueror in Colombian qualifier Daniel Elahi Galan remains after he outlasted Jordan Thompson in five sets.

So too does his upcoming opponent, Spain’s Alejandro Davidovich Fokina, after winning a deciding set ten-point tiebreak to overwhelm Marton Fucsovics.

Defending champion Daniil Medvedev and Wimbledon runner-up Nick Kyrgios remain on a last-16 collision course after both beat Frenchmen: Benjamin Bonzi in four for the unpredictable Australian, while Medvedev proved too much for Arthur Rinderknech during the night session.

There was success for one lucky loser though in France no. 1 Corentin Moutet, starting well and importantly finishing with aplomb to knock out Botic van de Zandschulp [21] 6-4, 1-6, 6-2, 6-4.

On the topic of Grand Slam finalists, French Open runner-up Casper Ruud is quietly going about his business too after refusing to panic against Tim van Rijthoven’s powerful early surge.

The 23-year-old eventually prevailed with a 6-7, 6-4, 6-4, 6-4 scoreline but it was tight – having saved two break points deep in set two, winning 11 consecutive points and not looking back. 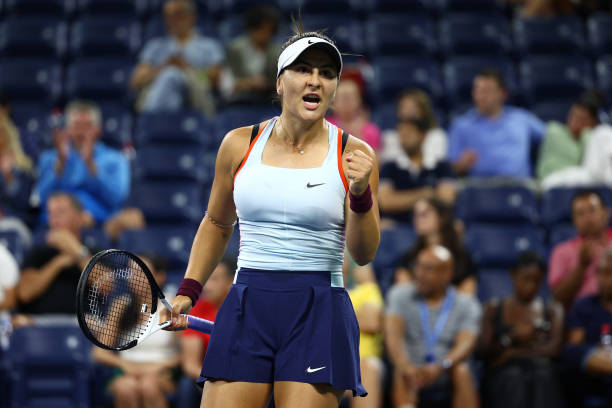 Last year’s runner-up Leylah Fernandez, semifinalist Maria Sakkari and Barbora Krejcikova [23] were among the seeds to fall on the women’s side today, but true to form, some tantalising third-round matches have been made as a consequence.

Liudmila Samsonova, champion in Washington and Cleveland last month, continued her impressive form with a 6-3, 7-6 win over Fernandez while the Russian’s upcoming opponent, Aleksandra Krnuic, rallied from a set down to beat 2021 French Open champion Krejcikova.

just found out I clocked a serve at 128mph today… yo WHAT🫣?

Her reward is another matchup against hard-hitting compatriot Madison Keys, runner-up at this tournament five years ago, in R3 after she won a ten-point tiebreak to knock out Camila Giorgi.