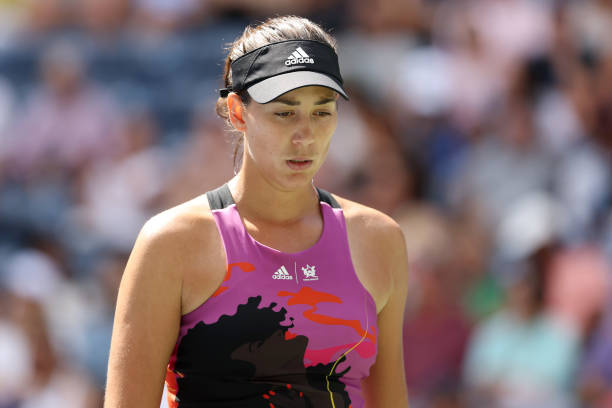 Jannik Sinner recovered from a set down to ice a home hopeful in the night session, after Petra Kvitova was pushed into a deciding set ten-point tiebreak as she edged past two-time Major champion Garbine Muguruza. Elsewhere, Cameron Norrie and Frances Tiafoe prevailed before Naomi Osaka’s conqueror Danielle Collins added another tricky opponent onto her resume. 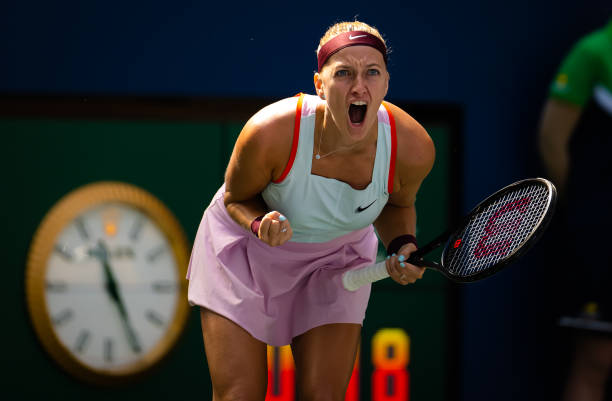 Kvitova celebrates during her three-set battle with Muguruza, recovering from a set down to edge it

2022 hasn’t been a kind year for Garbine Muguruza, made even more underwhelming by her publicly addressing lofty ambitions after clinching last season’s WTA Finals title in Mexico.

That continued here, having taken the opening set 7-5 but seeing an early advantage quickly disintegrate against Kvitova, twice a quarter-finalist (2015, 2017) at Flushing Meadows.

Muguruza led 5-2 at one stage in set three and had two match points at 6-5 – despite being 40-0 down at one stage – but both were well defended by the Czech with her back to the wall: a timely ace and forehand into the net ultimately proved as close as she ventured towards the finish line.

After straight-set victories in the opening two rounds against Clara Tauson and qualifier Linda Fruhvirtova, this result means she failed to defend her R4 points from last season – meaning the Spaniard will fall out of the world’s top ten WTA rankings for the first time since July 2021.

Speaking of Czech comebacks, Karolina Pliskova similarly rallied from a set down to overwhelm Olympic champion Belinda Bencic 5-7, 6-4, 6-3 – who similarly failed to defend her quarter-final points acrued from 2021, and will drop to #14 provisionally in the WTA world rankings. 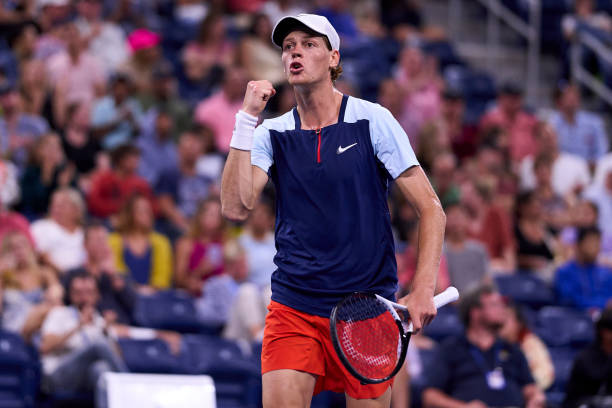 Sinner was increasingly emotive against Nakashima, rallying from a sluggish start to win in four

Britain’s no. 1 Cameron Norrie ignored Holger Rune’s protests at his perceived deliberate slow serving routine en route to a 7-5, 6-4, 6-1 win over the talented but often petulant Dane, seeded 28th, to punch his ticket into R4 against Russia’s Andrey Rublev. A tough encounter awaits.

Denis Shapovalov graciously conceded on social media afterwards that the better man won, but Rublev again found himself in trouble and had to recover from two sets to one down before eventually outlasting the unpredictable Canadian during a deciding set tiebreak (10-7).

Frances Tiafoe levelled the historical H2H at 2-2 with Diego Schwartzman, firing off 45 winners and nine aces to prevail in their first Major meeting against the Argentine, seeded 14th. His reward? An opportunity to end Rafael Nadal’s Slam streak on Arthur Ashe this Monday.

Jannik Sinner recovered from a set down to win 3-6, 6-4, 6-1, 6-2 against Brandon Nakashima’s spirited effort in their first H2H meeting, competitive until the Italian took over late in the second.

Superb serving, relentlessly powerful groundstrokes and a purposeful finish helped the Wimbledon quarterfinalist overcome early adversity, before revealing post-match how he’s been urged to express (and better manage) his emotions more on court, positive and negative.

“Very tough match, the first time we played, didn’t know what to expect but I raised my level. Thanks for staying so long, I knew I’d play an American today but it was very nice to have you because it was a fair atmosphere so thanks.

We worked on that [emotive behaviour], have to stay positive, thanks to my team because they always try to help me, it’s all part of the process.”

This year’s US Open tournament is already in full flow now… As always, I’ll be producing daily round-ups with the latest results, game reports, and news from Flushing Meadows, so be sure to stay tuned to moandsports.com for the latest coverage — you don’t want to miss it!