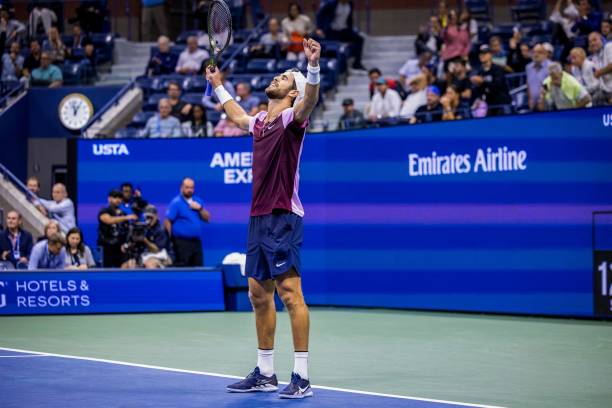 At least four maiden US Open semi-finalists will feature at Flushing Meadows later this week with new champions to be crowned in both draws, after Casper Ruud raced past an out-of-sorts Matteo Berrettini, Ons Jabeur ended Ajla Tomljanovic’s spirited run, Caroline Garcia’s aggressiveness saw her outgun Coco Gauff and Karen Khachanov withstood a spirited Nick Kyrgios fightback to edge past him in a deciding set beyond midnight New York time overnight. 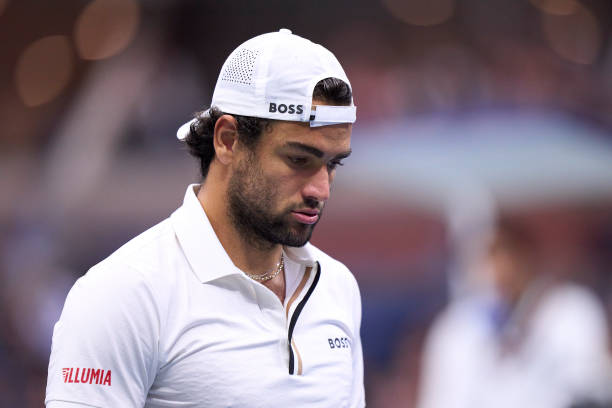 Berrettini was quickly facing a large deficit and despite rallying, failed to execute big points better

French Open finalist Casper Ruud became the first Norwegian man to reach the US Open semifinals, and that result also means the 23-year-old is still on course to become the first Scandinavian man to hold the world no. 1 ranking since Stefan Edberg did so back in 1992.

That’s after he raced to a 6-1, 6-4 lead against a wayward Matteo Berrettini showing, who rallied well to take charge in set three but squandered a handful of opportunities when serving for the set and was duly punished despite saving two match points in the tiebreak – losing 6-1, 6-4, 7-6.

He’ll play a fellow first-time semifinalist here in Karen Khachanov on Friday, after the 27th seed overcame a partisan crowd as well as the peaks and troughs of best-of-five set tennis to overwhelm Wimbledon runner-up Nick Kyrgios 7-5, 4-6, 7-5, 6-7, 6-4 during the night session.

Kyrgios, who complained of calf discomfort throughout the first set and at one stage looked likely to retire early in the second with the pain, recovered well during a competitive clash between two players rarely losing their serve. Quick holds of serve and winners aplenty ensued.

Khachanov’s backhand was a thing of beauty and frequently got himself out of compromising positions, while the scoreboard pressure hindered Kyrgios’ flow late in sets – coupled with the Russian’s composed ball-striking to save multiple break points.

That proved key to a gutsy five-set win, as the Olympic silver medallist has finally achieved new heights at a Major, though it didn’t look likely to happen this year earlier this fortnight.

He trailed 5-2 in the third set against 20-year-old Briton Jack Draper before the youngster’s injury, while being taken to a deciding set by a phyiscally compromised Pablo Carreno Busta. 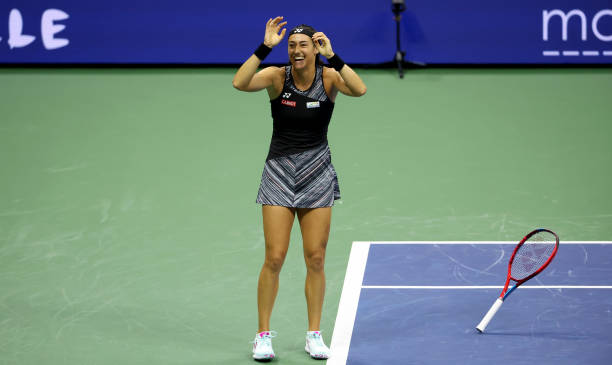 This match is effectively summarised by how she reacted when the American teenager was stirring, threatening a second set comeback at 3-2 with a break point.

Timely serves of 111 and 108mph helped her successfully navigate a tricky predicament, while Gauff recorded three double-faults in her first two service games and struggled to really get going with any ball-striking continuity before it was too late. Garcia was already in the groove.

She’ll play Ons Jabeur next, after the Wimbledon runner-up battled fiercely to beat Serena Williams’ conqueror Ajla Tomljanovic 6-4, 7-6 – who will rise to a new career-high world no. 34 following a memorable nine days at a tournament which she historically has struggled in.

Jabeur, who had a trio of third-round US Open defeats in recent years, will target extending a favourable 2-0 H2H against an in-form Frenchwoman who has nothing to lose but plenty to gain.