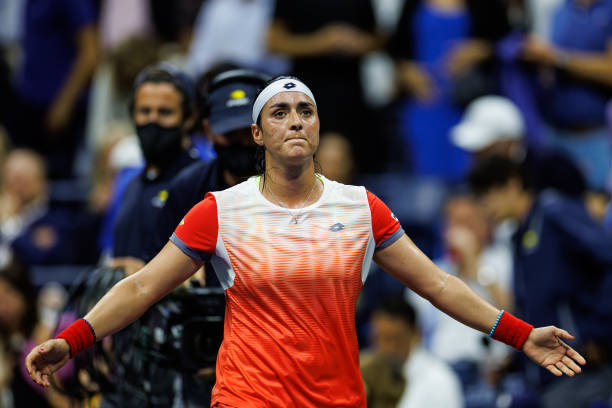 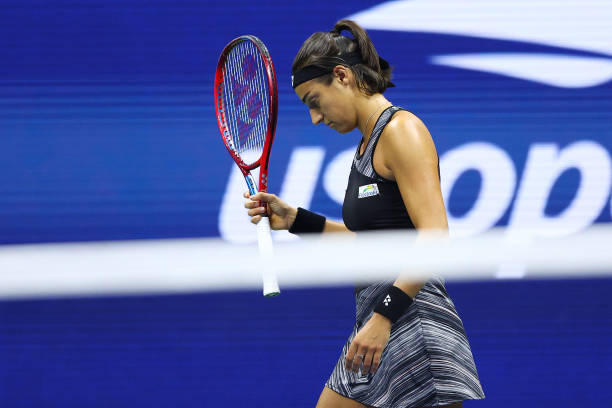 Garcia quickly came unstuck and struggled to arrest the decline, as Jabeur raced ahead

A cocktail of nerves, undone by sneaky slices and six aces saw Caroline Garcia 5-1 down after just 19 minutes, during a tense semifinal defeat against Wimbledon runner-up Ons Jabeur.

The Frenchwoman led 30-0 on serve to start the match, yet quickly lost seven straight points – including an easy overhead miss and three forehand errors – as the Tunisian’s confidence soared on the opposite side of the court with another opponent failing to match her intensity.

Even the net cords went Jabeur’s way, as Garcia tried keeping pace with her to start set two.

Net approach play and a timely first ace helped her safely out of her first service game, while some gutsy second serves helped Ons navigate beyond rare scoreboard pressure at 30-30.

After hitting a makeable forehand into the net earlier in the game, Jabeur conjured up a line-kissing strike to present another break point for a 3-1 lead. Garcia’s slow serve effectively gift-wrapped it for her, and she drew another error to seize it.

Garcia’s forays forward were proving troublesome though, coming back from 15-40 down to force three deuces in the next game – but despite her shot defence, was delaying the inevitable.

She held serve from 0-30 down, before applying pressure in the following game as Jabeur’s first serve virtually disappeared. They went to deuce again, but a timely 103mph serve and forehand error meant the world no. 2 was just four points from a maiden US Open final.

Garcia’s soft hands at the net prolonged their encounter, asking Jabeur the serve it out question as the clock ticked over the hour mark. She continued hitting harder, nothing to lose now, as a 94mph forehand winner up the line levelled the scores at 30-apiece once more.

That parity wasn’t going to last very long: a deep serve finished with a chipped winner and Garcia’s 23rd unforced error pulled the curtain over a display she’d love to forget rather quickly.

Garcia: " Today, the beginning of the match was not great. Made a few mistakes in important points. The arms and the legs were not moving as great. Obviously for my game, if I'm a little bit slower or if I don't go for my shot, mistakes can come very quickly." #USOpen 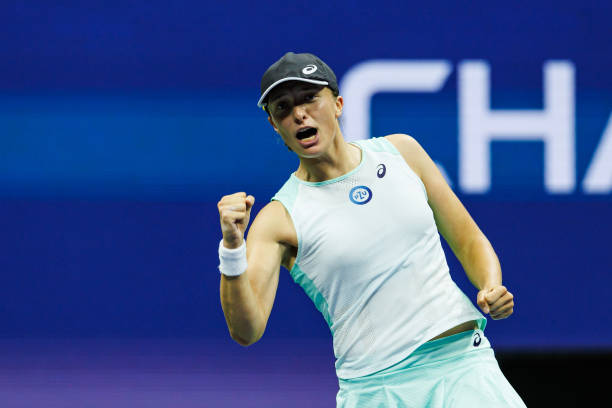 Swiatek after a hard-fought deciding set win, rallying from 2-4 down to win the final four games

Iga Swiatek started sluggishly, undone by some power hitting, yet survived and won four straight games from 2-4 down in the deciding set to overcome Aryna Sabalenka, inflicting another painful semi-final defeat that will surely leave more scar tissue for the 24-year-old Belarusian.

Jabeur joked during her post-match interview she wanted the pair to clash for five hours, much like the Alcaraz-Sinner classic on the very same court less than 24 hours earlier.

Swiatek knew fairly early on if she wanted a place in Saturday’s final, she’d need to go the distance – much like a tetchy display against Jule Niemeier in R4. Both had teething problems with their first serve early, but Sabalenka consistently had the final say in their longer rallies.

They exchanged breaks midway through set one, Sabalenka crushing the ball with her forehand and while her backhand was less convincing, Swiatek couldn’t effectively weather the storm.

Sabalenka’s ability isn’t the question, having the mental fortitude to deal with pressure and expectation remains a pressing concern. That was clear to start set two, as Swiatek reset with a bathroom break and immediately broke the Belarusian’s serve while she fumed to her box.

After a good hold and a rare ace for the Pole, Sabalenka was under duress again to hold serve.

She did at 2-1, but a quick hold down the other end shifted the responsibility back into her hands. It got dicey. A 102mph second serve and 104mph to follow suggested she did enough to hold, before Swiatek slammed a return ace from a 106mph serve to present another break point.

The 21-year-old was well-positioned to defend a 111mph serve flying her way, which appeared to startle Sabalenka as she fired wide with her return. 4-1 down, Swiatek’s forehand now firing and her shot defence had improved, it wasn’t long before a decider was needed.

Into a third set they went and Sabalenka quickly had three break points of her own. Swiatek saved two but a backhand into the net saw the third seized, while Sabalenka consolidated the break with more of the same powerful hitting that saw her race to an encouraging early lead.

For all of the Aga Radwanska comparisons, Iga couldn’t consistently generate power from her haunches and still be well-positioned to return Sabalenka’s wicked groundstrokes.

She held serve then applied pressure on the world no. 7’s serve once more, as a two-handed backhand passing winner – on the stretch – gave her a 0-30 lead and half-chance to break.

108 and 117mph serves helped Sabalenka get her nose back in-front, but it wasn’t for long as more unforced errors saw the score level at 2-2. 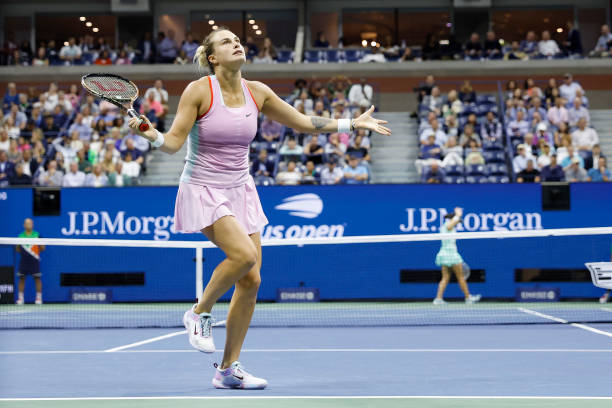 Picture says it all: Sabalenka reacts after Swiatek scores another winner on a night she won’t forget

Two break points out of nowhere in the subsequent game, much like to start set three, saw Sabalenka break back. Untimely mistakes spilled from the Pole’s racquet, while Sabalenka composed herself with big serving – break point down – to take a morale-boosting 4-2 advantage.

Surely now then, she’d got over the hump being just eight points from a maiden Slam final?

Swiatek had a quick service hold and nodded to her box, almost knowingly, at the changeover as if to say, okay, this is where the match truly begins.

0-30 ahead again, another Sabalenka forehand error presented three break points, from which she levelled once more with a deft crosscourt winner.

Sabalenka won a 12-shot rally which drew a standing ovation from the Arthur Ashe crowd in the very next game, but successive errors during rallies – while Swiatek was scrambling defensively at the baseline – proved costly as the world no. 1 produced a gutsy service hold and prevailed.

Serving to stay in the tournament, a forced error, seventh double-fault and volley at the net presented three match points. Her 44th unforced error, a forehand into the net, sealed the deal.

this weekend, what’s Still to come? 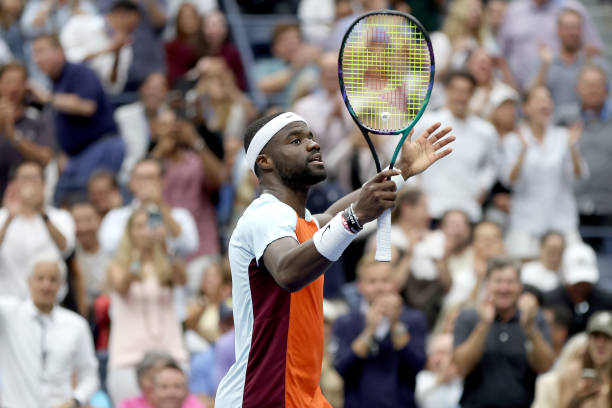 Can Tiafoe take advantage against a tired Alcaraz? Will Ruud rise above the Khachanov challenge?