Two struggling Premier Division sides clash in the first of two FAI Cup quarter-finals tomorrow, as Shelbourne host Bohemians at Tolka Park. Given their dwindling league form and the domestic season is almost over, who will hold their nerve here and secure a semi-final berth?

Shels or Bohs: Who can execute better on the day?

Shelbourne vs Bohemians
FAI Cup, Quarter-Final — Kick-off at 2pm, Sunday
Follow the live action as it unfolds with my coverage here

Between the pair, they’ve lost more league games (24) than won (18), conceded more than scored and are rooted mid-table with a memorable finish to the season unlikely.

However, Shelbourne manager Damien Duff has been consistent in his stance: positive momentum breeds confidence.

First-team regulars Luke Byrne and Kameron Ledwidge are among the players struggling with nagging knocks, while Duff urged players to fill Conor Kane’s absence after his horrific knee injury recently, ahead of a home tie representing their biggest game remaining this season.

Shels fans have seen their young team grow and although results don’t show it, Duff believes they’re picking up steam at a pivotal juncture. If that is the case, they’d better begin proving so.

Shane Farrell and Sean Boyd both spurned two first-half efforts in their 2-0 home defeat by Sligo Rovers last time out, while Jack Moylan and John Ross Wilson – back from suspension – threatened Luke McNicholas’ goal to no avail.

Before that defeat, the 38-year-old spoke about a togetherness in their play that had been missing, and how the upcoming challenge was managing to maintain consistency while instilling belief within the players’ minds after what has been an underwhelming campaign so far.

Mathematically out of contention for European qualification, the cup provides a distraction and chance at silverware – one thing Long laments not having achieved after eight years in charge.

They’re three games away from doing just that, though they’ll need more than a bit of Liam Burt magic to progress into the semi-finals. His 72nd minute wonderstrike snapped a four-match league winless run, but that triumphant feeling merely lasted a week. 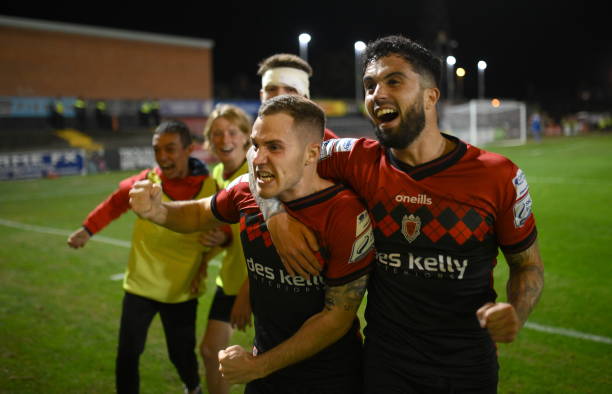 The belief is, much like Shels, they have frequently dropped points during games they deserved much better in. Unable to build from impressive one-off results means these cup commitments are even more significant, especially in a scenario where form is often irrelevant.

So, who will prevail?