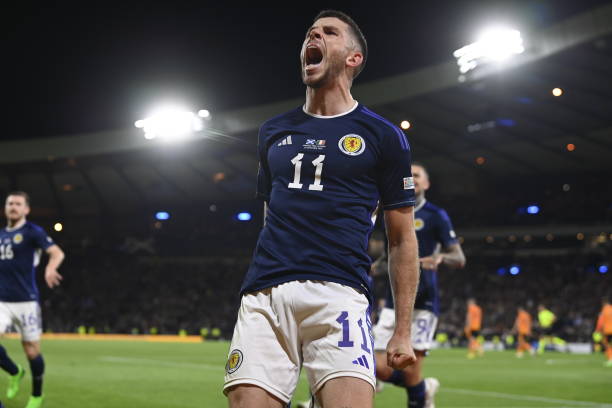 Second-half goals from Jack Hendry and a Ryan Christie penalty saw Scotland recover from behind to overwhelm Ireland at Hampden Park, returning top of Nations League Group B1 ahead of their final group game against Ukraine in Poland on Tuesday evening. As for the Irish, they’ll be hoping for more incisiveness when playing host to Armenia in a must-win clash. 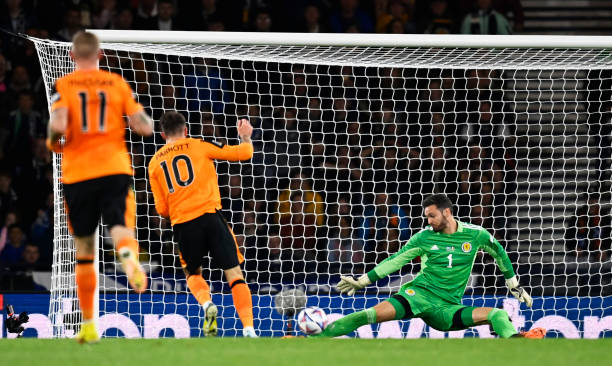 The hosts began assured and seemed purposeful in possession, advancing intently with captain John McGinn and Lyndon Dykes among those charging forward.

Ryan Christie and Scott McTominay had hopeful first-half efforts, before Ireland twice had the ball in the back of the net. The first was correctly ruled offside, as Troy Parrott’s overlapping run was a touch early before he wriggled free to score.

He combined with Michael Obafemi to threaten once more shortly later, though Hendry made a big block to fend him off in the area. There wasn’t much anyone could do about John Egan’s well-struck opener though in the 18th minute.

Jayson Molumby reacted quickest to flick the ball into the danger zone after a partial clearance, with the centre-back smashing beyond Craig Gordon at his near post.

Scotland responded well to that setback, creating many half-chances. McGinn snatched at two chances in three minutes, while Christie lacked the execution to finish a well-worked passing move, attempting to slip through Stuart Armstrong but overhitting the final ball.

The hosts had a genuine penalty shout ignored as Parrott fouled Tierney in the box. The Arsenal fullback couldn’t continue after a head knock, but soon enough they would equalise after the restart through another defensive teammate.

Christie finally got his assist, four minutes after the interval after an unmarked Hendry left Bazunu no chance with a looping header – watching it flick in off the far post to equalise. 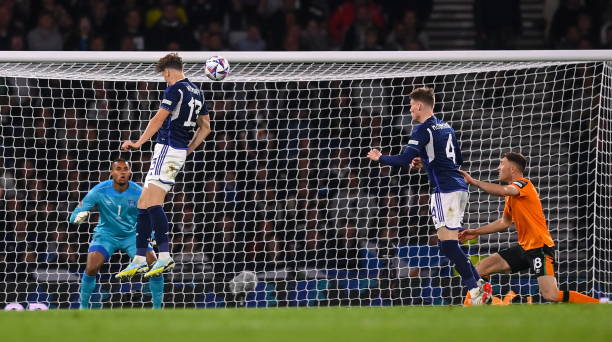 Dara O’Shea and Nathan Collins made last-ditch challenges to help weather the Scotland storm, before Parrott missed a great chance to retake the lead for Ireland.

Callum McGregor’s loose pass saw Obafemi sprint clear and Gordon did well to thwart him from close-range, but he had time, space to pick his spot and really should’ve scored.

Chiedozie Ogbene, on in Obafemi’s place minutes later, made himself a nuisance and almost scored too – later Matt Doherty and Egan made timely blocks as Scotland threatened again. 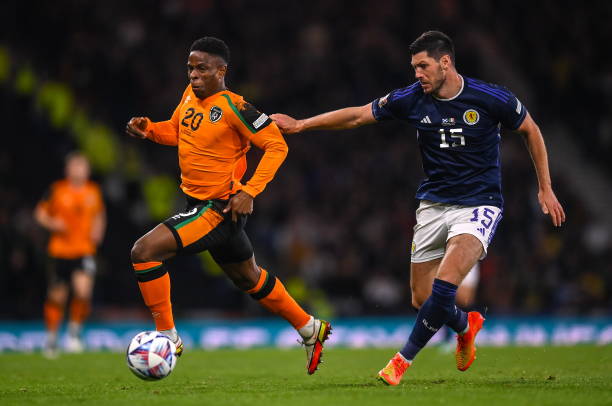 Questions were raised and a lengthy VAR check needed after Scotland were awarded a penalty on 80 minutes after substitute Alan Browne handled McTominay’s header.

From the spot, Christie was composed in sending Gavin Bazunu the wrong way to slot home their matchwinner – on an evening where fine margins settled the frantic encounter.

It means the Scots need just a point in Krakow to secure League A promotion, while a must-win clash awaits Ireland against Armenia on Tuesday. They can take heart from this display, but also know more incisive displays are needed to wrap up games when they’re leading in future.