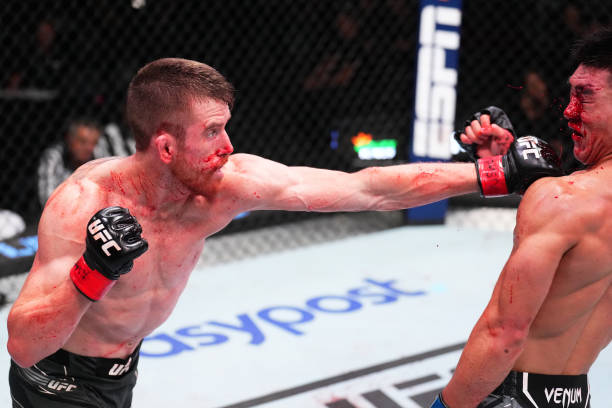 With no UFC event taking place last weekend, and Saturday’s UFC Vegas 61 card not attracting much buzz, I take a look back at the promotion’s most recent headliner: Cory Sandhagen’s return to the win column at bantamweight against rising young contender Song Yadong. 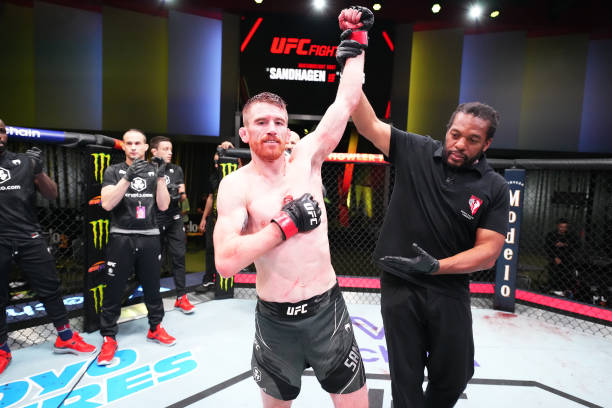 Cory Sandhagen defended his #4 bantamweight ranking at 135lbs, inflicting the second UFC defeat on Song Yadong’s resume with many – including champion Aljamain Sterling and other prospective opponents – all keeping a close eye over an entertaining Fight Night main event.

He shot for an early takedown in the first few seconds but couldn’t maintain the position, as commentators suggested he wanted to physically wear on the Chinese over time. 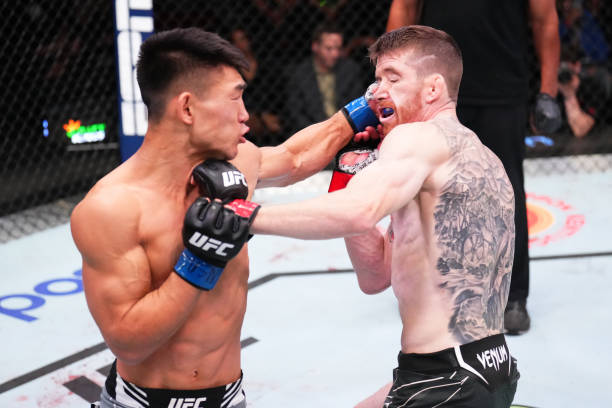 Yadong, known for his power punches and stand-up proficiency, landed multiple left-hand counter shots whenever Sandhagen looked to close the distance too hastily while also showcasing his grappling comfortability after stuffing more takedowns.

Following a close R1, Yadong stumbled Sandhagen back up against the fence with another well-timed left hand. Cory’s acrobatic strikes were both predictable and physically taxing, as was the takedown tendencies, though soon the fight’s complexion changed rather drastically.

The 24-year-old fought well up to that point and you could argue he was leading, yet suddenly had to fend with a nasty deep-looking cut trickling into his right eye after absorbing an up elbow.

Impacting his eyesight and giving Sandhagen a target to pinpoint, the cageside doctor told referee Herb Dean to keep tabs on it between rounds as their competitive exchanges continued. 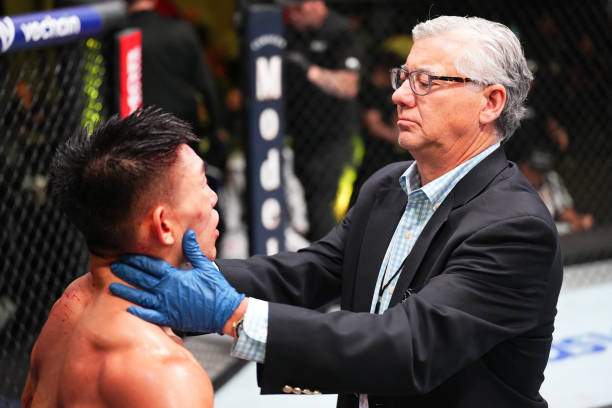 Into the third they went and Yadong’s inability to quickly close the distance proved decisive as chopping elbows and Sandhagen investing in his wrestling-heavy tactic helped establish control.

Yadong still landed his own attacks, but the visual of blood seeping and him absorbing more punishment – durable or not – wouldn’t have helped the judges favour him on the scorecards.

They didn’t get to the final horn, though the doctor again put the responsibility on Dean as Song’s cut worsened before R4. A takedown helped briefly change the pace for the Chinese, as he continued whizzing power shots and showcased his head movement too.

Sandhagen’s persistence helped him finish the fourth on top up against the fence and that was the final sequence, swarming Song before another inspection mercifully saw a doctor stoppage.

“I can’t see at all,” you could hear Yadong say afterwards when briefly discussing the stoppage with a compassionate opponent who again ventured into the championship rounds and showed why he’s so highly-rated – and still getting better – in a division packed with contenders. 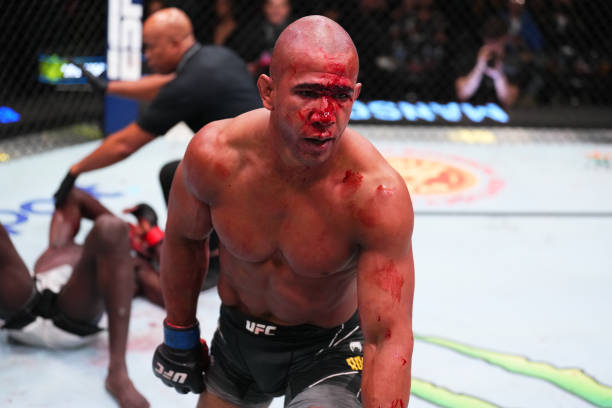 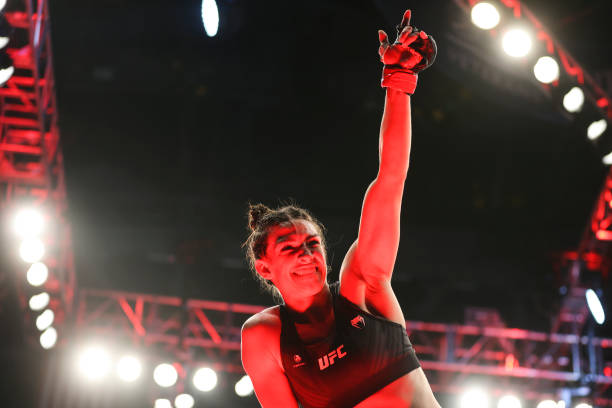 Dern, here after her split decision win over Tecia Torres back in April, wants to keep the train going

Up next: UFC Vegas 61 this weekend, headlined by a five-round main event between strawweight contenders Mackenzie Dern (#5) and Yan Xiaonan (#6) while welterweight Randy Brown and #12 featherweight contender Sodiq Yusuff both return elsewhere on the main card.