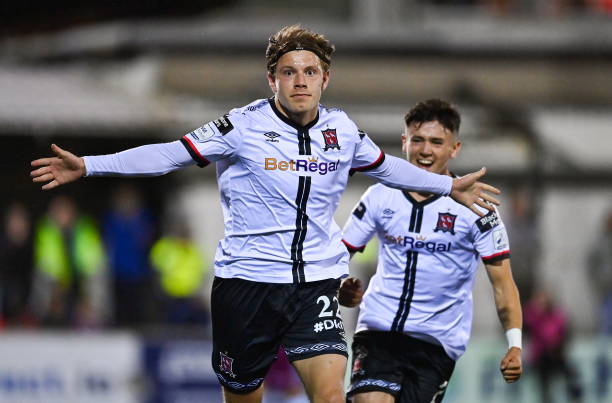 Having found themselves locked in a game of the season contender at Shelbourne on Monday night, St Patrick’s Athletic travel to fellow European hopefuls Dundalk keen for better fortunes in Friday’s 7.45pm kick-off from Oriel Park: 3rd vs. 4th. So then, who will hold their nerve as the prospect of a top-three place intensifies, with only five matches of the season remaining?

as europe beckons, this represents a Must-win clash for both 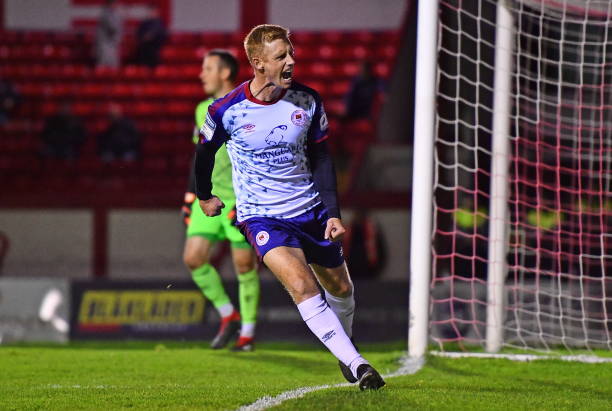 They thrice had to recover from a deficit to secure a hard-fought 4-4 draw at Shelbourne earlier this week, one closing the gap on Dundalk to four points before this evening’s decisive clash as both remain in the hunt for UEFA Conference League qualification with five matches remaining.

Eoin Doyle scored a pair of second-half penalties, improving his goalscoring tally to 12 for the campaign, after Barry Cotter and a Sean Boyd own goal had the sides level, 2-2 at half-time.

It wasn’t to be, though the 850 travelling supporters certainly had an evening they’ll never forget after watching a topsy-turvy tussle unfold. Naturally, they’ll prefer a comprehensive and nerve-easing away victory this time around against an inconsistent Dundalk side.

After a goalless draw vs. Shels, they recorded successive 3-2 defeats – by relegation-threatened UCD, before Waterford put them to the sword in their FAI Cup quarter-final on Sept. 16.

The timing couldn’t have been better then, to snap a three-match winless run against ten-man Drogheda this time last week. Runar Hauge’s penalty and a Dane Massey own goal in a whirlwind five-minute spell before half-time sealed the victory for Stephen O’Donnell’s men.

Dundalk centre-back Sam Bone, a first-team regular under O’Donnell, didn’t mince his words about their recent form. He discussed the horror of conceding so much of late during important games but remained upbeat when previewing tonight’s clash:

“It was important for us to win, the gaffer said as much and luckily we did that: gives us that confidence. It’s been a horrible two-to-three weeks — probably the worst of my career personally — great relief to beat Drogheda, back on the horse now and there’s loads to play for.”

The 24-year-old Charlton academy graduate is among many poised to be involved here who used to play for St. Pats, in a clash billed as a brewing rivalry between the duo with a big atmosphere awaiting them given the stakes involved. So, who will handle the occasion better?