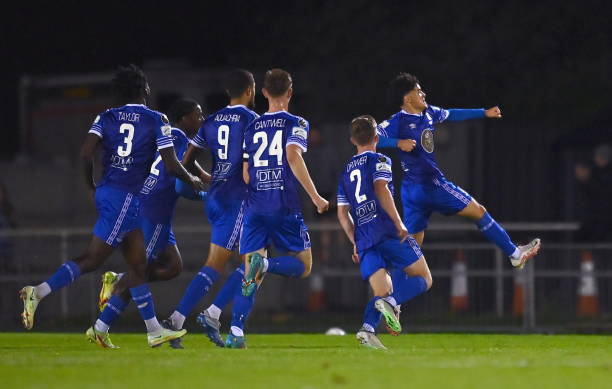 Waterford look to extend their five-match winning streak when hosting Shelbourne in Sunday’s 4.45pm kick-off from the RSC, knowing potentially just 90 minutes stand between them and this season’s FAI Cup Final. Will they produce another result against top-tier opposition here?

with final now in reach, Fortune favours the brave 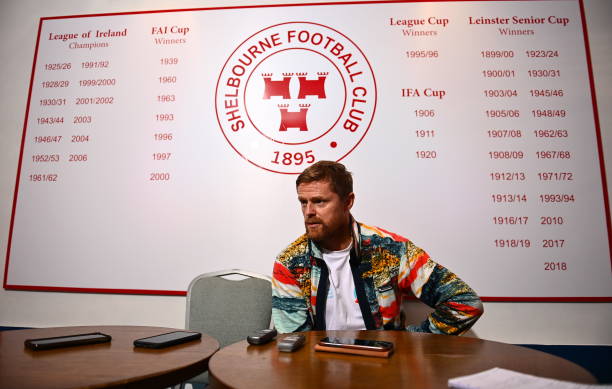 Time to shine: Damien Duff during a media conference this week – his side need a big away display

Waterford vs. Shelbourne
FAI Cup, Semi-Final — Kick-off at 4.45pm, Sunday
Follow the live action as it unfolds with my coverage here

As it stands, their 3-0 win over Treaty United last Friday has also propelled them in pole position for the optimal promotion playoffs later this month.

However, the unpredictable nature of cup football means recent form is often rendered irrelevant as the high stakes and consequences are laid bare.

Shelbourne were helped by their sloppy visitors in Bohemians, but still had a job to do. Jack Moylan’s opener, followed by a Sean Boyd brace, helped Damien Duff’s men to a big result.

In truth, they haven’t had many of those to savour in the Premier Division this term.

They sit seventh in the league, only the bottom three sides have won less games and for all their promising talk of development, consistent results evade their grasp.

That’s what makes this cup run even more encouraging, with the prospect of silverware drawing ever closer as Duff’s first year in management comes to a close.

To clear this penultimate hurdle though, they must collectively defend better and with more courage than has been displayed lately. Duff has publicly praised JR Wilson and others for their top-class attacking performances of late, but defensively they often leave a lot to be desired.

They’ve conceded eight in their last three and vulnerabilities will be exposed against weaker opposition flying high domestically themselves. Waterford have had a more arduous route to reach this stage: knocking off two Premier Division sides while gaining confidence along the way.

This represents the first H2H meeting between the pair for two years, back when both were Premier Division teams. That day, Ryan Brennan’s 83rd-minute late winner stung Waterford.

They’ve also lost both FAI Cup ties in a H2H record favouring their visitors, so the omen is an unsettling one. Can they banish their hoodoo and produce when it matters most here?