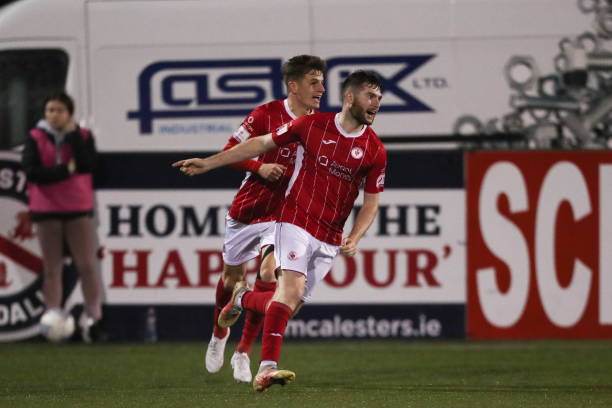 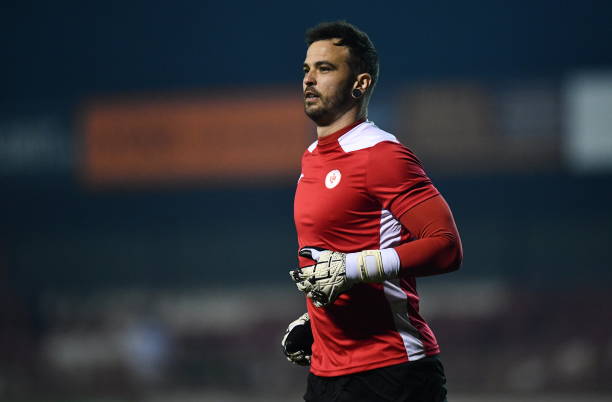 Brush was a worthy Man of the Match, regularly keeping the visitors’ dangerous deliveries at bay

As mentioned in the introduction, results elsewhere tonight coupled with this slender defeat means the Saints need Derry City – qualified through their league position – to beat Shelbourne in the FAI Cup Final on November 13, if they’re to play European football next term.

Tim Clancy’s men could only blame themselves for wasting a handful of chances in either half, kickstarted three minutes into proceedings after Eoin Doyle somehow failed to profit off goalkeeper Richard Brush’s early mistake from an underhit backpass.

Chris Forrester had a toe-poked effort cleared off the line, before Serge Atakayi and Thijs Timmermans both also threatened in the first-half.

Paddy Kirk, Keena and Kailin Barlow all fashioned half-chances for the hosts, reduced to hopeful strikes from distance by a diligent defensive display from the Saints.

They appeared to be playing a 5-3-2 formation with teenage fullback Sam Curtis tucking in off-the-ball, aiding them defensively after conceding four away at Shamrock Rovers last week.

It worked a treat but made for a frustrating watch at times, as both struggled to produce much incision in the final third and there were scrappy midfield battles.

After a delayed restart following some unsavoury crowd trouble, things took a positive turn for the hosts but not immediately. They would’ve been thankful for more poor execution in attack by Atakayi, after Barry Cotter’s bursting run through midfield went unrewarded.

Then, they benefited from a controversial officiating decision without warning.

Paddy Barrett appeared to marshal Aidan Keena off the ball with a firm but fair shoulder barge, though the referee didn’t seem to think so and quickly pointed to the spot after 53 minutes.

While third-placed Dundalk led 2-0 at home against Bohemians, their closest rivals were probing frantically in search of a spark.

Mark Doyle replaced Barrett in an attacking alteration, though the game remained stop-start as stoppages for knocks, soft fouls and bookings were a constant theme.

It may have been worse still.

but for Joe Redmond producing some excellent defending under pressure to keep Adam McDonnell at bay as the midfielder edged dangerously towards goal, before Ben McCormack replaced St. Pats’ young player of the year Adam O’Reilly with tired legs a factor.

He then found himself with their biggest opportunity of the second-half, hand delivered on a plate into his feet by Curtis’ latest excellent floated pass.

The 19-year-old watched ruefully as Brush tipped the strike around the post, before the subsequent corner quickly fizzled out.

Some gamesmanship, more questionable officiating and Brush brilliantly keeping his clean sheet intact followed before the referee eventually blew his whistle for full-time.

Former Cameroon international midfielder-turned commentator Joseph N’Do – who played for both during his well-travelled career – said afterwards that the Saints must look at the positives, but it’s hard to see any after tonight’s display.

They created many chances yet had nothing to show for it, were hard done by with inconsistent officiating while the matchwinner came from a penalty that shouldn’t have been given.

Sligo could not mathematically overtake their visitors regardless but Dundalk confirmed their UEFA Europa Conference League qualification berth after tonight’s events and won’t mind.

St. Pats though, now reflect on an underwhelming end to the campaign after enjoying a promising summer.