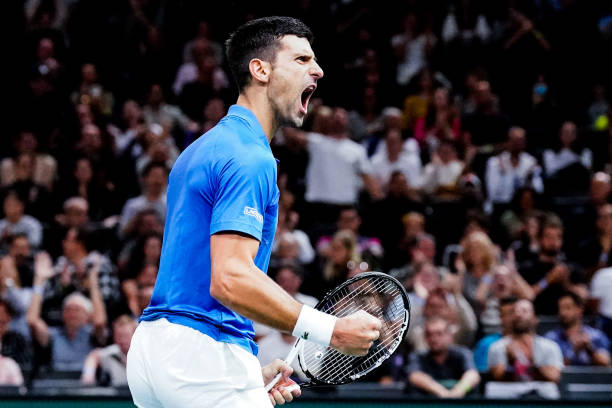 Novak Djokovic began the defence of his Paris Masters title with a hard-fought round two victory against a stubborn Paris-born American in big-serving Maxime Cressy, 11 hours after Aryna Sabalenka recovered from the brink and battled stomach pains to beat two-time Major finalist Ons Jabeur in a three set rollercoaster on Day 1 at this year’s WTA Finals. 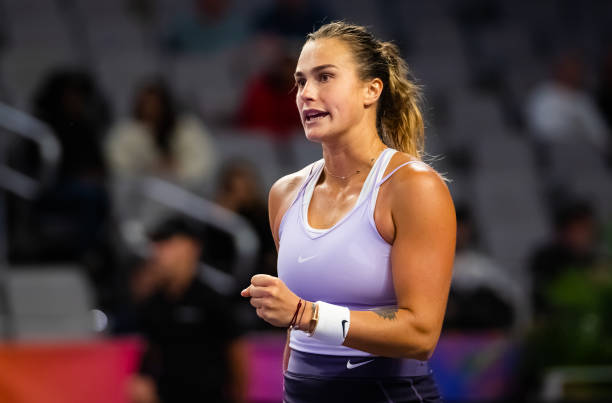 Ons Jabeur’s struggles against top-10 players continued, tussling and toiling en route to a difficult three-set defeat by Aryna Sabalenka overnight. The 24-year-old Belarusian was, at one stage, 4-2 down in the decider and struggling to establish much continuity with rally balls.

Her serving made for a tough watch too, gifting multiple free points and allowing the Tunisian sustained opportunities to attack second serves. However, her fearsome power and stark levels of precision arrived at precisely the right time, breaking back to apply pressure on Jabeur.

The momentum had drastically shifted in her favour and you could see she was playing with renewed freedom. Having only qualified for the year-end finals last week, many expected her small post-US Open schedule – and early defeats – would see her drop out of the top-eight.

When you’re playing with nothing to lose, you can produce your best. Jabeur, increasingly frustrated with her own levels, had no answers to arrest a spirited fightback and questions will continue to persist after that result whether she’s truly ruthless enough when it matters most.

A few hours prior, Maria Sakkari avenged her Masters 1000 final defeat by Jessica Pegula in Guadalajara just eight days later with a morale-boosting 7-6, 7-6 victory over the world no. 3.

It leaves the Nancy Richey group finely poised after one round of matches, with Pegula-Jabeur and Sabalenka-Sakkari up next on Wednesday evening and Thursday morning (BST). 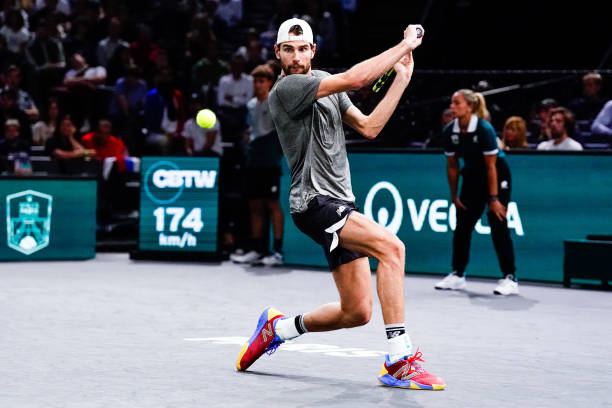 Cressy had his moments, but played a poor first set tiebreak and his resolve waned after that

After successive titles in Tel Aviv and Astana last month, Novak Djokovic returned against a tricky opponent who – unpredictable form aside – has disrupted many top players’ rhythm in recent seasons. The next thing he must maintain though, easier said than done, is consistency.

Maxime Cressy’s serve-and-volley gamestyle, while an uncommon one in tennis today, can either prove to confound any opponent or fail him when he needs it most. This was a first H2H meeting between the pair and while promising in the early stages, the latter could be said here.

Despite saving four break points, flickering between aces and double-faults, Cressy’s inability to make sufficient inroads into the Djokovic service game ultimately hurt him as time wore on. It didn’t help his case that longer rallies were regularly won by the 21-time Major champion.

The 35-year-old served well and moved even better across the court throughout, unfazed by being pulled from behind the baseline to the net more than usual given Cressy’s capabilities.

Cressy created some doubt by maintaining parity on the scoreboard, forcing a first set tiebreak after enduring some elongated service holds, but played a poor breaker and lost it 7-1.

Djokovic grew in confidence afterwards, with his expert shot-making helping secure victory without more fuss. Up next is Russia’s Karen Khachanov on Thursday, after the US Open semi-finalist edged past Marc-Andre Huesler in three sets elsewhere during the evening’s session.