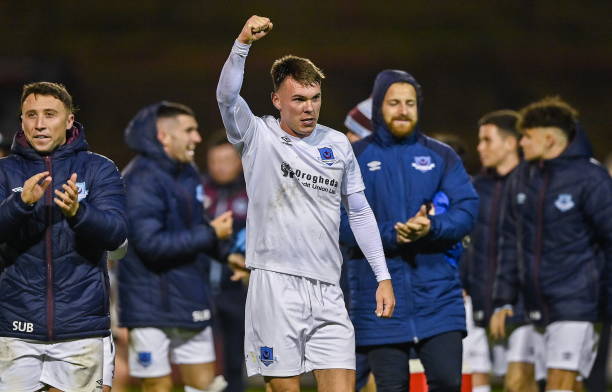 Two sides struggling for wins this term collide at United Park: Drogheda United host already-relegated Finn Harps in Sunday’s 7pm KO – the visitors’ final top-flight clash as the First Division awaits them in 2023. Will it be a happy end for Harps, or can the Drogs finish strong?

harps hope to end underwhelming campaign on a high 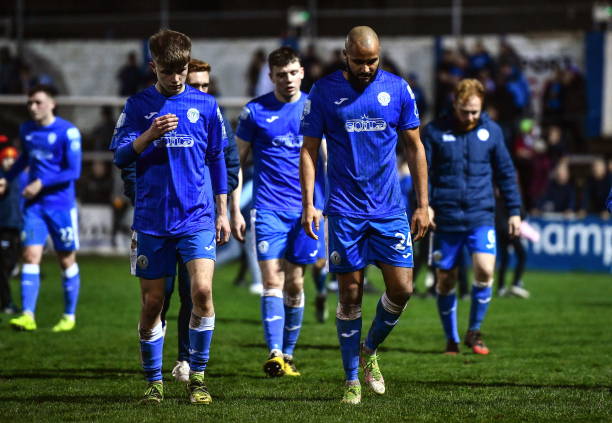 Harps players trudge off after losing 3-1 against struggling rivals UCD, confirming their relegation

There’s a real end-of-season feel to things as far as both are concerned, though both want to sign off their campaign with a morale-boosting victory.

Despite scoring first through Conor Tourish, Finn Harps conceded immediately afterwards and subsequently lost a bottom-of-the-table clash 3-1 against UCD last weekend. That result means they can no longer mathematically leapfrog them into the league’s relegation playoff position.

Drogheda, by comparison, have almost double their points tally and still find themselves away from mid-table contention rooted in eighth place.

Ollie Horgan, the visitors’ manager, told the club’s official website of their collective disappointment but stressed their desire to relieve some of the hurt away from home tonight.

“We’re all very disappointed after last weekend – at the beginning of the season our goal was to take it to the last day, unfortunately fell short. Things haven’t gone our way at times this year but we can have no complaints with how the table has ended up, weren’t good enough to stay in the division and full credit to UCD who have kicked on in the last few weeks where we did not.

We’re still going to Drogheda with a job to do, they’ll want to end their season on a high in-front of their support. Playing for pride, there’s a lot of hurt in that dressing room and we’re hoping to sign off the season with a win of our own.”

As for team news, experienced fullback David Webster misses out through injury while midfielder Elie-Gael N’Zeyi and attacking duo Eric McWoods and Rob Jones are all listed as doubtful.

Although winless in eight, they hope to exploit their hosts’ defensive frailties after the Drogs were swatted aside 6-0 – including two first-half penalties – by FAI Cup finalists Shelbourne last Friday.

They’ve almost conceded double their goal tally (32 for, 58 against) and given their uninspiring form, it’s no surprise their club website hasn’t been properly updated for a while now.

Speaking of updates, supporters are invited to an end-of-season review on November 14 where they’ll set out their plans for 2023, potential investment and more besides.

It will be interesting to see how they bridge the gap between themselves and their rivals in seasons to come, but first off, they’ve got a chance to finish strong at home.