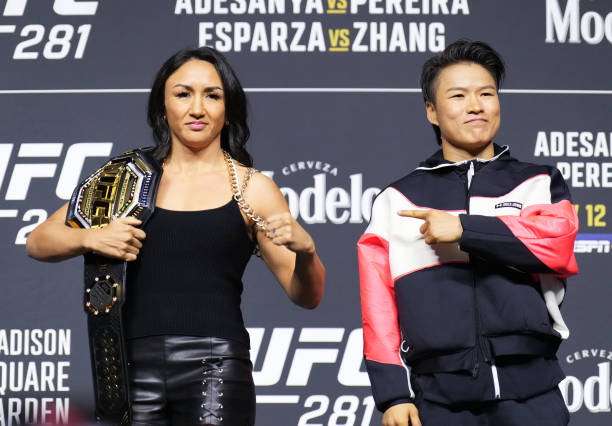 A decision machine. Far from entertaining. Part of the worst title fight in UFC history. The list goes on for Carla Esparza, a two-time strawweight champion not getting the respect her achievements deserve. The first title defence of her second reign against Zhang Weili on Saturday night is one many expect she’ll lose, handily at that, but the 35-year-old is excited.

Esparza looking to right a few wrongs this weekend 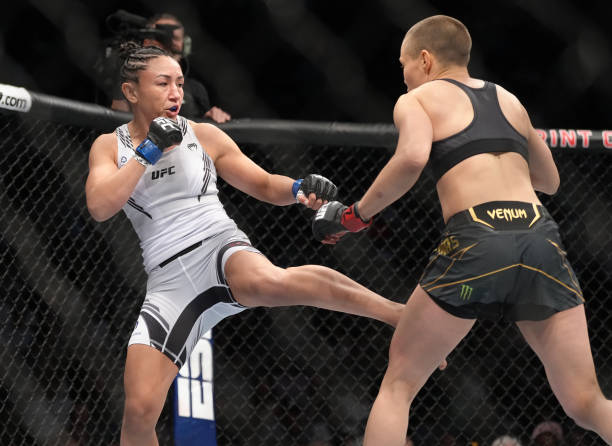 Esparza played her part in a rough watch on May 7, beating then-champ Rose Namajunas

Just like she managed against Yan Xiaonan in May 2021, defending women’s strawweight titlist Carla Esparza hopes her first championship defence against Zhang Weili this weekend goes some way to silencing the detractors after a dull title fight six months prior at UFC 274.

After earning a close decision win over Thug Rose in a rematch without much noteworthy action, Esparza was aware her accomplishment was overshadowed by a forgettable co-main event.

During an interview with Morning Kombat, she addressed that before moving forward:

“It’s definitely a bummer to win a fight like that. Not being able to just have, like, this strong performance or finish, or show all the work you’ve been putting in camp, it’s a bummer and obviously fans were disappointed.

It definitely put a little cloud over the win, but that’s the right I can make in this fight. I’m excited to put it all on the line.”

In her defence, Esparza – who beat Namajunas to clinch the division’s inaugural title in December 2014 – tried pressing the action but Rose was tentative and unwilling to engage.

“It is what it is, you had these two conflicting gameplans.

I wanted to go forward and I did, but wasn’t going to be reckless – Rose’s like a sharpshooter when it comes to knockouts. I think she was kind of waiting for me to lose my patience and get wild, which didn’t happen.”

Weili unafraid and full of confidence after JJ KO 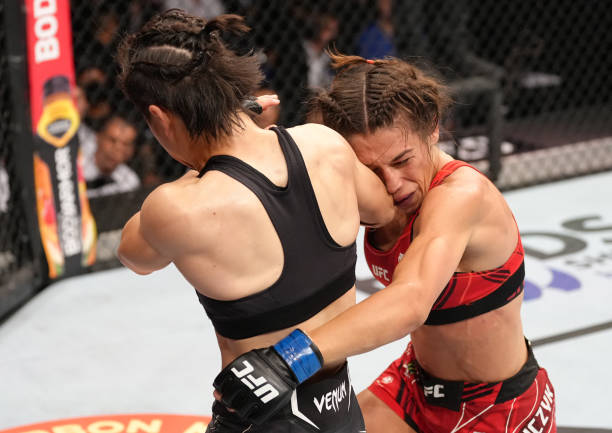 Zhang Weili’s eight-fight UFC run has been eventful to say the least since her debut in August 2018. She needed just 42 seconds to blitz Jessica Andrade to win the title, twelve months later.

Weili defended it with a Fight of the Year battle vs. Joanna Jedrzejczyk, weeks before COVID-19 saw the world shut down. In April 2021, she was dethroned by Namajunas with a R1 head kick flash KO and six months later, lost a highly-disputed split decision during their rematch.

Most recently though, she viciously ended Jedrzejczyk’s championship aspirations in June – the Polish trailblazer retired afterwards – and found herself in pole position to challenge for gold once more after Esparza pipped Namajunas. On Wednesday’s media day, she had plenty to say:

“No matter if I’m the favourite or underdog, I prepared for this fight 100%. I won’t look down at Carla [because of the odds]. I’ll do my best Saturday night.

I think Carla is one of the best in our division, was the inaugural champ and won the title back after eight years – a great achievement I respect very much. I think her previous opponents, they got trapped and in her fighting rhythm.

I won’t be, I’ll set up some traps. I think I’m more well-rounded, no matter if we strike, wrestle, grapple, I have no problem fighting against her. I prepared a lot for this fight, be ready: some spectacular moment will happen in this fight. I don’t fear her wrestling or grappling, I don’t fear anything from Carla.”

Weili is a heavy favourite to reclaim the strawweight strap and has made noticeable adjustments to an ever-improving arsenal with the Fight Ready team – having returned to training in Thailand just days after an emphatic win last time out in June. We’ll see how this unfolds. 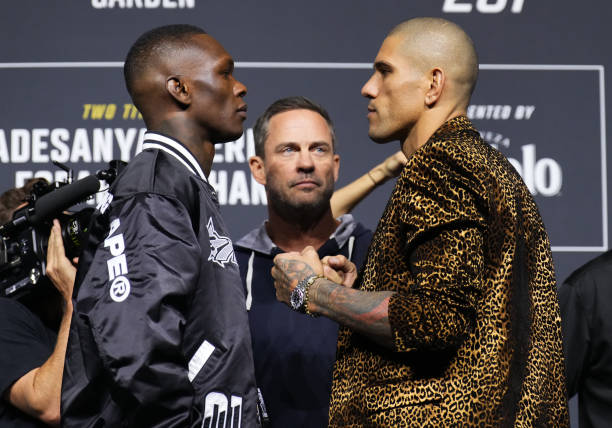